UNICEF still distributing aid to most regions in Afghanistan 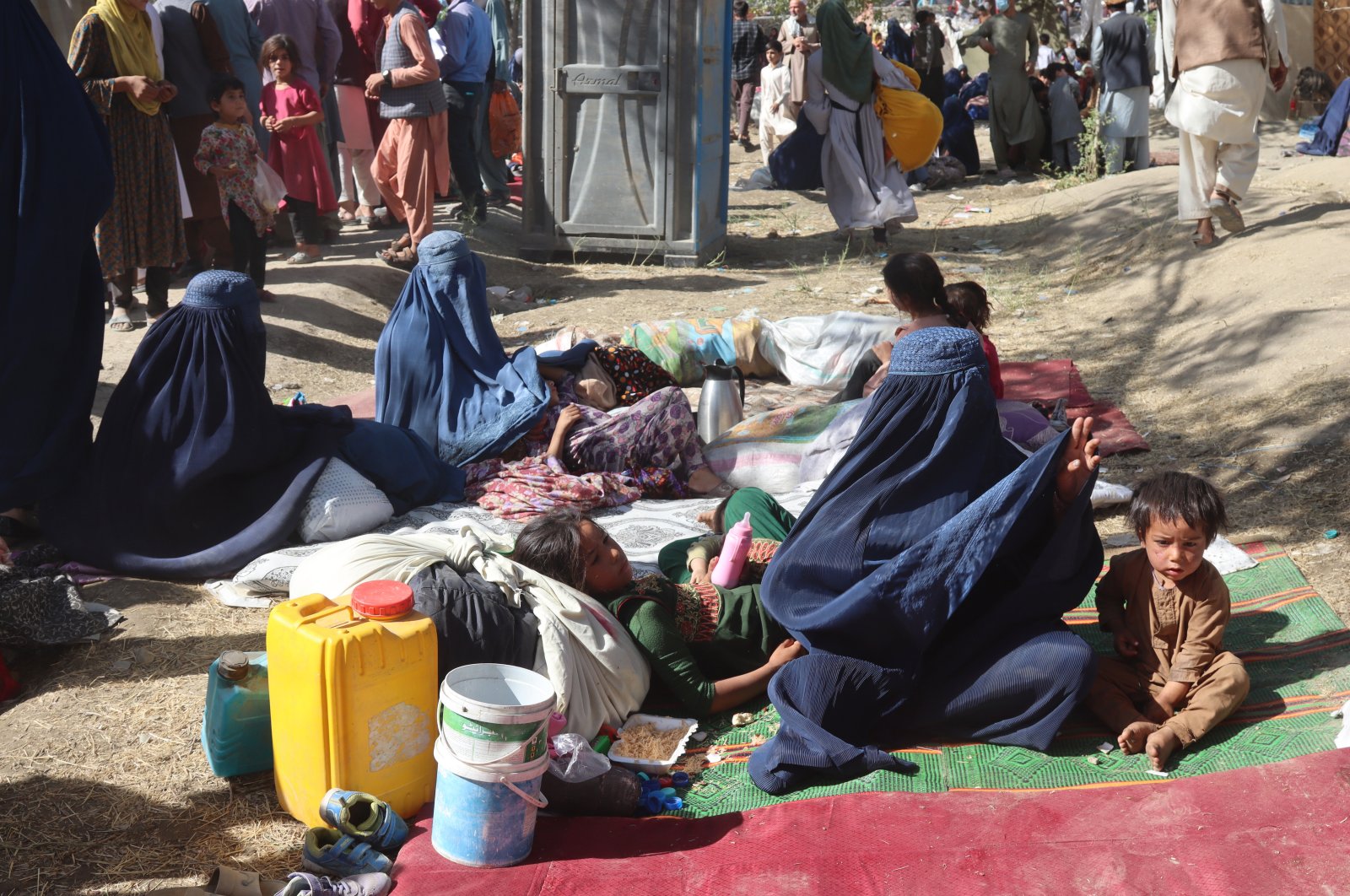 Afghans who are displaced from Kunduz and Takhar provinces due to fighting between Taliban and Afghan forces live in temporary shelters at a camp in Kabul, Afghanistan, Aug. 10, 2021 (EPA File Photo)
by REUTERS Aug 17, 2021 12:16 pm

The U.N. children's agency is still delivering aid to most parts of Afghanistan after the Taliban takeover and is quite hopeful for cooperation with Taliban representatives, the UNICEF field operations chief for the country said on Tuesday.

"We have ongoing discussions, we are quite optimistic based on those discussions. We have not a single issue with the Taliban in those field offices," Mustapha Ben Messaoud, UNICEF's chief of field operations in Afghanistan, told a U.N. briefing in Geneva.

Meanwhile, the top United Nations human rights official expressed fear on Tuesday for the safety of thousands of Afghans who have worked on human rights issues, while the U.N. refugee agency called for a halt to the forced deportation of Afghan asylum seekers.

"We are particularly concerned about the safety of the thousands of Afghans who have been working to promote human rights across the country, and have helped improve the lives of millions," Rupert Colville, spokesperson for Michelle Bachelet, the U.N. High Commissioner for Human Rights, told a briefing.

Shabia Mantoo, a spokesperson of the U.N. refugee agency UNHCR, said it had issued a "non-return advisory" to states calling for a halt to forced returns of Afghan nationals including asylum seekers whose claims had been rejected.