US amps up Myanmar UN envoy's personal security amid threat 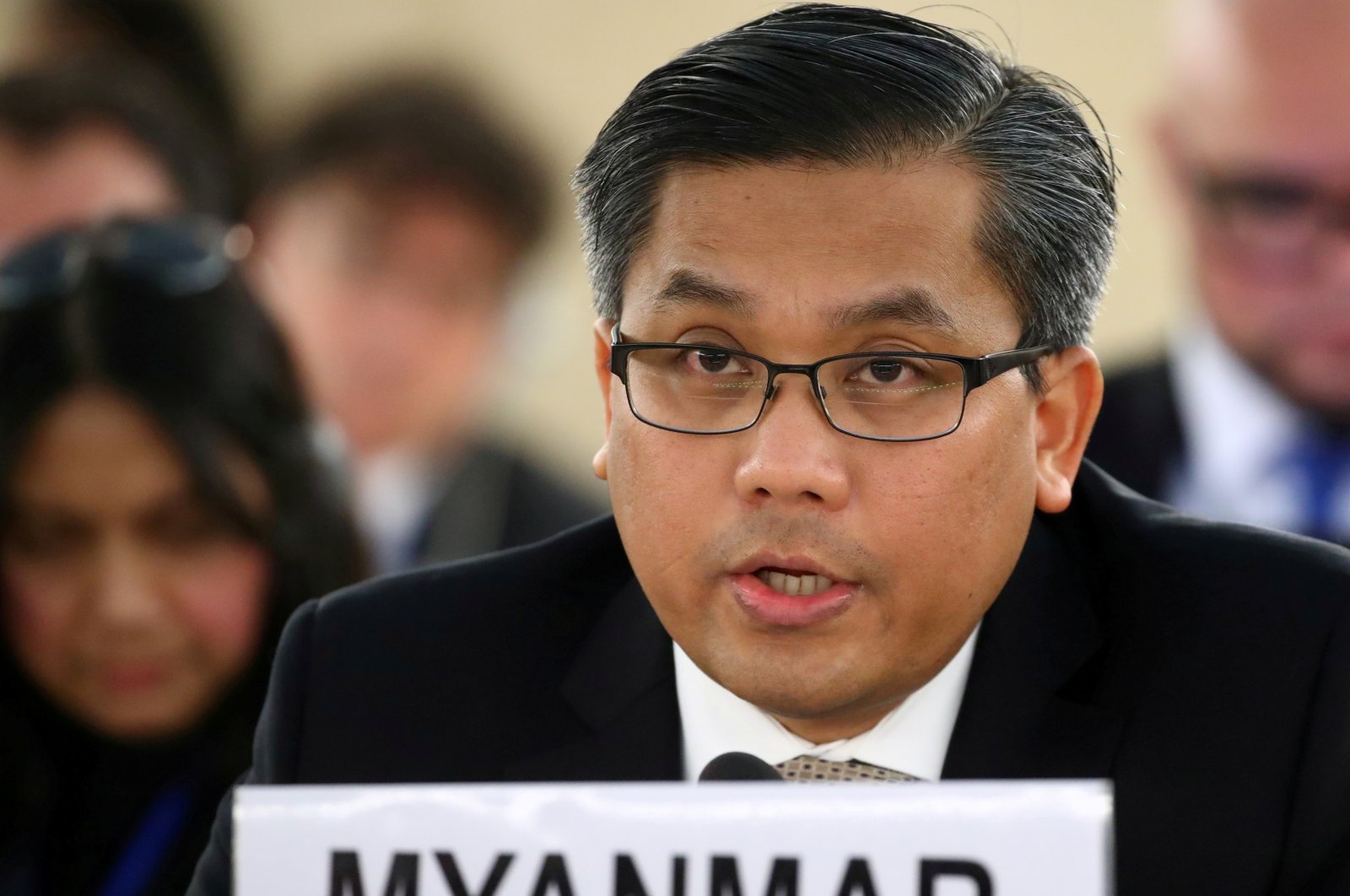 Myanmar's ambassador to the United Nations said U.S. authorities have scaled up his security due to a threat made against him.

The military leaders fired him then, but for now, he remains the country's U.N. envoy because the United Nations has not acknowledged the military takeover.

"Reportedly there is some threat. The police are working on it. Necessary security has be provided by the police," Kyaw Moe Tun told Reuters.

He was made aware of the threat on Tuesday.No further details were immediately available. The FBI did not immediately respond to a request for comment.

A State Department spokesperson said: "We do not discuss details of our protective operations."

Myanmar state television announced in February that Kyaw Moe Tun had been fired for betraying the country, a day after he urged countries to use "any means necessary" to reverse a Feb. 1 military takeover that ousted elected leader Aung San Suu Kyi.

Diplomats expect a showdown next month at the United Nations over whether Kyaw Moe Tun can remain Myanmar's ambassador or whether the country's military leaders should be allowed to replace him with a new envoy to the 193-member world body.In a letter to U.N. Secretary-General Antonio Guterres in May, the military's foreign minister Wunna Maung Lwin said he had appointed Aung Thurein to be Myanmar's U.N. ambassador.

Aung Thurein was a member of Myanmar's military from 1995 to 2021.Any rival claims to U.N. representation are considered by a nine-member credentials committee that reports to the General Assembly.

The committee will meet next month ahead of the 76th session of the U.N. General Assembly.