US carries out airstrikes against Taliban in central Afghanistan 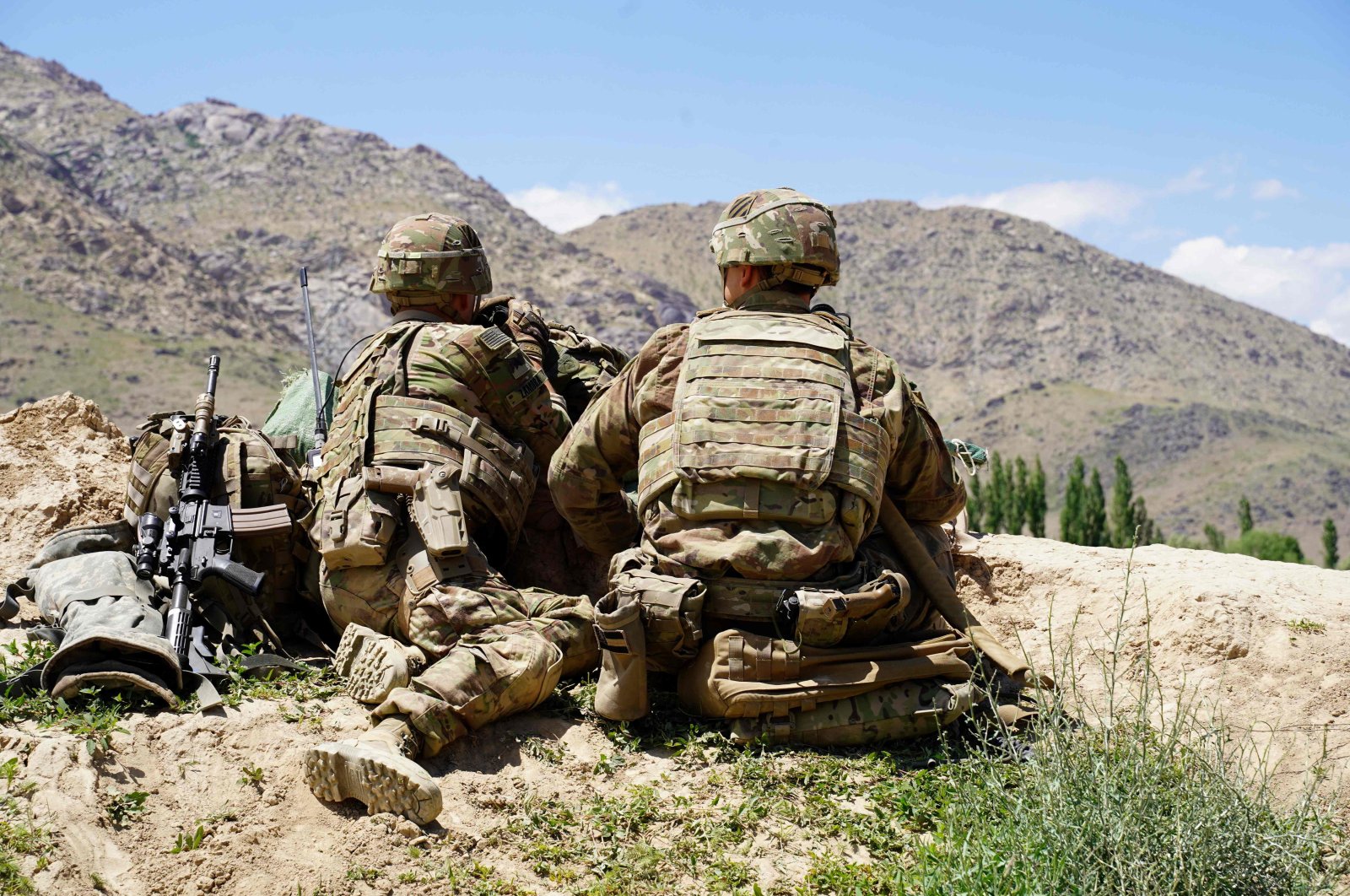 In this file photo, U.S. soldiers look out over hillsides during a visit of the commander of U.S. and NATO forces in Afghanistan Gen. Scott Miller at the Afghan National Army (ANA) checkpoint in Nerkh district of Wardak province, June 6, 2019. (AFP Photo)
by Compiled from Wire Services Oct 26, 2020 2:15 pm
RECOMMENDED

The United States carried out an airstrike against the insurgent Taliban in central Afghanistan on Sunday evening in order to defend Afghan security forces, the U.S. Forces spokesman said.

The airstrike in central Wardak province killed five Taliban fighters, Col. Sonny Leggett said in a Tweet on Monday, adding that the strike was in line with its February withdrawal deal with the Taliban.

"We reject the allegations of violating the agreement and of killing innocent Afghans," Leggett said, without elaborating.

When asked for comment, a Taliban spokesperson said that there had been no fighting when the strike took place, and it broke the terms of the agreement.

"This attack is a violation of the agreement and we condemn it," spokesperson Zabihullah Mujahid told Reuters.

Earlier this month, the Taliban accused the United States of violating the agreement following airstrikes in southern Helmand province, where government forces were desperately trying to repel hundreds of insurgents seeking to seize control of the provincial capital Laskhar Gah.

Thousands of Afghan citizens had to run away after days of intensive clashes that erupted between the country's security forces and the Taliban militants earlier this month. The violence in Afghanistan comes despite ongoing peace talks between the representatives of the Afghan government and the Taliban in the Gulf State of Qatar that kicked off last month.

Negotiators from both sides in Afghanistan’s yearslong war have been meeting in Doha since September in an attempt to draw up a blueprint for the country after U.S. and foreign forces leave next year.

Under the deal, that set ground rules to advance peace talks in Doha, foreign forces will leave Afghanistan by May 2021 in exchange for counterterrorism guarantees from the Taliban. The insurgents have so far refused to accept a cease-fire, with experts predicting long and tough negotiations to come.

American forces have already conducted several airstrikes in support of Afghan security forces under attack by the Taliban in the southern Helmand province two weeks ago.

U.S. military in Afghanistan said that strikes did not violate the U.S.-Taliban agreement signed in February and called on the Taliban to "immediately stop their offensive actions in Helmand Province and reduce their violence around the country."

Meanwhile, Afghanistan claimed Sunday it killed a top al-Qaida propagandist on an FBI most-wanted list during an operation in the country's east, showing the militant group's continued presence there as U.S. forces work to withdraw from America's longest-running war amid continued bloodshed.

The reported death of Husam Abd al-Rauf, also known by the nom de guerre Abu Muhsin al-Masri, follows weeks of violence, including a suicide bombing by the Daesh group Saturday at an education center near Kabul that killed 24 people.

Details over the raid that led to al-Rauf's alleged death remained murky hours after Afghanistan's intelligence service, the National Directorate of Security, claimed on Twitter to have killed him in Ghazni province.

The agency released a photograph late Sunday afternoon it described as al-Rauf's corpse, which resembled FBI images of the militant leader. The Afghan raid happened last week in Kunsaf, a village in Ghazni province's Andar district some 150 kilometers (90 miles) southwest of Kabul, two government officials said. Amanullah Kamrani, the deputy head of Ghazni's provincial council, told The Associated Press (AP) that Afghan special forces led by the intelligence agency raided Kunsaf, which he described as being under Taliban control.

On the village's outskirts, they stormed an isolated home and killed seven suspected militants in a firefight, including al-Rauf, Kamrani said. Neither Kamrani nor the intelligence agency offered details on how authorities identified al-Rauf, nor how they came to suspect he was in the village. Wahidullah Jumazada, a spokesperson for the provincial governor in Ghazni, said Afghan forces killed six suspected militants in the raid, without acknowledging al-Rauf had been killed. Kamrani alleged, without providing evidence, that the Taliban had been offering shelter and protection to al-Rauf. The Taliban told the AP on Sunday they are investigating the incident. If the Taliban had provided protection for al-Rauf that would violate the terms of its Feb. 29 deal with the U.S. that jump-started the Afghan peace talks.