US forces leave Afghanistan’s Bagram air base after 20 years 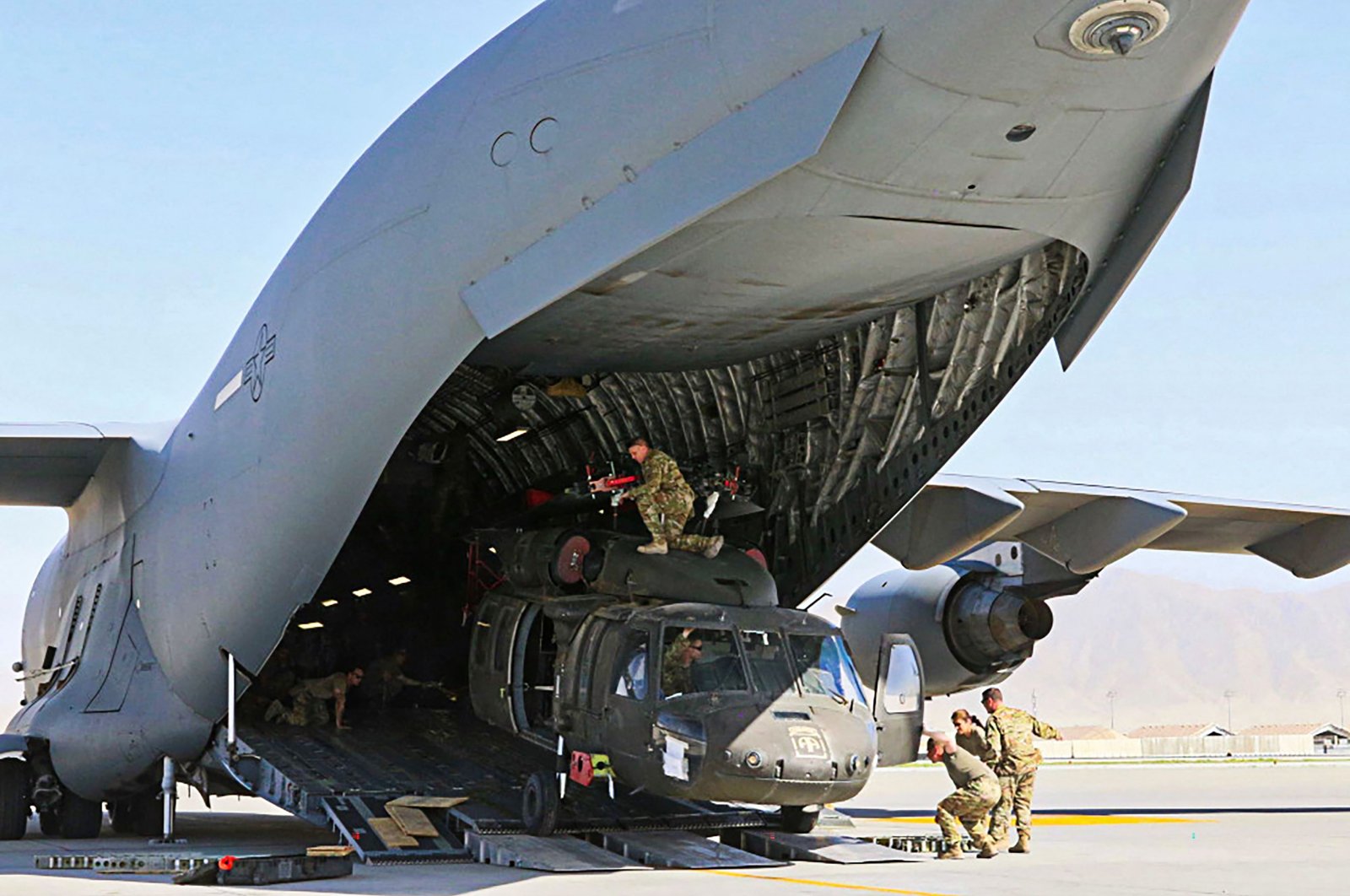 American troops pulled out of their main military base in Afghanistan on Friday, a U.S. defense official said, under an agreement with the Taliban allowing for the withdrawal of all U.S. forces from the country after a two-decade war.

"All American soldiers and members of NATO forces have left the Bagram air base," said the senior U.S. security official on condition of anonymity.

The U.S. military has coordinated its air war and logistical support for its Afghan mission from the Bagram air base, about 60 kilometers (40 miles) north of Kabul, and the withdrawal of the forces symbolizes the end of the U.S. military involvement in the country.

According to two U.S. officials, the airfield was handed over to the Afghan National Security and Defense Force in its entirety. One of the officials also said the U.S. top commander in Afghanistan, Gen. Austin S. Miller, "still retains all the capabilities and authorities to protect the forces.”

The withdrawal from Bagram Airfield is the clearest indication that the last of the 2,500-3,500 U.S. troops have left Afghanistan or are nearing a departure, months ahead of President Joe Biden's promise that they would be gone by Sept. 11. It was clear soon after the mid-April announcement that the U.S. was ending its "forever war,” that the departure of U.S. soldiers and their estimated 7,000 NATO allies would be nearer to July 4, when America celebrates its Independence Day. Most NATO soldiers have already quietly exited as of this week.

Announcements from several countries analyzed by The Associated Press (AP) show that a majority of European troops has now left with little ceremony – a stark contrast to the dramatic and public show of force and unity when NATO allies lined up to back the U.S. invasion in 2001.

The U.S. has refused to say when the last U.S. soldier would leave Afghanistan, citing security concerns, but also the protection of Kabul's Hamid Karzai International Airport is still being negotiated. Turkish and U.S. soldiers currently are protecting the airport. That protection is currently covered under the Resolute Support Mission, which is the military mission being wound down.

Until a new agreement for the airport's protection is negotiated between Turkey and the Afghan government, and possibly the United States, the Resolute Support Mission would appear to have to continue in order to give international troops the legal authority.

The U.S. will also have about 650 troops in Afghanistan to protect its sprawling embassy in the capital. Their presence will be covered in a bilateral agreement with the Afghan government.

The U.S. and NATO withdrawal comes as Taliban insurgents make strides in several parts of the country, overrunning dozens of districts and overwhelming beleaguered Afghan security forces. In a worrying development, the government has resurrected militias with a history of brutal violence to assist the Afghan security forces.

At what had all the hallmarks of a final press conference, Miller this week warned that continued violence risked a civil war in Afghanistan that should have the world worried. At its peak around 2012, Bagram Airfield saw more than 100,000 U.S. troops pass through its sprawling compound barely an hour's drive north of the Afghan capital Kabul.

The departure is rife with symbolism. Not least, it’s the second time that an invader of Afghanistan has come and gone through Bagram. The Soviet Union built the airfield in the 1950s. When it invaded Afghanistan in 1979 to back a communist government, it turned it into its main base from which it would defend its occupation of the country. For 10 years, the Soviets fought the U.S.-backed mujahedeen, dubbed freedom fighters by President Ronald Reagan, who saw them as a front-line force in one of the last Cold War battles.

When the U.S. and NATO inherited Bagram in 2001, they found it in ruins, a collection of crumbling buildings, gouged by rockets and shells, most of its perimeter fence wrecked. It had been abandoned after being battered in the battles between the Taliban and rival mujahedeen warlords fleeing to their northern enclaves. The enormous base has two runways. The most recent, at 12,000 feet long (3,660 meters long), was built in 2006 at a cost of $96 million. There are 110 revetments, which are basically parking spots for aircraft, protected by blast walls. GlobalSecurity, a security think tank, says Bagram includes three large hangars, a control tower and numerous support buildings.

The base has a 50-bed hospital with a trauma bay, three operating theaters and a modern dental clinic. Another section houses a prison, notorious and feared among Afghans. There was no immediate comment from Afghan officials as to the final withdrawal from Bagram Airfield by the U.S. and its NATO allies.

A Taliban spokesperson, Zabihullah Mujahid, told Reuters he had received reports that the U.S. forces had evacuated the base, which the Taliban welcomed.

"We consider this withdrawal a positive step. Afghans can get closer to stability and peace with the full withdrawal of foreign forces," he said adding that the withdrawal was also beneficial for the U.S. government.