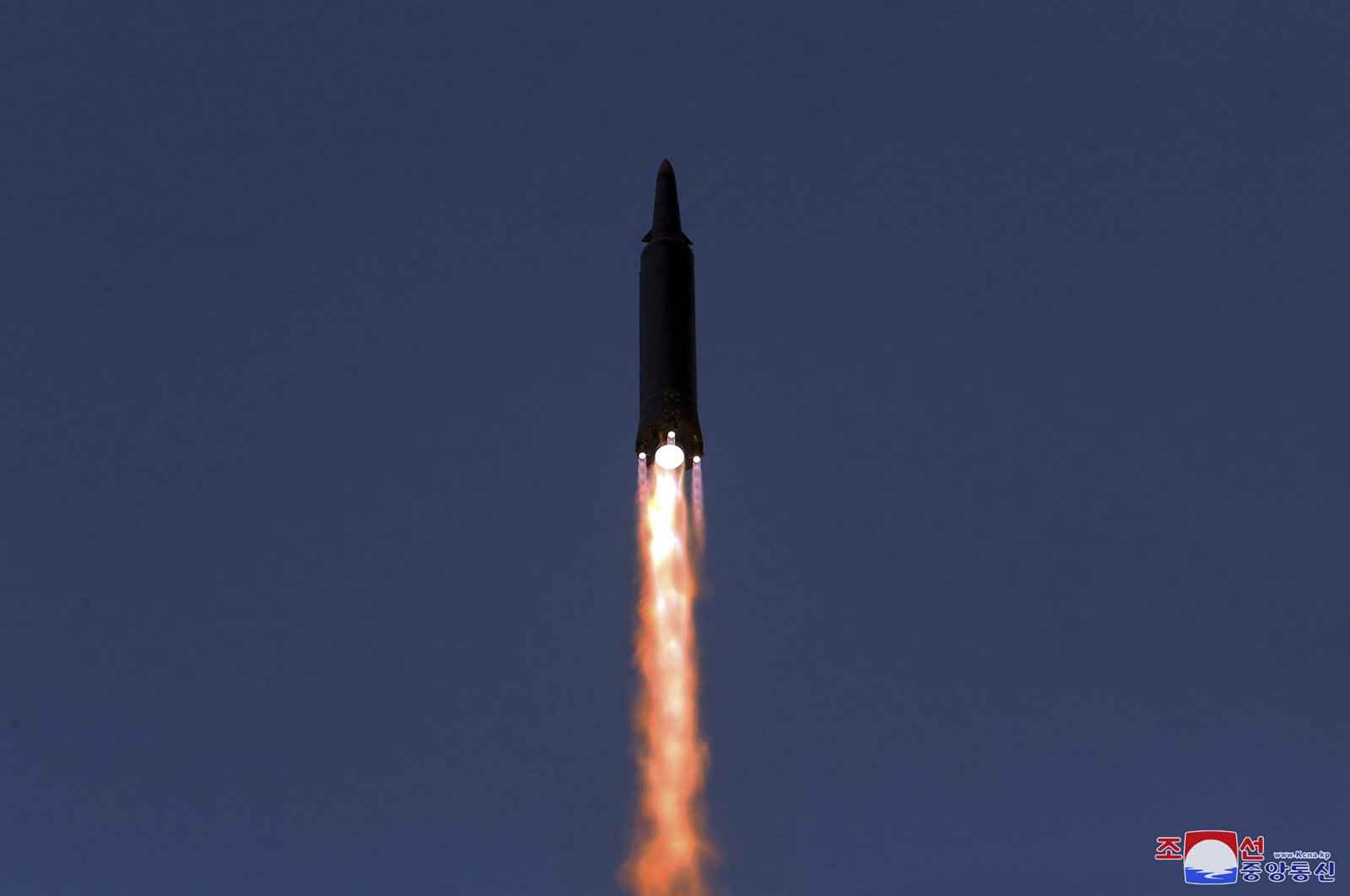 This photo provided by the North Korean government shows what it says is a test launch of a hypersonic missile in North Korea on Jan. 11, 2022. (Korean Central News Agency/Korea News Service via AP)
by reuters Jan 12, 2022 7:57 pm
RECOMMENDED

The United States on Wednesday imposed sanctions on six North Koreans, one Russian and a Russian company linked to North Korea's weapons program in an attempt to stifle its further development, just a day after the secretive nation launched another missile.

The U.S. Treasury Department said the steps aimed to prevent the advancement of North Korea's weapons programs and impede its attempts to proliferate weapons technologies.

It said they followed six North Korean ballistic missile launches since September 2021, each of which it said violated multiple U.N. Security Council resolutions.

U.S. Undersecretary of the Treasury for Terrorism and Financial Intelligence Brian Nelson said the moves targeted North Korea's "continued use of overseas representatives to illegally procure goods for weapons."

North Korea's latest missile launches were "further evidence that it continues to advance prohibited programs despite the international community’s calls for diplomacy and denuclearization," Nelson said in a statement.

The statement said the U.S. State Department had designated Russia-based North Korean Choe Myong Hyon, Russian national Roman Anatolyevich Alara and the Russian firm Parsek LLC for "activities or transactions that have materially contributed to the proliferation of weapons of mass destruction or their means of delivery."

The Treasury said Sim Kwang Sok, based in Dalian, had worked to procure steel alloys and Kim Song Hun, who was based in Shenyang, software and chemicals.

The second test in less than a week underscored Kim's new year's vow to bolster the military with cutting-edge technology at a time when talks with South Korea and the United States have stalled.

U.N. Security Council resolutions ban all North Korean ballistic missile and nuclear tests and have imposed sanctions over the programs.

Wednesday's actions freeze any U.S.-related assets of those targeted and prohibit all dealings with them.