US soldiers distribute pork to Afghans stuck at Kabul airport 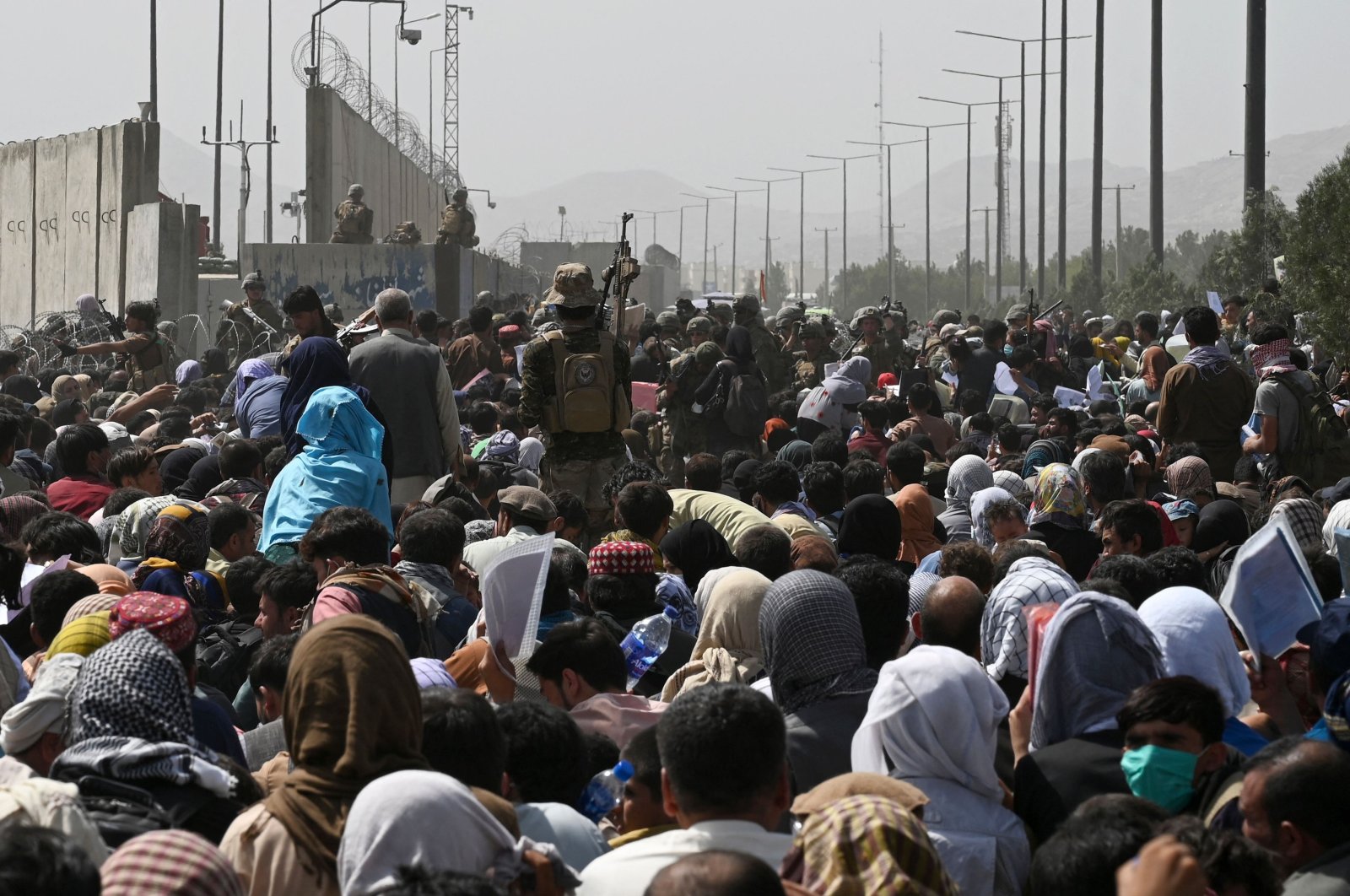 Afghans gather on a roadside near the military part of the airport in Kabul, Afghanistan, Aug. 20, 2021, hoping to flee from the country after the Taliban's military takeover. (AFP Photo)
by DAILY SABAH Aug 21, 2021 11:43 am
RECOMMENDED

United States soldiers stationed at the airport at Kabul Hamid Karzai International Airport are distributing pork-containing food packages to Afghans desperately waiting for a chance to flee the country.

An Afghan woman, who is stuck at the airport with her daughter and husband, shared a picture of the package on her Instagram account.

"Feeding us pork, which religiously is not allowed, and 95% of people here dont (sic) know how to read or speak English," she wrote as she posted a photo of the package containing "pork sausage patty, maple flavored."

"They're not handing it to us, they are throwing these packets to us from a distance," she added.

Islam strictly prohibits the consumption of pork by Muslims.

The woman shared the ordeal her family and thousands of other Afghans are going through at the Kabul airport in a series of Instagram stories.

She said they have been sleeping on "rocks and trash" in the cold for four days, while American soldiers kept aim at them.

"We have no weapons," she wrote. "Just trying to get out."

Thousands of Afghans rushed to Kabul airport in the hope to catch any flight and flee Afghanistan as the Taliban took over the country. Many Afghans fear a return to the Taliban’s harsh rule in the late 1990s, when the group barred women from attending school or working outside the home, banned television and music, chopped off the hands of suspected thieves and held public executions.