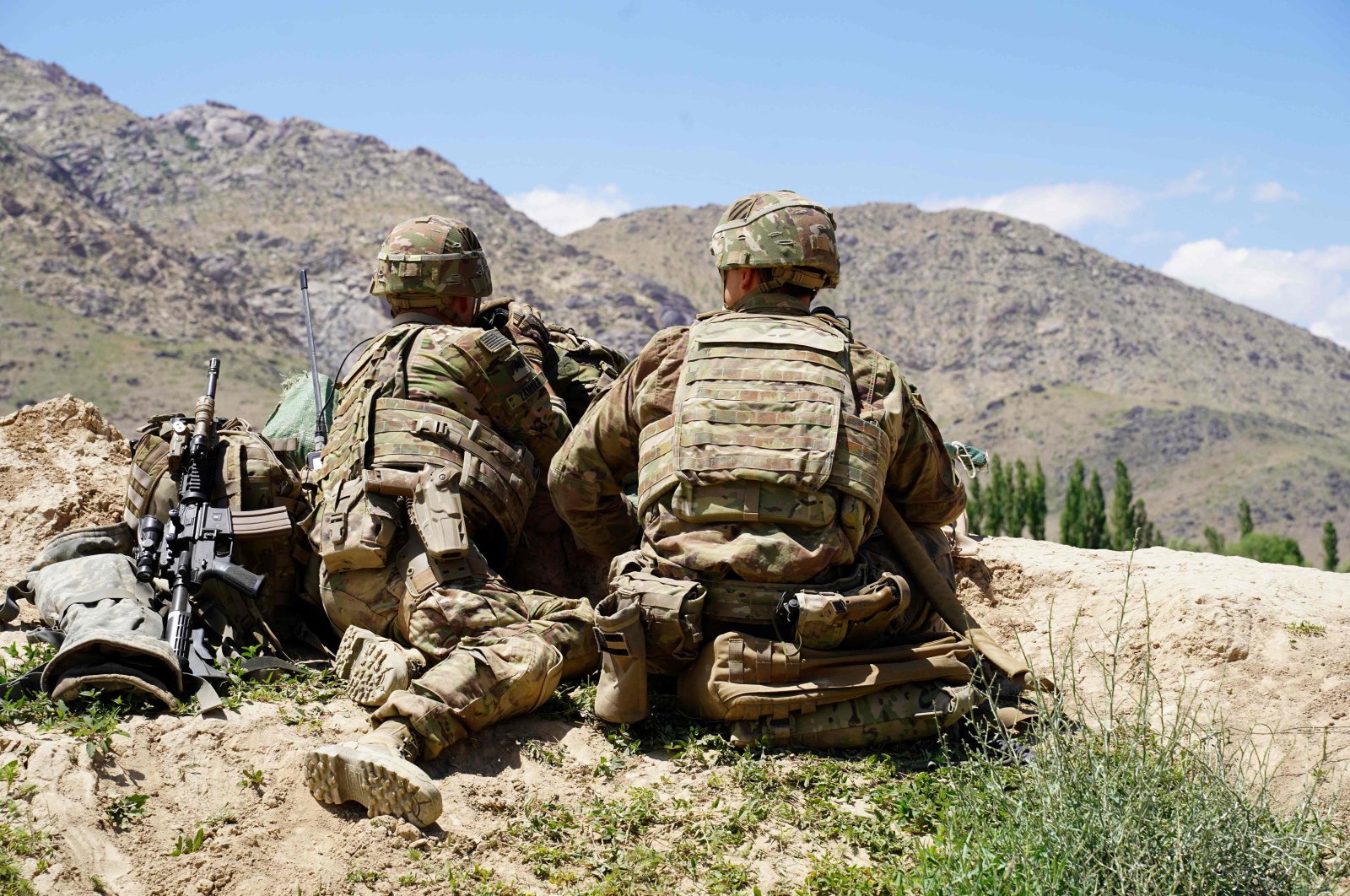 U.S. soldiers look out over hillsides during a visit of the commander of U.S. and NATO forces in Afghanistan, Gen. Scott Miller at the Afghan National Army (ANA) checkpoint in Nerkh district of Wardak province, Afghanistan, June 6, 2019. (AFP Photo)
by Agencies May 18, 2021 5:40 pm

The effort to withdraw all United States forces from Afghanistan by September is up to 20% complete, the U.S. Central Command (CENTCOM) said Tuesday.

The command gave a completion range of between 13% to 20%, adding that five military facilities have been handed over to Afghan forces. About 115 C-17 cargo planes worth of material have been shipped out of the country, and 5,000 pieces of equipment have been marked for destruction, CENTCOM said in a statement, as Anadolu Agency (AA) reported.

CENTCOM has also turned over five facilities to the Afghan Defense Ministry, including Kandahar Airfield in southern Afghanistan, once the second largest military base in the country for US forces.

According to Agence France-Presse (AFP) the US military is declining to be precise about the speed of the withdrawal and likely final date in order to "preserve operational security." The US Defense Department has to remove its last 2,500 service members and another 16,000 civilian contractors from the war zone by September 11.

President Joe Biden set a Sept. 11 deadline for all U.S. forces to be withdrawn from Afghanistan, bringing a close to a 20-year war that has cost Washington roughly $2.2 trillion and resulted in about 2,400 military deaths, according to the Costs of War Project at Brown University. CENTCOM said it expects to provide weekly updates on progress toward meeting the president's goal.