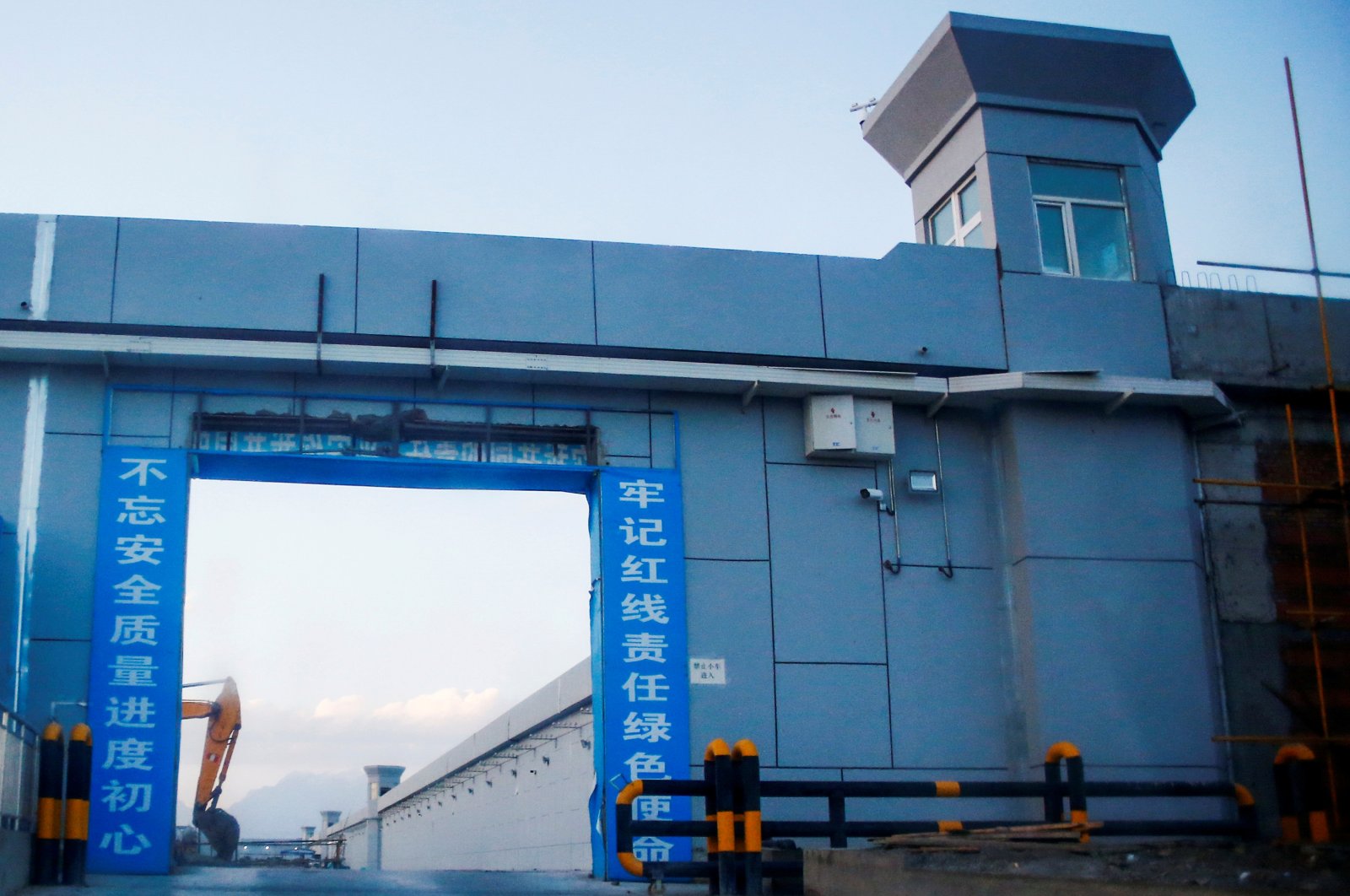 A gate of what is officially known as a vocational skills education center is photographed in Dabancheng, in Xinjiang Uyghur Autonomous Region, China, Sept. 4, 2018. (Reuters Photo)
by French Press Agency - AFP Mar 03, 2021 8:54 am
RECOMMENDED

Gulbahar Haitiwaji knew that China would not be happy about her book describing nearly three years of imprisonment, brainwashing and harassment at the hands of the authorities simply because she is Uyghur. However, the ferocity with which Beijing has lashed out at the 54-year-old author exceeded her worst expectations.

Branded "a terrorist," "a separatist" and "a liar" after publishing her book "Survivor of the Chinese Gulag" in France, Haitiwaji told Agence France-Presse (AFP) she was surprised that nothing seemed off-limits, even her personal life, which Chinese officials called "chaotic."

The book, co-written with French journalist Rozenn Morgat and currently being translated into English, tells the story of her detention in her home region of Xinjiang, in northwestern China.

Haitiwaji had been living in France for a decade when her former employer, a Chinese oil company, asked her in November 2016 to return home to deal with some formalities it said were linked to her pension rights.

Her husband had come to France first, as a political refugee to escape ethnic discrimination.

Haitiwaji joined him four years later. She kept her Chinese passport to at times return home for holidays, and didn't feel like a political refugee because she had "no interest in political work."

She was suspicious of the call from the oil company but still decided to go, planning to stay for two weeks. She did not return for nearly three years.

Quickly deprived of her passport on arrival, she went through a series of traumatizing experiences, including prison, a reeducation camp, interrogations, indoctrinations lasting 11 hours per day, and punishment from unforgiving guards for any "mistake" made.

Chained by the ankles, she suffered from hunger and fear, and was forced to sit through a mock trial at which she was sentenced to seven years of "re-education".

She was also forced to sign fake confessions which she says Beijing is now using as proof that she is lying about the whole experience.

"I've been telling only the truth," she said. "I expected China to deny everything, which is why I gave the context of the confessions in the book, how they made me repeat the same things day in and day out.”

"I just wanted to get out of there and anybody else would have done the same," she added.

After initially denying the existence of the Xinjiang camps, China later defended them as vocational training centers aimed at reducing the appeal of Islamic extremism.

Beijing insisted last week that its treatment of ethnic minorities there and in Tibet "stood out as shining examples of China's human rights progress."

However, why, said Haitiwaji, would China need to "train" a university graduate living in France?

While Haitiwaji was held in China, her oldest daughter, Gulihumar, took her case public in Paris, talking to the press and to officials in the French foreign ministry.

Abruptly, her mother was released from the camp and moved to an apartment, still under surveillance. Then, equally suddenly, she was freed.

"I think China made an error by coming after me and Uyghurs living abroad," she said. "They did us a favour, they made Uyghurs famous.”

"I was never into politics, and I'm still not. I never did anything to harm China, and yet they locked me up and tortured me. All I want is for those camps to close and to help make sure that happens. With help from the West we'll get there," she said.

The Chinese embassy in France said there was no truth to any of Haitiwaji's claims.

"She was never prosecuted, and the so-called 're-education' doesn't exist," it said.