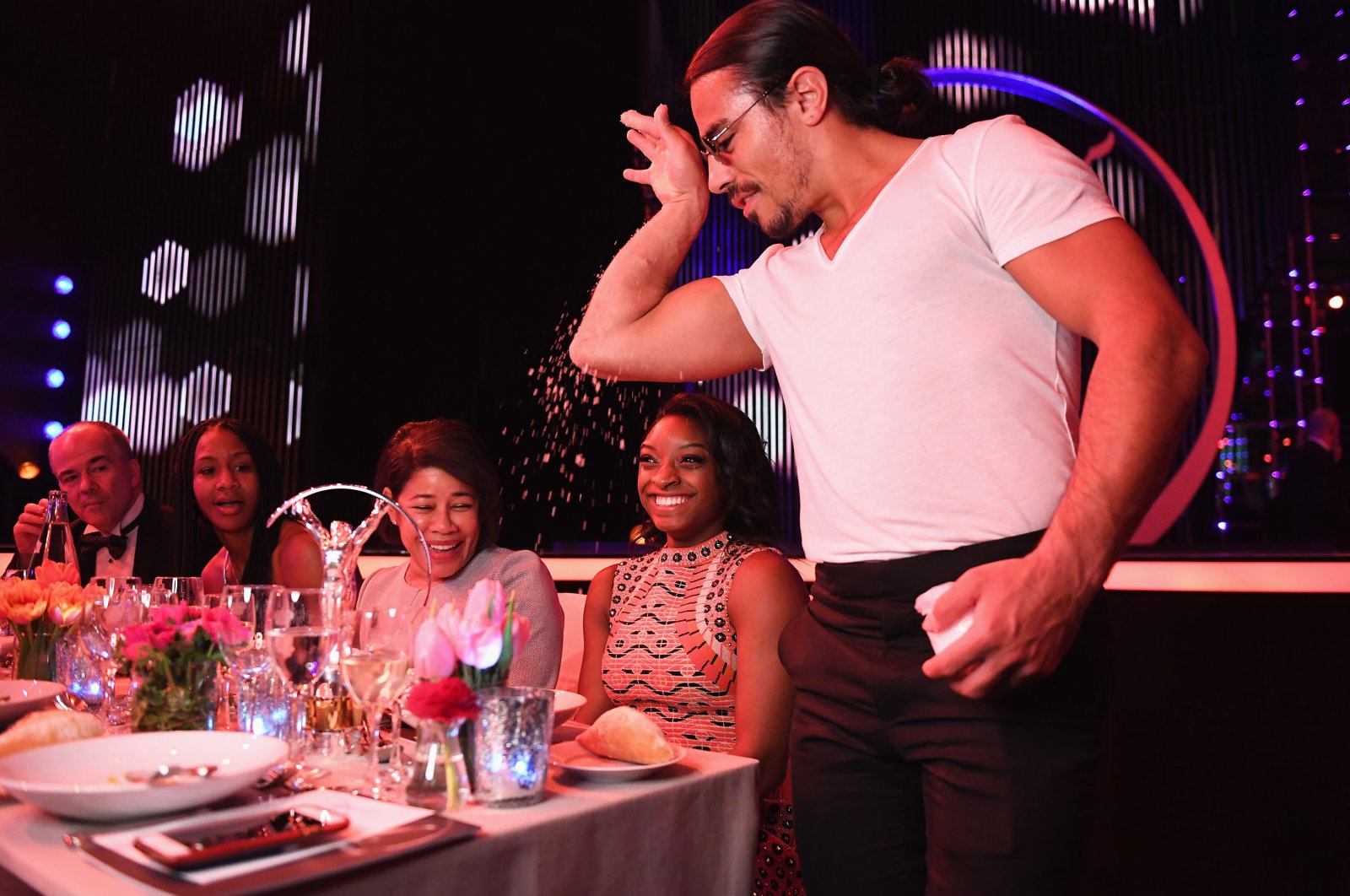 Turkish chef Nusret Gökçe, better known as "Salt Bae," has acquired a serious competitor in the guise of a Vietnamese noodle vendor claiming to be "Green Onion Bae" who was later summoned by the country's police after imitating the internationally famous cook.

A 38-year-old from the central city of Danang, Bui Tuan Lam shared a video post on Facebook mimicking the Turkish chef's captivating cooking style by ceremoniously cutting boiled beef and sprinkling spring onions on a bowl of noodles. In the post Lam described himself as "Green Onion Bae."

Shortly after the release of the provocative video he received two summons from the Vietnamese police. Pictures depicting him being questioned by two police officers were also released on Facebook. Vietnamese authorities frequently detain activists and critics of the country's Communist Party.

"The video I made was for fun and for advertising my beef noodle shop. More customers have been coming since I posted it,' said noodle seller Lam, according to the Daily Mail.

The investigations of Lam came after Gökçe was put under scrutiny earlier in November for hand-feeding top Vietnamese Communist Party official To Lam at his luxury restaurant in London. The price of the tomahawk wrapped in gold that was served to To is estimated to cost between 850 and 1,500 British pounds ($1,140 to $2,015), according to reviews, as prices at Gökçe's restaurant are not listed on the Nusr-Et website. The amount does not include drinks, side dishes and a 15% service charge.

A video of To’s delegation, who were in London for the United Nations Climate Change Conference in Scotland's Glasgow, being fed enormously expensive pieces of meat went viral. Social media users resented the dish's price, given the fact that the minister's monthly wage is between $600 to $800 per month.

The average salary of Vietnamese citizen in 2021 is estimated at $230 a month, the General Bureau of Statistics said. The footage was removed shortly after being uploaded to Gökçe's TikTok account.

"Security officers following this account, have you seen the video of minister To Lam eating salt-sprayed beef? Do you know how many months salary you'd have to spend for just one piece of that steak?" Facebook user Nguyen Lan Thang wrote.

The incident is not the first time a political figure has displeased the public for dining at Gökçe's expensive restaurant. In 2019, Venezuelan President Nicolas Maduro sparked outrage after photographs of him and his wife eating at Nusr-Et restaurant in Istanbul emerged as Venezuela was facing severe shortages of basic goods, including food.