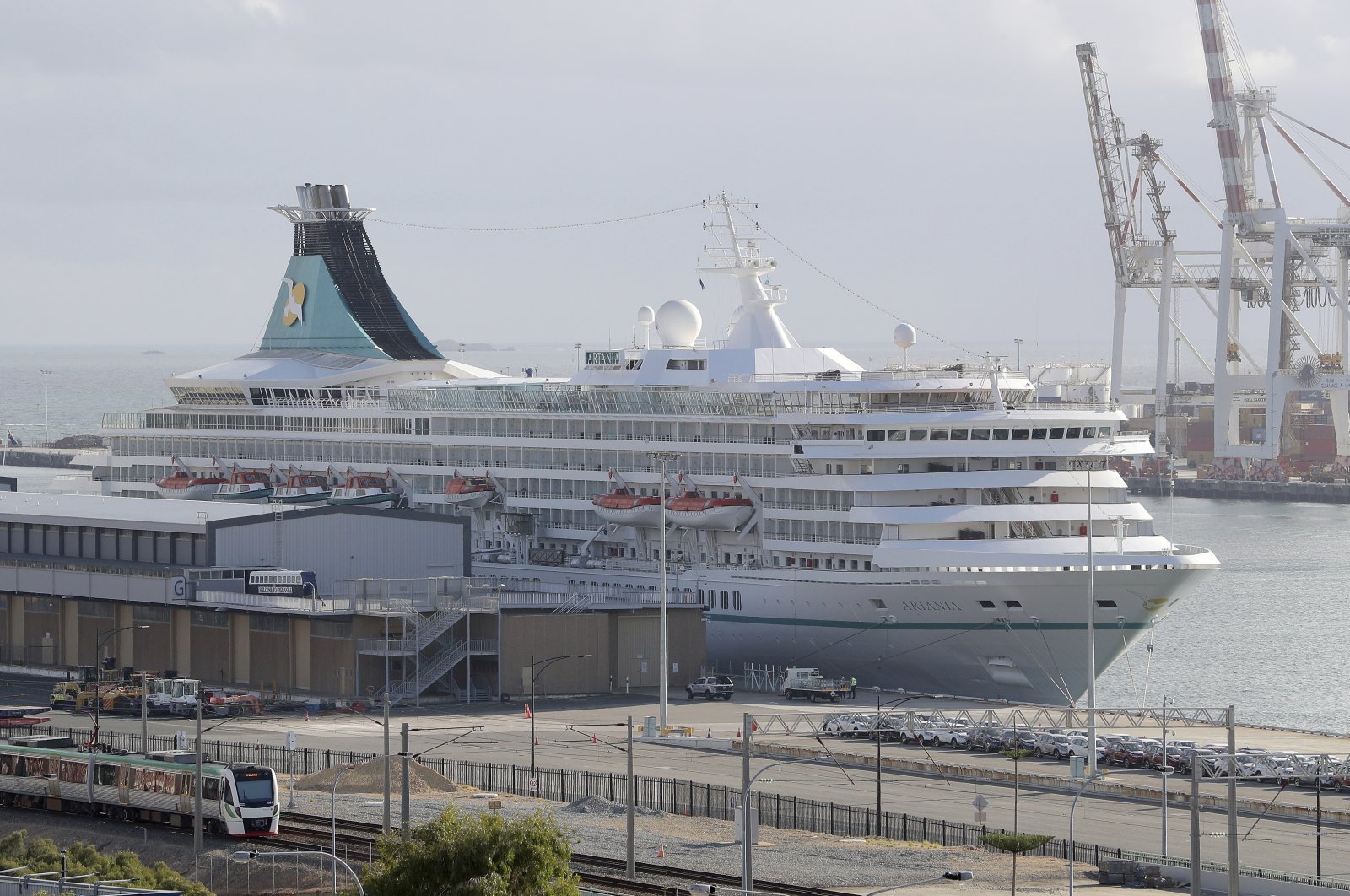 At least 46 people on board a German cruise ship stuck off the western Australian coast are suspected to have been infected with the new coronavirus, state authorities said.

The Artania has more than 230 crew members and 832 passengers, including 763 Germans, on board. It is currently moored in Fremantle, south of Perth, in Western Australia.

Western Australia Premier Mark McGowan said Saturday that the Artania "had hit a crisis point" after the ship reported the night before that "77 passengers were experiencing COVID-19-type symptoms."

After Western Australian health experts went on board the ship Saturday and checked the passengers, they found 46 suspected cases — 30 passengers and 16 crewmembers.

"This is an urgent situation," McGowan told reporters in Perth.

State Health Minister Roger Cook said one passenger had to be taken off the ship late last night, in addition to two others who had been evacuated earlier.

In total, nine passengers from Artania have been confirmed to have the new coronavirus in Perth hospitals. Three are in intensive care units, Cook told reporters, adding that they are all in critical condition.

The others are in the secure wings of private hospitals.

According to sources, one of the confirmed cases of coronavirus from Artania is a German doctor of the ship.

Authorities were still hoping to fly 800 cruise ship passengers from Australia to Germany this weekend, but the sharp overnight rise in confirmed cases brought severe complications for the repatriation mission.

The Artania is one of three cruise ships anchored off Fremantle, south of Perth, causing problems for both the state government of Western Australia and the federal administration in Canberra.

Officials had planned to fly the 800 non-Australian passengers aboard from Perth to Germany on three chartered flights this weekend before the ship departs Australian waters.

The state government now fears that those passengers displaying symptoms will not be allowed to board the flights, while local media reported that the entire plan was in doubt.

Given the known rapid rate at which COVID-19 is passed on, authorities were said to be closely monitoring the situation before making a decision on whether the flights would go ahead.

A spokesman from the German Embassy in Canberra, Australia's capital, said Ambassador Thomas Fitschen and consular officials in Perth were liaising with the federal and Western Australian governments to repatriate the passengers.

"The cruise ship’s tour operator has chartered aircraft for this purpose," the spokesman was quoted as saying on the news website WAtoday. “Moreover, the tour operator’s agent in Perth is liaising with local authorities and the ship’s captain to handle this issue expeditiously.”

Another ship, the Vasco da Gama, docked in Fremantle on Friday night, with 800 Australian passengers was set to go into quarantine for two weeks while New Zealand passengers flew home.

A third ship, the Magnifica, is anchored off Fremantle with no COVID-19 patients on board and is expected to leave after getting resupplied.