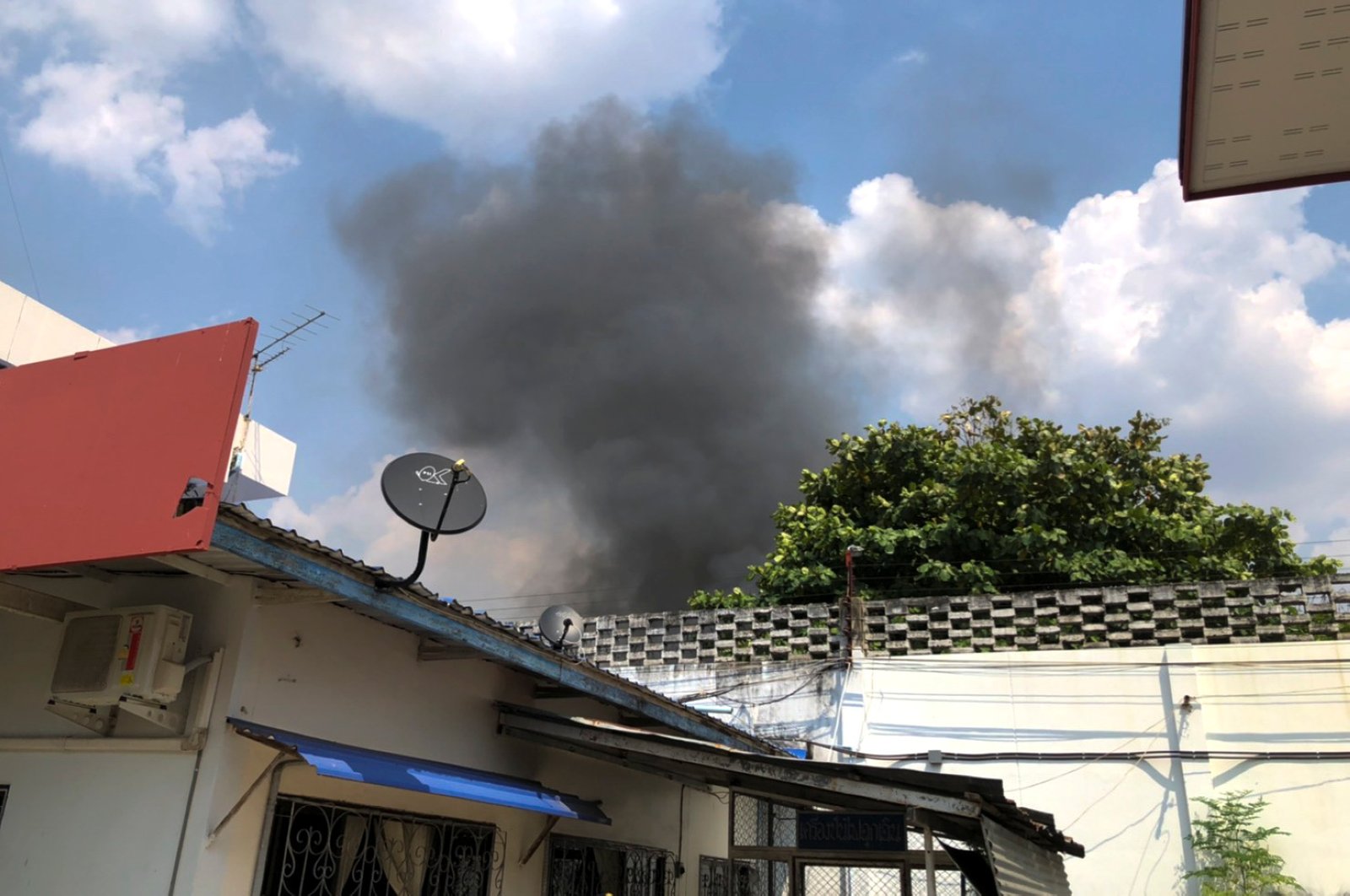 Smoke rises from Buriram prison during a riot that was sparked by rumours of a coronavirus outbreak in Buriram province, Thailand, March 29, 2020. (Reuters Photo)
by Compiled from Wire Services Mar 30, 2020 8:19 am
RECOMMENDED

Dozens of prisoners broke furniture and torched buildings during a riot in a Thai jail on Sunday sparked by rumors of coronavirus outbreak in the facility.

During the violence some convicts escaped from the Buriram prison where about 2,100 are held, the justice ministry said. Seven have been arrested.

Fires were set in parts of Buriram Prison during a riot on Sunday in which about 100 prisoners took part, and gunshots were fired in the operation to quash the violence.

Local media showed footage of black smoke billowing from the prison's multiple blocks in the country's northeast, and a Corrections Department official said drones were deployed to investigate what weapons the prisoners were using.

"There was a group of prisoners trying to escape and were creating chaos... which included burning down some facilities inside," said Narat Sawetana, director-general of the Corrections Department.

He added later that six prisoners had been injured in the melee by broken glass. More than 1,500 prisoners had to be evacuated before the rioting could be stopped.

Justice Minister Somsak Thepsutin said the riot was instigated by a small group who circulated the rumor about coronavirus infections to create a situation in which they could escape.

"The fact is that none of the prisoners in Buriram were infected – they only started this rumor to find some supporters," the minister said, adding that the cafeteria and visiting areas were among the facilities torched.

Mental health workers were later deployed to assuage prisoners "after some rumors were spread" about a COVID-19 outbreak, Major General Akkaradej Pimonsri said.

"The situation is under control," he added.

Thailand's Public Health Ministry previously announced that two prisoners at a facility it didn't specify were found to be infected with the virus, and the Corrections Department on March 18 banned inmates' relatives nationwide from prison visits for 14 days.

Thai prisons have a reputation for being overcrowded.

Thailand has recorded in total 1,388 cases of the coronavirus, including seven deaths.