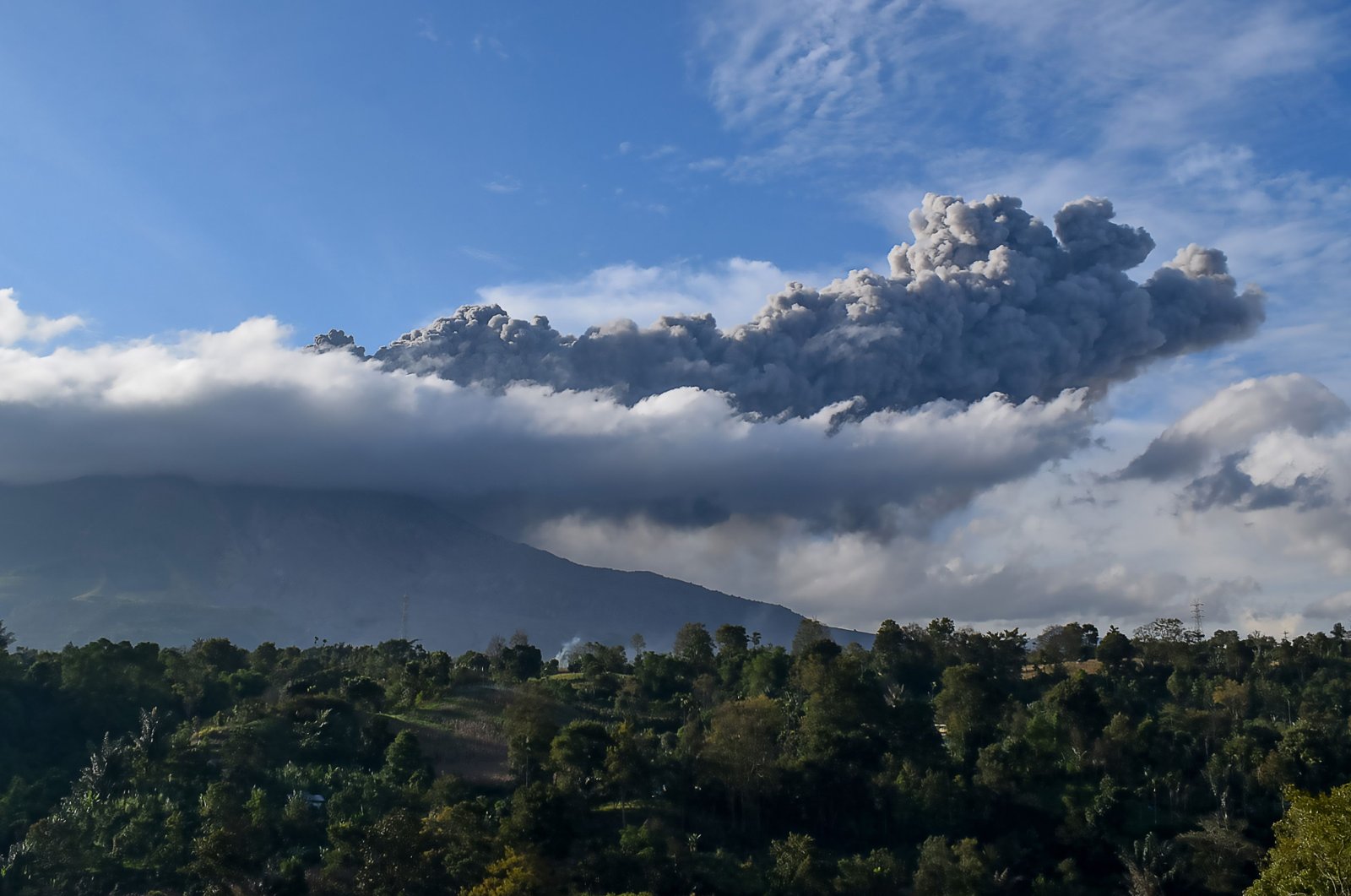 An Indonesian volcano spewed a giant ash cloud 5 kilometers (3.1 miles) into the sky Monday in its second eruption in three days, emitting a thunderous noise and turning the sky dark, authorities and witnesses said.

The eruption of Mount Sinabung on the island of Sumatra comes after more than a year of inactivity and was the second since Saturday, as authorities warned residents and tourists about possible lava flows.

Dramatic footage of the morning eruption captured by residents showed a giant cloud of thick ash rising from the peak of the 2,460-meter (8,071-feet) mountain in Karo, North Sumatra.

"The sound was like thunder, it lasted for less than 30 seconds," resident Fachrur Rozi Pasi told Reuters by phone.

Residents have been advised to stay outside of a 3-kilometer radius of the volcano and to wear masks to minimize the effects of falling volcanic ash, the volcanology agency said in a statement.

No casualties have been reported and a spokeswoman for the civil aviation authority said flights were still operating in the region.

"The situation around Mount Sinabung is very dark now," said Gilbert Sembiring, who was visiting a friend in Naman Teran Kampung when Sinabung erupted.

"It was bigger than the eruption a couple of days ago."

Sinabung, located in one of the world's most volcanically active countries, had been inactive for centuries before it erupted again in 2010.