Wave of attacks across Afghanistan leaves at least 17 dead 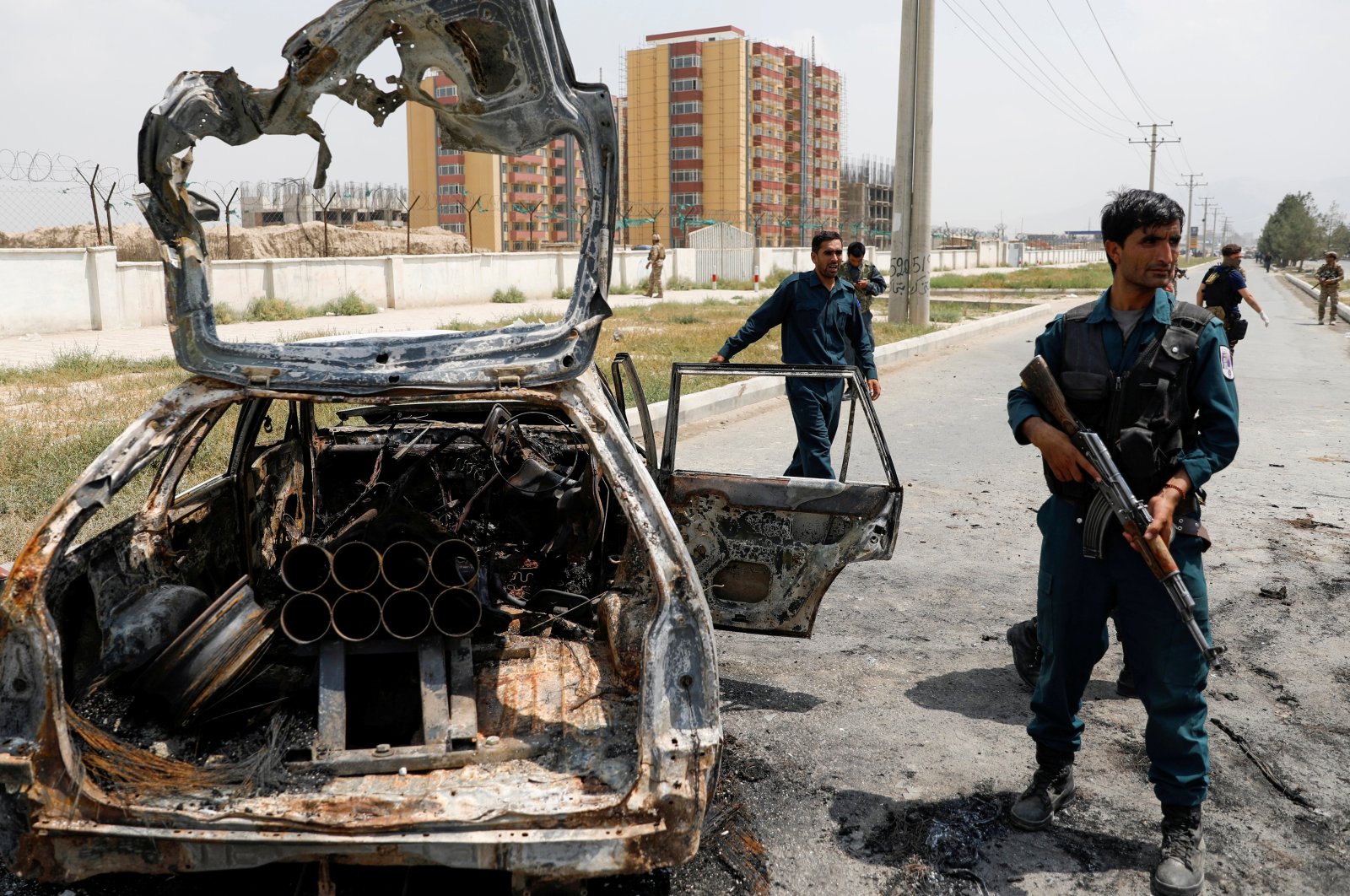 A wave of attacks across Afghanistan on Tuesday left at least 17 dead and wounded scores, officials said, including a Taliban truck bombing in the country's north that targeted a commando base for Afghan forces.

The violence comes as expectations had been rising that negotiations could soon get underway between the Afghan government and the insurgents.

The truck suicide bomber struck in northern Balkh province, killing three people, including two Afghan commandos and a civilian, according to Munir Ahmad Farhad, the spokesman for the provincial governor.

According to Hanif Rezaie, the spokesman for the Afghan army corps in the north, the initial military report said at least six commandos and around 35 civilians were wounded in that explosion, which also destroyed or damaged dozens of civilians' houses nearby.

"Most of the wounded civilians are women and children,” said Rezaie.

Taliban spokesman Zabiullah Mujahid claimed responsibility for the Balkh attack in a tweet, claiming that "tens" of military personnel were killed. The Taliban often exaggerate their battlefield claims.

Afghan President Ashraf Ghani strongly condemned the attack in Balkh and said the Taliban have increased their attacks on major Afghan cities despite the February agreement.

"The Taliban’s insistence on continuing war and violence is challenging peace opportunities,” he said in a statement.

Ghani's statement said the Taliban must stop fighting and killing Afghans, accept a cease-fire and start direct talks with the Afghan government.

"By committing crimes and violence, they can achieve nothing but hatred and disgust of the people,” he said.

In a separate attack in Balkh, gunmen shot dead five people, including former warlord Abdul Raouf, two of his sons ages 10 and 11 and two other men in a vehicle in the Charkent district, said Adil Shah Adil, spokesman for the provincial police chief.

No one immediately claimed responsibility for the attack, but Adil said the target was Raouf and police are investigating.

Afghan civilians continue to bear the brunt of the war across the country, despite efforts to launch peace talks between the Kabul government and the Taliban, and find a road map for post-war Afghanistan. The talks were envisaged under a U.S.-Taliban peace agreement signed in February, but their start has been hampered by a series of delays that have frustrated Washington. Some had expected the negotiations to begin earlier this month.

According to a United Nations report released in July, 1,282 people were killed in violence in Afghanistan in the first six months of 2020.

Also Tuesday, an attack on a checkpoint of pro-government forces in western Ghor province killed eight troops and wounded five, said Arif Aber, spokesman for the provincial governor. The attack in Shahrak district set off a five-hour-long gun battle.

No one immediately claimed responsibility for that attack, but authorities blamed the Taliban, who have claimed numerous past attacks on security checkpoints in Ghor.

In the capital of Kabul, a roadside bombing killed a police officer while a policewoman and her driver were wounded when unknown attackers opened fire on them, said Ferdaws Faramarz, spokesman for the Kabul police chief.

The policewomen, Saba Saher, is also a well-known actress, and she was said to be in stable condition following the shooting.

Separately, the Ministry of Defense released a statement late Monday saying 91 Taliban fighters were killed during an air and ground operation by Afghan army troops trying to open the highway between the northern Kunduz and Khanabad districts. The statement said 50 other Taliban were wounded in the fighting and that the highway was later reopened for traffic.

The Taliban are at their strongest since the 2001 U.S.-led invasion toppled their regime, which had harbored al-Qaida leader Osama bin Laden. The insurgents now control or hold sway over about half of Afghanistan.