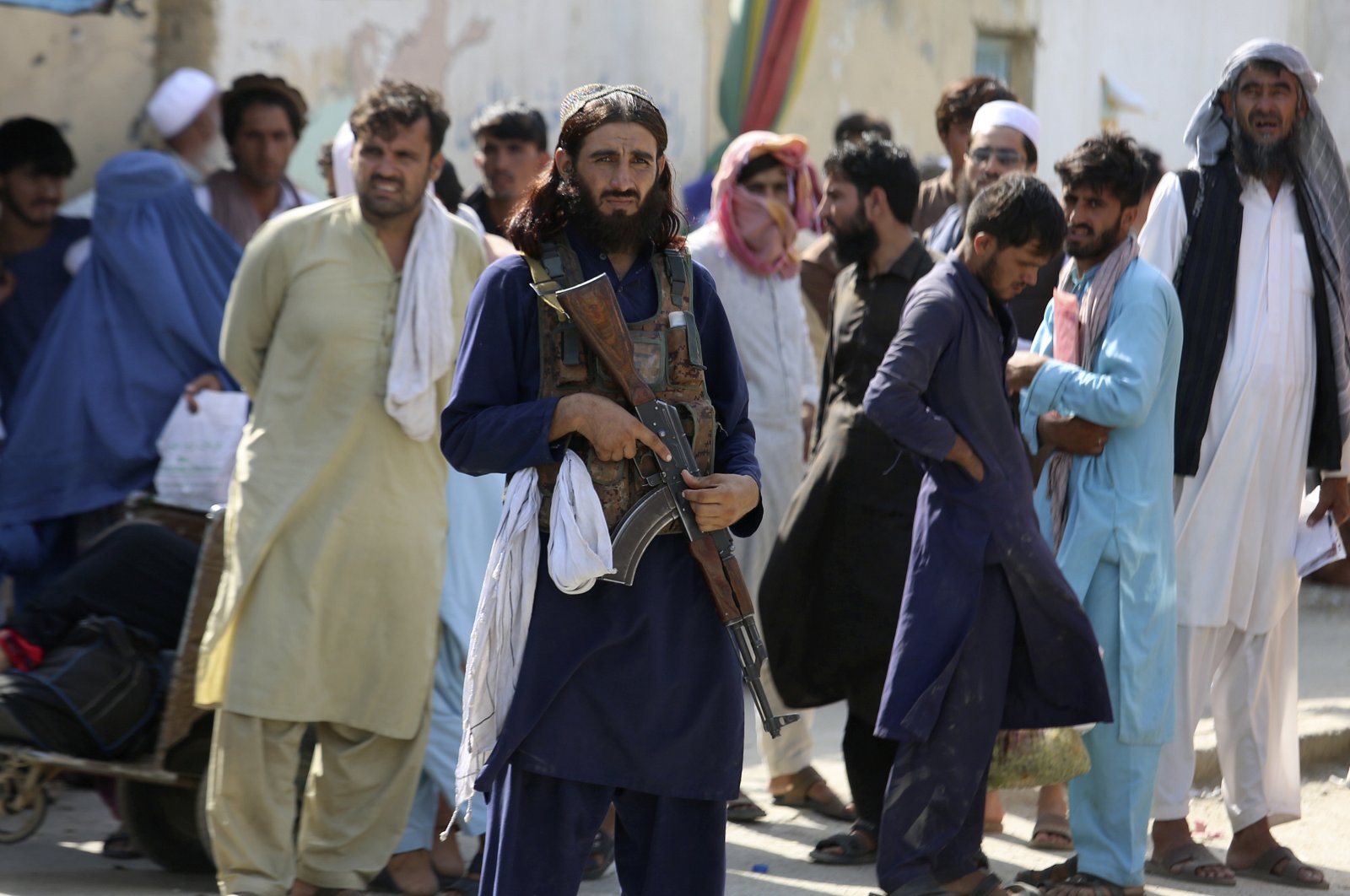 A Taliban fighter stands guard on Afghan side while people wait to cross at a border crossing point between Pakistan and Afghanistan, in Torkham, in Khyber district, Pakistan, Aug. 21, 2021. (AP Photo)
by German Press Agency - DPA Aug 25, 2021 6:39 pm
RECOMMENDED

Western countries have underrated the Taliban’s power in retaking Afghanistan, German Chancellor Angela Merkel said, as she addressed lawmakers on Wednesday amid calls for a parliamentary inquiry.

Addressing the issue of why the events came as such a surprise to the international community, Merkel said that the Western powers had underestimated how "breathtakingly quickly the Afghan security forces would give up their resistance to the Taliban after the troop withdrawal."

In retrospect, she said, it was easy to say what should have been done, but decisions had to be made as events unfolded.

"Our goal must be to preserve ... the changes we have made in Afghanistan over the past 20 years," she said.

She added that she was in favor of negotiations with the Taliban, as they were "now a reality in Afghanistan."

Merkel paid tribute to those who had died or suffered injuries while on active service in Afghanistan during the past two decades, revealing that one of her former bodyguards had been among the 59 German soldiers killed in the conflict.

"The developments of the last few days are terrible, they are bitter," Merkel said.

Social Democrat parliamentary party leader Rolf Mutzenich called for the establishment of a German parliament or Bundestag inquiry to investigate the deployment of the Bundeswehr (German armed forces) in Afghanistan, in the debate following Merkel's statement.

Merkel said that, at present, the German government was concentrating "with all their might" on the evacuation operations from Kabul airport, which need to be completed by Aug. 31, the deadline for U.S. troops to leave the country.

More than a week after the German Bundeswehr began its operation to evacuate its nationals from Afghanistan, the German parliament overwhelmingly approved the deployment of up to 600 soldiers.

The Bundestag approved the mandate, which is valid until Sept. 30, by 539-9, with 90 abstentions.

Under Germany's post-war constitution, the Bundestag must approve every armed deployment of the Bundeswehr. In exceptional cases, this is also possible retroactively, normally when imminent danger is involved.

This was the case, according to the German government, when it came to the urgent need to evacuate German citizens and Afghan aid workers trapped in Afghanistan when it fell to Taliban forces 10 days ago.

The Bundeswehr flew out a further 218 people from Kabul on Wednesday, the German military announced on Twitter, bringing the total number of people evacuated by the Bundeswehr so far to more than 4,650.

Despite the impressive numbers, some 200 German citizens are still believed to be in Kabul, according to the German Foreign Office. The number has even been rising "because people continue to report to us," a Foreign Office spokesperson said in Berlin on Wednesday.

So far, more than 8,500 refugees from Afghanistan have been evacuated to the U.S. Ramstein Air Base in Germany, where they are being accommodated in hangars and tents.