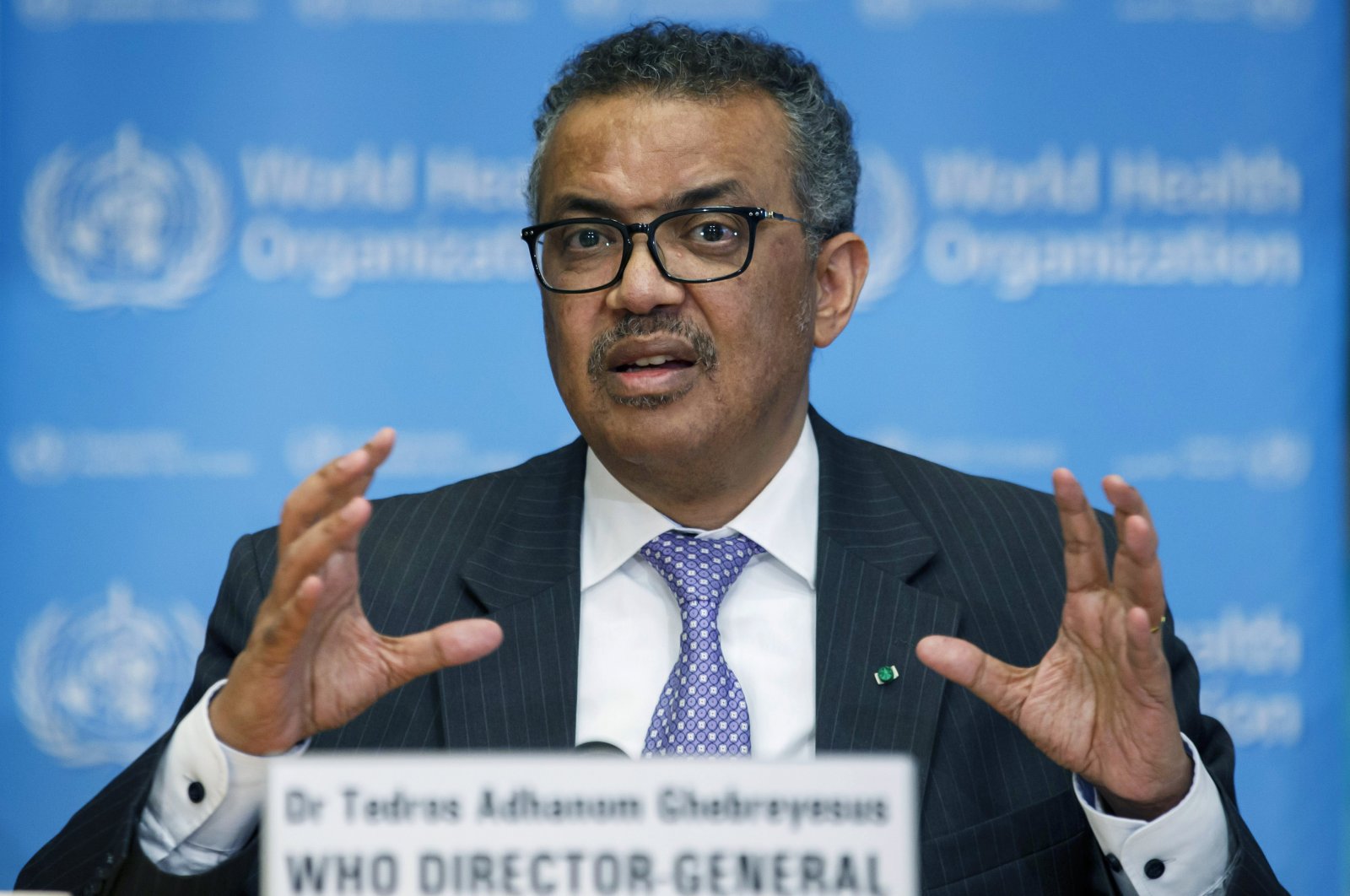 In this Monday, March 9, 2020 file photo, Tedros Adhanom Ghebreyesus, Director General of the World Health Organization speaks during a news conference, at the WHO headquarters in Geneva, Switzerland. (AP Photo)
by Anadolu Agency Jan 06, 2021 12:24 am
RECOMMENDED

The World Health Organization chief on Tuesday said he is "very disappointed" that China has not allowed into the country a team set to examine the causes of the novel coronavirus.

"I'm very disappointed with this news given that two members had already begun their journeys, and others were not able to travel at the last minute," WHO Director-General Tedros Adhanom Ghebreyesus told a bi-weekly press webinar.

"Today, we learned that Chinese officials have not yet finalized the necessary permissions for the team's arrival in China."

The team was to have visited China's Wuhan city, where the novel coronavirus first emerged in December 2019.

The investigation was called for soon after the outbreak by several nations.

At that time, there were no known cases of the virus outside China. In contrast, there are now more than 86 million confirmed COVID-19 cases worldwide, with over 1.86 million related deaths, according to US-based Johns Hopkins University.

"I have been assured that China is speeding up the internal procedure for the earliest possible deployment. We are eager to get the mission underway as soon as possible," he said.

In June, outgoing US President Donald Trump had said China had "total control" over the WHO, claiming "Chinese officials ignored their reporting obligations" to the health body during the pandemic and "pressured" it to "mislead the world."

Meanwhile, Mike Ryan, WHO's executive director of health emergencies, said the WHO was operating on the understanding that the team would begin deployment in China on Tuesday.

"They're coming from far away and through difficult journeys.

"But in the meantime, it became clear that the necessary approvals had not been gotten, specifically in regards to visa clearances.

"And we did not want to put people in the air unnecessarily if there wasn't a guarantee of their arrival in China being successful," he said.

Ryan said the WHO chief took immediate action and spoke with senior Chinese officials "and has fully impressed upon them the absolutely critical nature of this... We trust, and we hope that this is just a logistic and bureaucratic issue that can be resolved quickly."