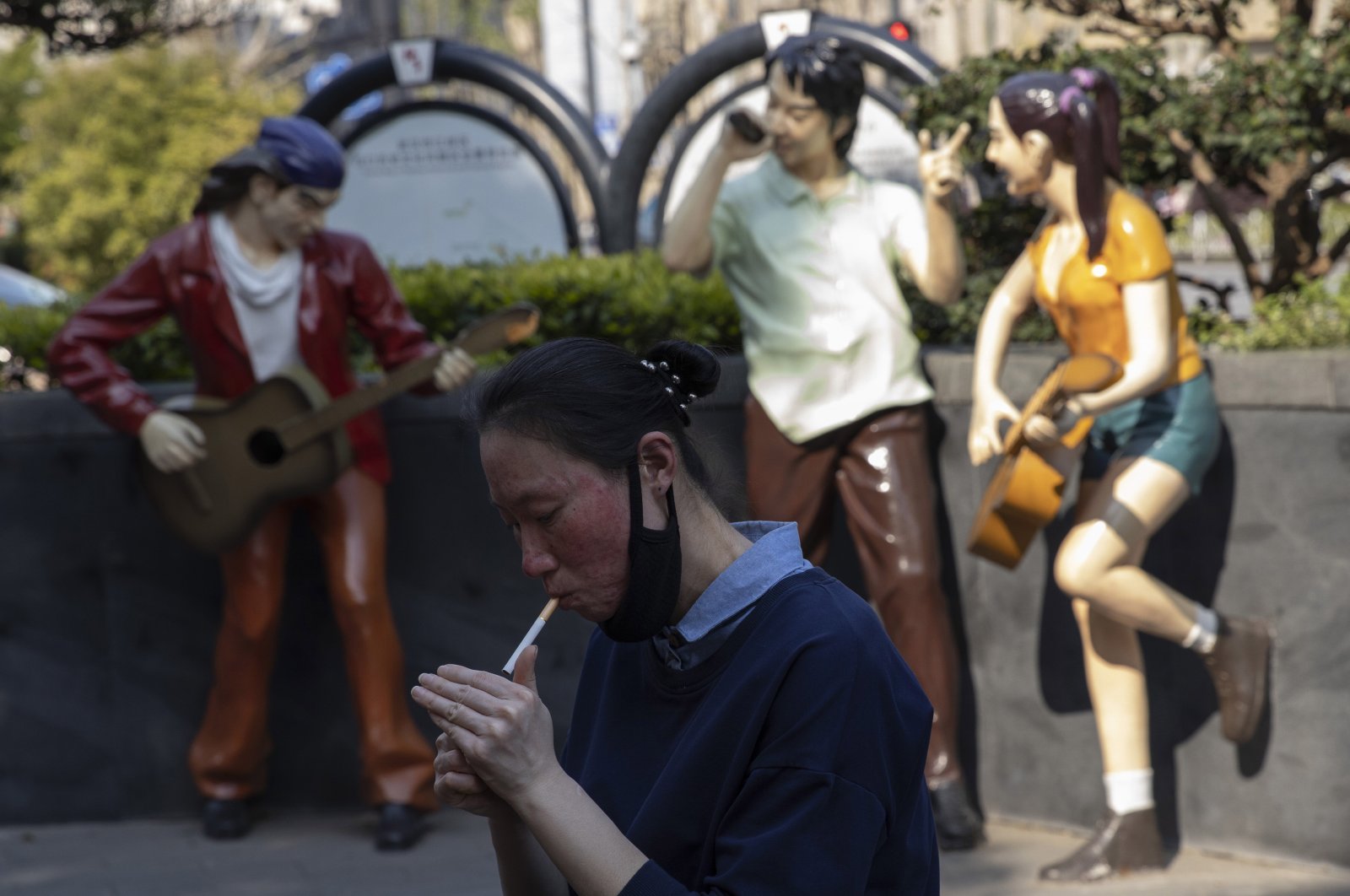 A resident lowers for mask for a smoke near statues depicting normal life in Wuhan in central China's Hubei province, Thursday, April 9, 2020. (AP)
by DAILY SABAH Apr 10, 2020 12:26 am
RECOMMENDED

A woman ordered 76 different types of breakfasts on the first day of post-lockdown Wuhan as she tried to make up for what she had missed during the quarantine.

According to the British newspaper, Daily Mail, the customer ordered a menu of breakfast for each day of the quarantine during the 76-day draconian quarantine.

Social media footage shows a delivery worker ordering the items at a breakfast restaurant before carrying bags of food on his shoulders.

According to Chinese media reports, the delivery guy in the restaurant named, Fu, requested the order at 6:33 a.m. "on the first day of ‘unlocked’ Wuhan.'"

It took Fu an hour to complete the order as most restaurants still remained closed after Wuhan had lifted travel restrictions just hours ago.

"I haven’t had 'Guo Zao' in more than two months," the customer told the press. "I’m so happy today that Wuhan lifted the lockdown," she said.

"Guo Zao," according to the article, is a local phrase commonly used to describe ‘eating breakfast’ as Wuhan is known for its vibrant food culture.

"After this meal, our life will be better and better!" The resident then shared the food with her family and neighbors, the report said.

After more than two months indoors, millions of Wuhan residents are now enjoying a renewed sense of freedom after the Chinese city's 76-day coronavirus lockdown was lifted Wednesday.

China sealed off Wuhan, a central city of 11 million people, on Jan. 23 in a drastic step that came to symbolize its aggressive management of the virus.

More than 50,000 people in Wuhan were infected and more than 2,500 of them died, about 80% of all deaths in China, according to official figures.