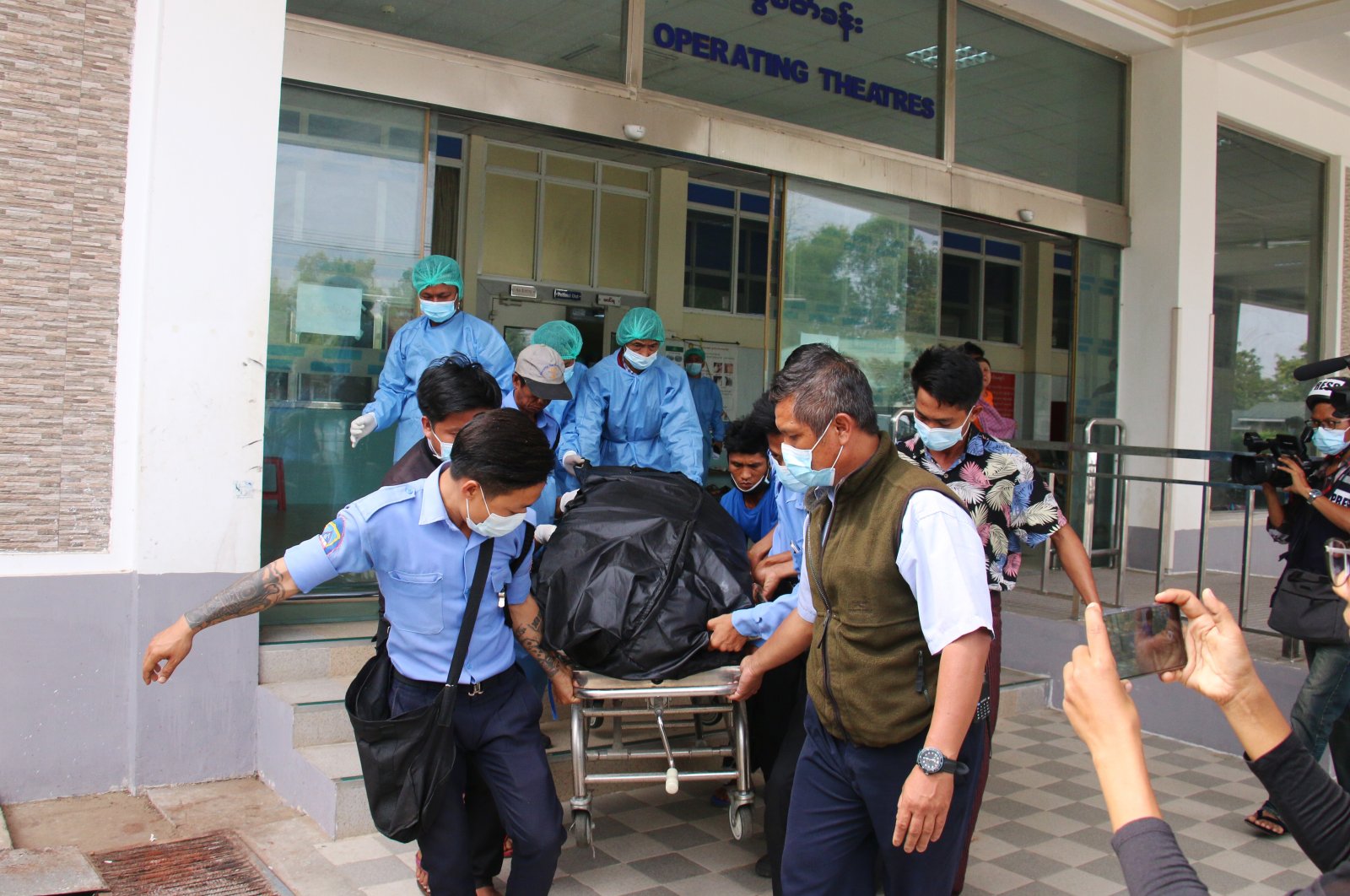 A young protester died Friday, more than a week after being shot in anti-coup demonstrations in Myanmar, offering a fresh source of anger inside the country as international pressure grows on the generals who seized power.

Much of the country has been in open revolt since troops deposed civilian leader Aung San Suu Kyi on Feb. 1, with disparate strands of Myanmar society uniting to protest against a return to military rule.

Security forces have steadily stepped up the show – and use – of force, by deploying troops against peaceful protesters, and firing tear gas, water cannons and rubber bullets.

A rally on Feb. 9 in Myanmar's capital Naypyitaw turned violent when police fired rubber bullets at demonstrators, though doctors at the hospital later told Agence France-Presse (AFP) that at least two people had been critically wounded by live rounds.

Mya Thwate Thwate Khaing, who turned 20 last Thursday as she lay unconscious in a hospital bed, was shot in the head. A doctor confirmed her death Friday, adding that her body will be examined.

"As this is a case of injustice, we will keep the (cause of death on) record... we will look for justice and move forward," said the doctor, declining to be named.

Overnight, former colonial power Britain announced sanctions against three generals for "serious human rights violations" over their roles in the junta's security forces. Freezing their assets and imposing travel bans, the U.K. also said it was beginning a review to stop British businesses working with the military.

Canada sanctioned nine Myanmar military officials and accused the junta of engaging "in a systemic campaign of repressions through coercive legislative measures and use of force."

"Canada stands with the people of Myanmar in their quest for democracy and human rights," said Foreign Affairs Minister Marc Garneau.

These actions come after U.S. President Joe Biden last week announced Washington would cut off the generals' access to $1 billion in funds in the U.S.

While welcoming the sanctions, some rights groups and activists say the moves need to go further to hit the military's businesses in the lucrative gems, beer and banking sectors.

"They fall woefully short of the strong response that is needed to hold the military to account and undermine its economic power," said Paul Donowitz, Myanmar campaign leader from U.K.-based Global Witness.

"We will be waiting for the EU sanctions announcement" on Monday, said Thinzar Shunlei Yi, one of the main activists who kicked off an online "Civil Disobedience Movement" campaign that has spilled onto the streets.

"We urge other nations to have a coordinated and united response against Military Coup in Myanmar," she said.

The country endured its fifth consecutive night of "curfew-style shutdowns," according to monitoring group NetBlocks, reporting that the internet returned around 9 a.m. local time.

By noon, tens of thousands – including railway workers and teachers dressed in their uniforms to show they are boycotting work – amassed across Yangon, Myanmar's largest city, carrying posters of Suu Kyi that read "Free our leader."

In the northern city of Myitkyina, a small group of protesters was forcefully dispersed by police and military wielding batons, according to videos posted online and witnesses. One teacher who was there – and now in hiding for fear of arrest – said she saw dozens arrested in the scuffle, including two of her colleagues.

"They arrested those who tried to take photos and videos ... this is real injustice," she told AFP.

Before Friday, more than 520 people had been arrested, according to the Assistance Association for Political Prisoners (AAPP) monitoring group, many of them civilians taking part in the so-called "Civil Disobedience Movement."

AAPP confirmed as well that 12 foreign ministry officials participating in the anti-coup movement were detained on Thursday early morning. The junta has justified its power seizure by alleging widespread electoral fraud in November's elections, which Suu Kyi's party won in a landslide.

The Nobel laureate – who has not been seen since she was detained in dawn raids – has been hit with an obscure charge for possessing unregistered walkie-talkies, and for flouting coronavirus restrictions during campaign events. Her hearing is expected on March 1.