Worldwide coronavirus cases could be tens of millions, study shows 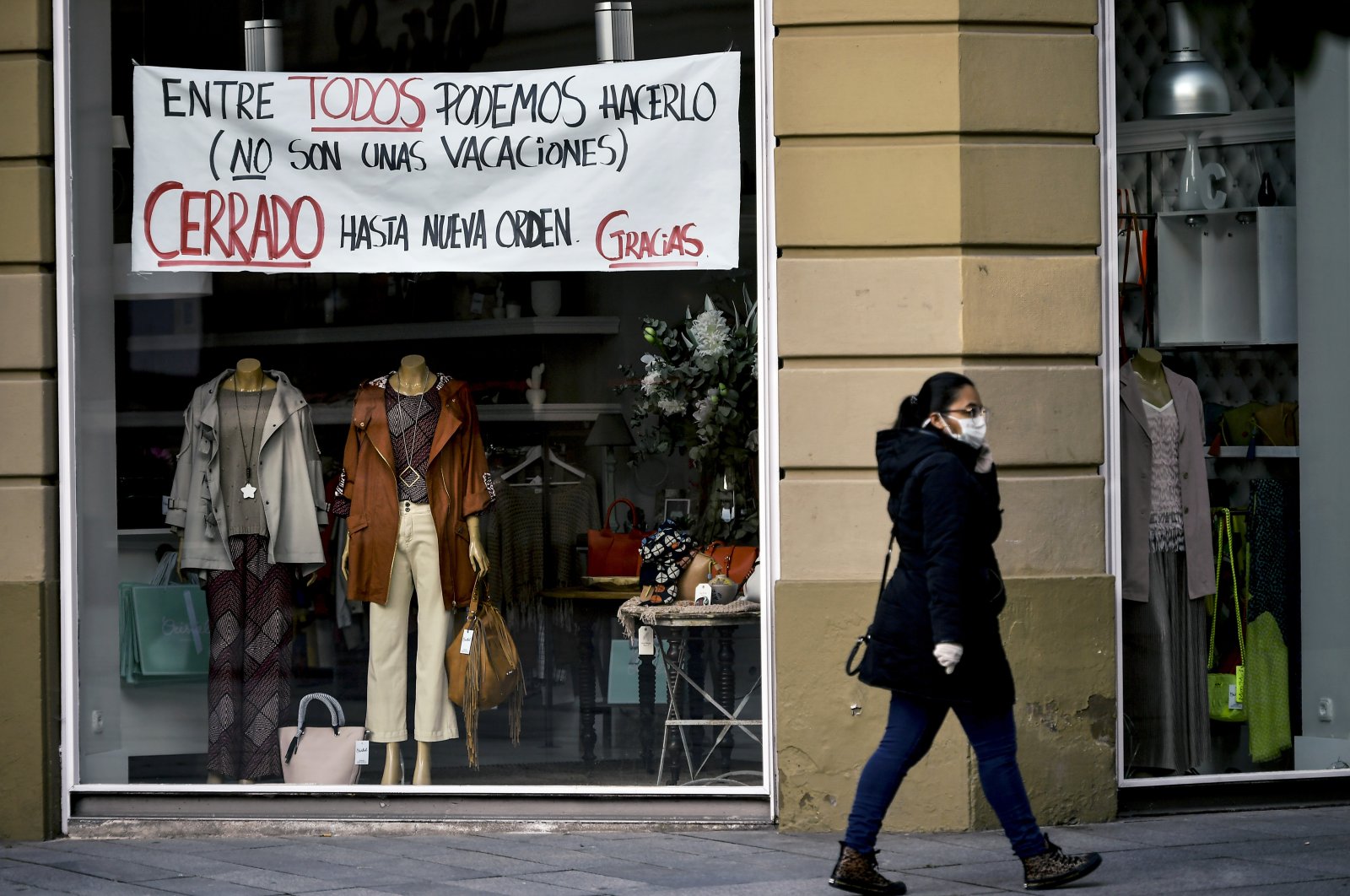 A woman wearing a face mask walks in front of a store with a banner reading, "Together we can do it. It's not the holidays. Closed until further notice. Thank you," Pamplona, Spain, April 8, 2020. (AP Photo)
by Daily Sabah with Reuters Apr 09, 2020 3:28 pm
RECOMMENDED

As the worldwide number of coronavirus cases surged past 1.5 million since the pandemic first emerged in China in December, the real number of infected is believed to have already reached tens of millions of people. According to German researchers, countries have only found on average about 6% of coronavirus infections, as reported by Deutsche Welle.

The number of confirmed cases of COVID-19 has climbed to about 1.5 million worldwide, with nearly 90,000 deaths, according to figures compiled by Johns Hopkins University. The true numbers are almost certainly much higher, because of limited testing, different rules for counting the dead and concealment by some governments.

The U.S. is quickly approaching 400,000 coronavirus cases, leading the world in the number of confirmed infections.

China released new measures on Wednesday to try and prevent asymptomatic "silent carriers" of the new coronavirus from causing a second wave of infections, as the country reported another modest rise in new confirmed cases. Mainland China reported 63 new infections on Wednesday, up from 62 a day earlier, the National Health Commission said. Of those, 61 were travelers arriving from overseas, bringing the total number of confirmed cases in China to 81,865.

China also reported 56 new asymptomatic cases on Wednesday, bringing the total number of such cases to 657 since data for such infections were published daily starting on April 1. The State Council, or Cabinet, on Wednesday published new rules to manage asymptomatic coronavirus carriers. Under the regulations, medical institutions must report detection of asymptomatic cases within two hours of their discovery. Local governments must then identify all known close contacts of the patient within 24 hours. Asymptomatic patients will be quarantined collectively for 14 days and will be counted as confirmed cases if they start to show symptoms. People who have had close contact with them must also be quarantined for two weeks.

While new infections have fallen from their peak in February after China locked down several cities and imposed strict travel restrictions, authorities have called for continued vigilance amid fears of a fresh wave of infections. Aside from curbing an influx of infected travelers from abroad, China's other concern is managing asymptomatic people, or virus carriers who exhibit no clinical symptoms such as a fever or a cough.