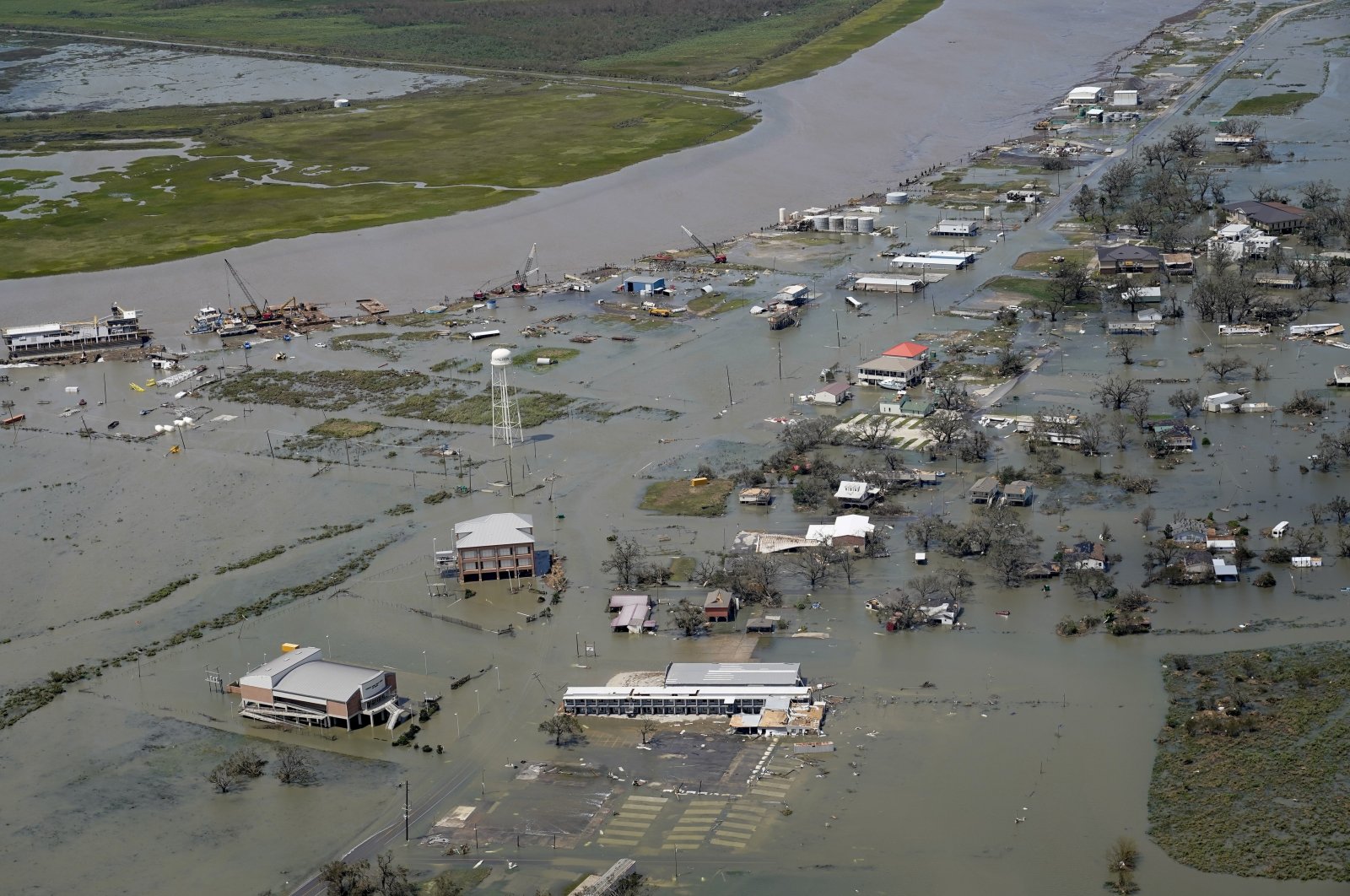 Buildings and homes are flooded in the aftermath of Hurricane Laura in Cameron, La. Laura, which jumped 65 mph (105 kph) in the day before landfall, tied the record for the biggest rapid intensification in the Gulf of Mexico on Aug. 27, 2020 (AP File Photo)
by agencies Nov 07, 2020 9:40 am
Edited By Nurbanu Tanrıkulu Kızıl

Nineteen people have died and around 20,000 homes have been damaged in the southern Mexico, bringing the estimated death toll in Mexico and Central America due to heavy rains to about 200, authorities said Friday.

Rains over the past few days have triggered landslides, including 13 that blocked roads, and the overflow of five rivers, the Chiapas civil protection agency said.

Ten bodies were found in a river that goes through the community of Kaomtealhucum II in Chenalho in central Chiapas. The victims had reportedly been swept away by the current some kilometers upstream.

The other nine, among them three children, died in three separate incidents in other communities.

The rains currently hammering southern Mexico are the result of a cold front and tropical depression Eta, which has caused an estimated 180 deaths in Central America.

In Guatemala, some 150 people are believed to have died, the majority in an avalanche, though the toll has not been confirmed, President Alejandro Giammattei said. There were also around 20 deaths recorded in Honduras, five in Panama, two in Costa Rica and two in Nicaragua.

Homes, roads and bridges have been damaged in the southern state of Tabasco, according to media reports.

Authorities said 20,000 houses were damaged in the state because of downpours and flooding.