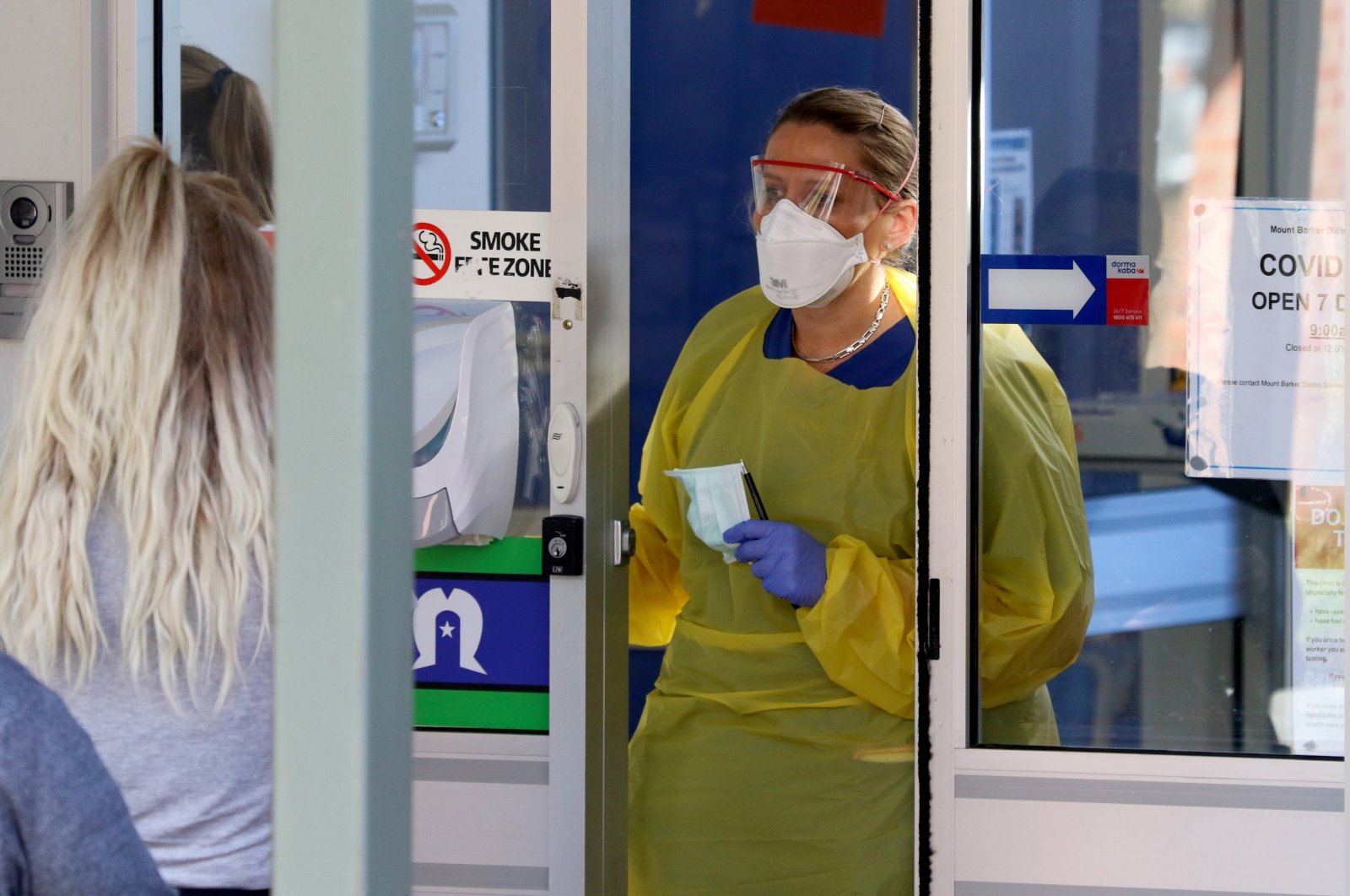 A nurse speaks with patients at the door of a new coronavirus disease (COVID-19) clinic opening at Mount Barker Hospital in Adelaide, Australia, March 17, 2020. (AAP Image via Reuters)
by Compiled from Wire Services Mar 19, 2020 8:36 am

Australia and New Zealand on Thursday said they were closing their borders to most foreigners amid novel coronavirus pandemic.

Australian Prime Minister Scott Morrison said the country's borders will be closed to all visitors, except citizens, permanent residents and their close family members.

The travel ban means the deadline for any non-Australian-citizens or non-residents of Australia entering the country is Friday at 9 p.m. (1000 GMT), Morrison told reporters.

Morrison said the travel ban was being put in place because "the overwhelming proportion of cases" of coronavirus in Australia have come from overseas.

Meanwhile, New Zealand closed its borders to all foreigners from midnight Thursday.

Prime Minister Jacinda Ardern told a press conference that citizens and permanent residents can still return, but their options are running out as many commercial airlines are cancelling flights.

"We will no tolerate risk at our borders," Ardern said at a news conference, adding that borders will remain open for freight and cargo and urged people not to panic-shop.

Australia has so far confirmed 636 cases, including six fatalities, of the coronavirus, known as COVID-19, while New Zealand has reported 28.