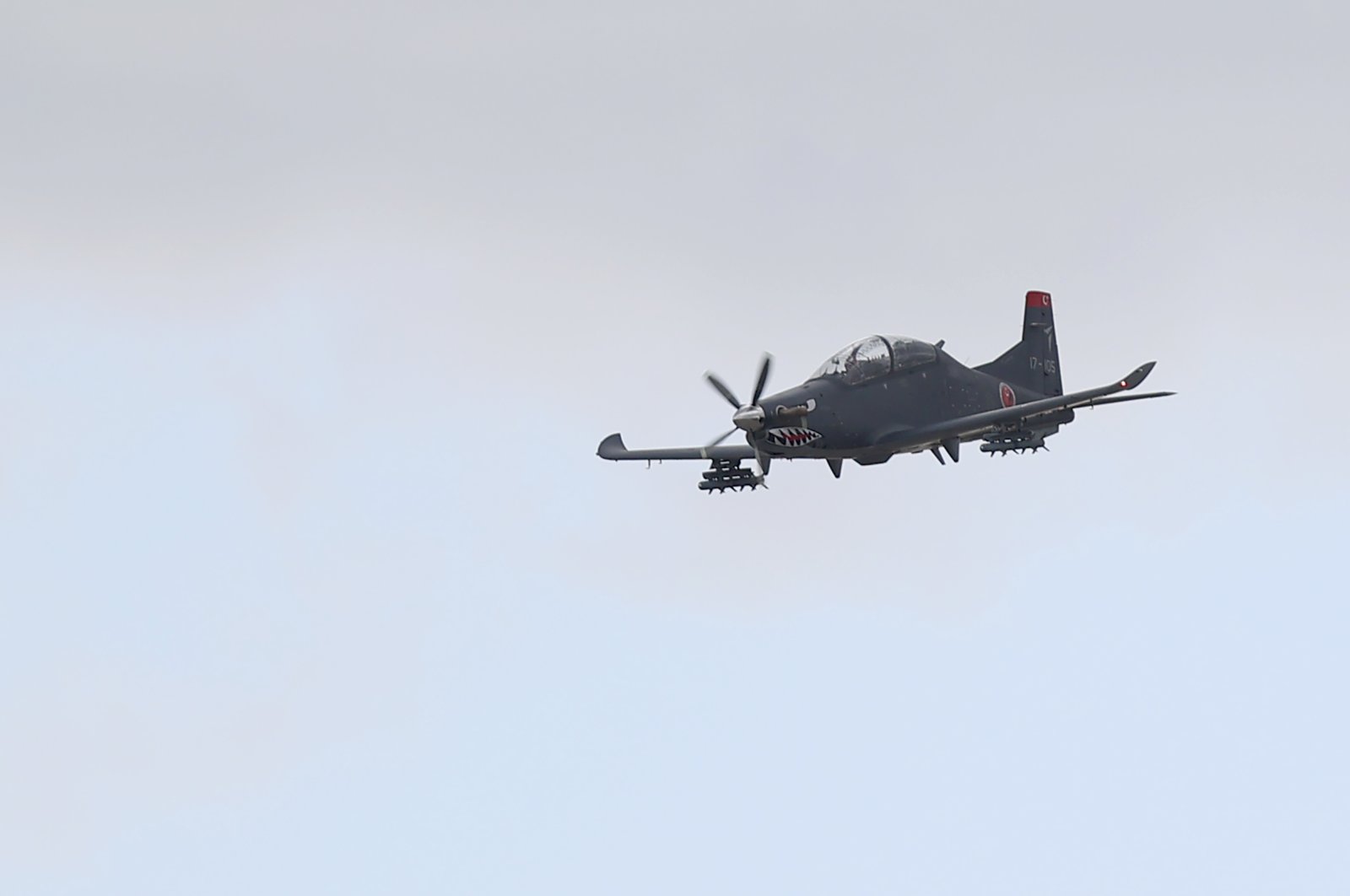 A plane maneuvers during a joint military drill hosted by Turkey with the participation of Azerbaijani, Northern Cyprus and Qatari elements in central Konya province, Turkey, May 31, 2021. (AA Photo)
by DAILY SABAH Jun 03, 2021 11:45 am
RECOMMENDED

According to a statement issued in the capital Baku, around 40 Armenian soldiers infiltrated Azerbaijani territory on Tuesday evening and were heading in the direction of Armudlu village in the Kalbajar area.

"The incident demonstrates once again that Armenia aims to aggravate the situation along the state border of the two countries," the statement said, adding that the move was in defiance of international and Azerbaijani calls to resolve border issues through negotiations and dialogue.

Armenia must act responsibly, respect the borders and territorial integrity of neighboring states and refrain from provocations that could aggravate the situation in the region, the statement stressed.

The drone, Griphon-12, was downed by Azerbaijani forces in the western Kalbajar region of the Armenian-Azerbaijani border, the ministry said in a statement.

In another incident, recently in late May, the Azerbaijani Defense Ministry said a "reconnaissance and sabotage group" of Armenian forces, consisting of two groups, "infiltrated" Azerbaijani territory.

The conflict between the two flared up last year and six weeks of fighting ended with a Russian-brokered truce on Nov. 10.

During that time, Azerbaijan liberated several strategic cities and nearly 300 of its settlements and villages that had been under Armenian occupation for some three decades.

The Nov. 10 cease-fire is seen as a victory for Azerbaijan and a defeat for Armenia, whose forces withdrew from the region in line with the agreement.

A joint Turkish-Russian center was established to monitor the cease-fire, with Russian peacekeeping troops also deployed in the region.