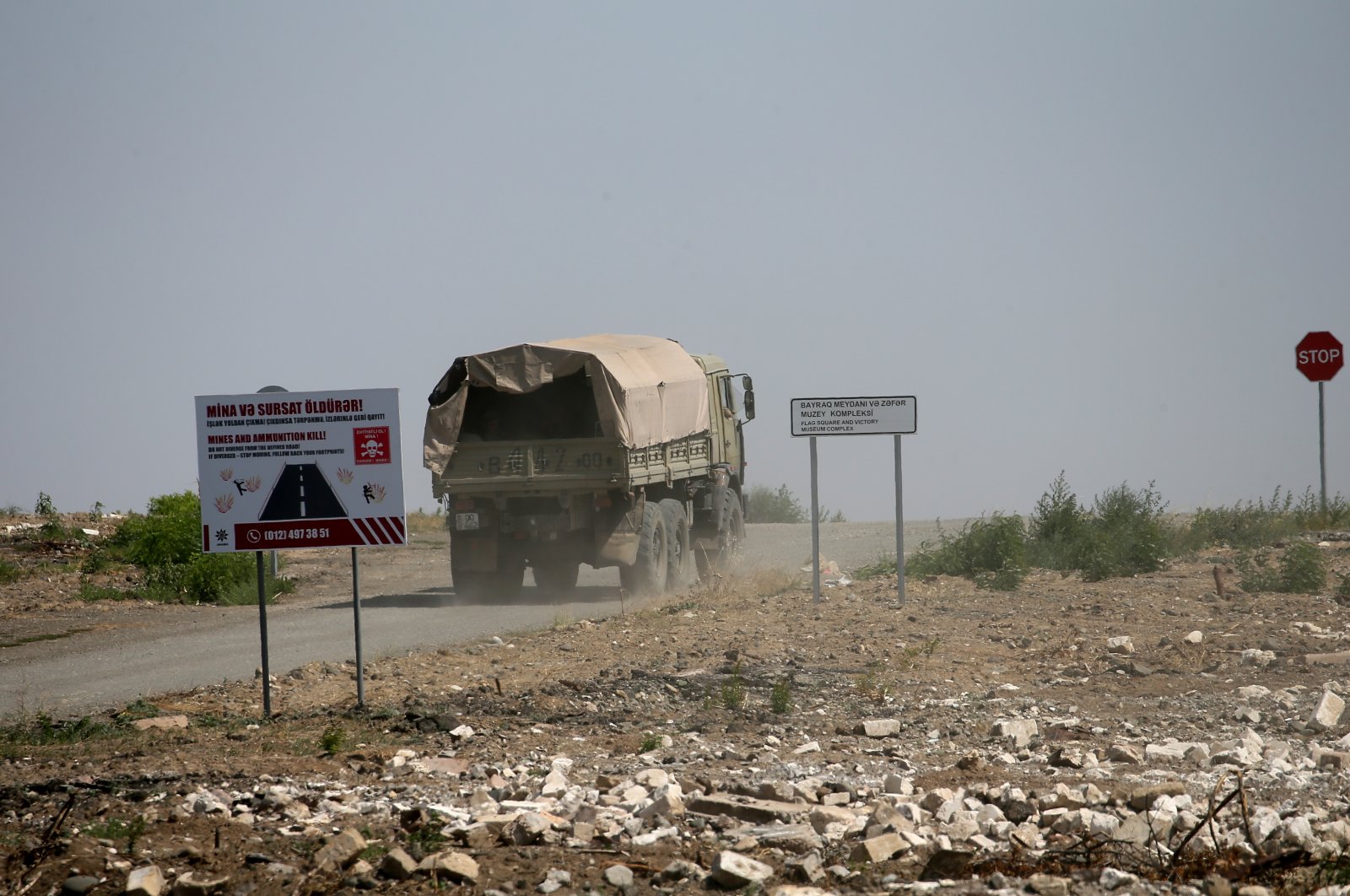 An Azerbaijani soldier was injured during clashes with Armenian forces when a group opened fire in the western province of Aghdam in Nagorno-Karabakh on Tuesday.

A group illegally present in liberated territories launched an armed assault on Azerbaijani soldiers near the village of Aliagali, according to a statement released by Azerbaijan's Defense Ministry.

The assault occurred at around 6 p.m. local time (2 p.m. GMT) on the way from a region guarded by Russian peacekeeping forces for the village.

The soldier, who was supervising road construction, was taken to a hospital.

In a conflict that erupted last September and ended in a Nov. 10 deal, Azerbaijan liberated several cities and nearly 300 settlements and villages from Armenia's nearly three-decade occupation.