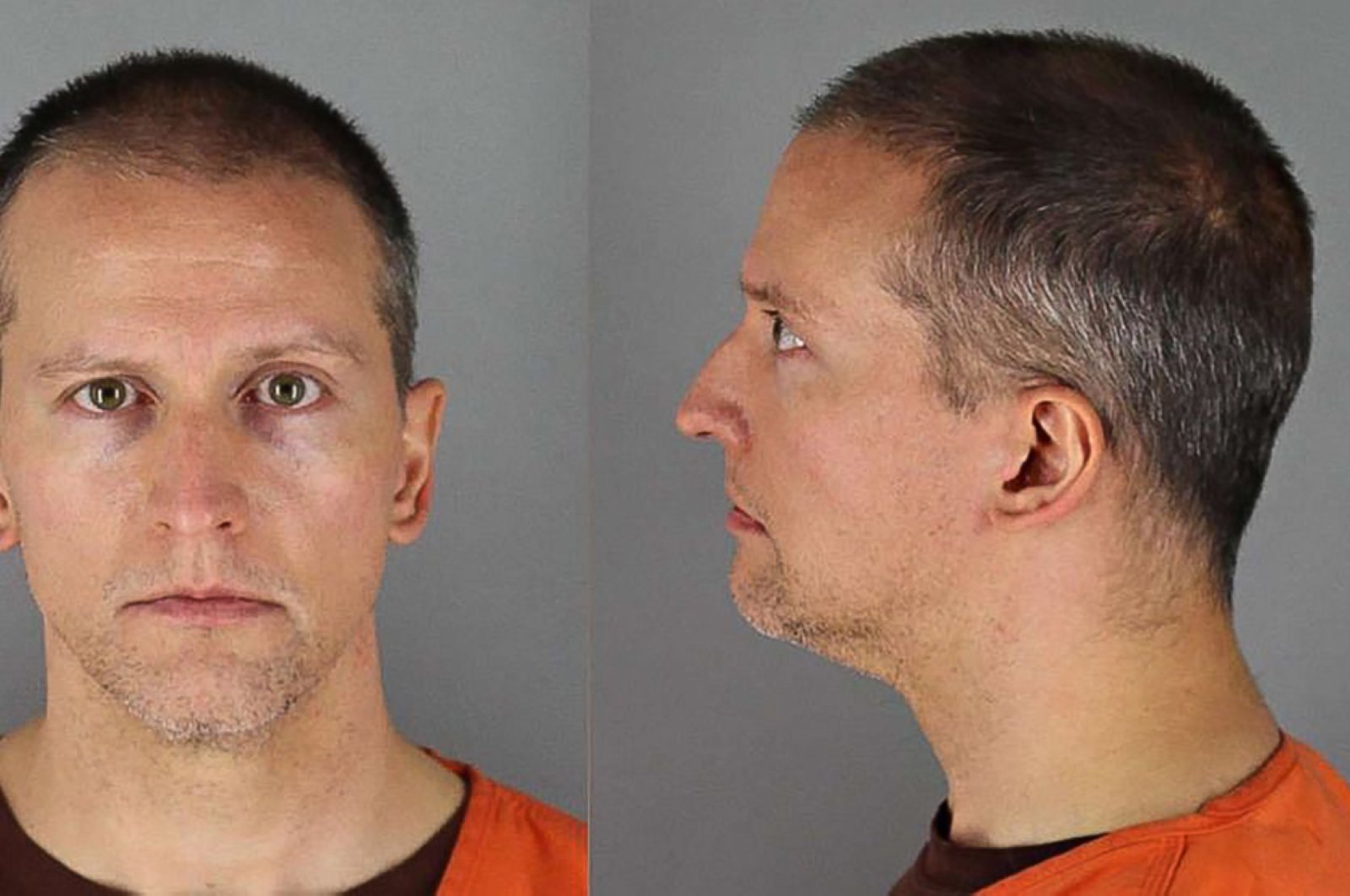 Derek Michael Chauvin is seen being held for sentencing in this handout photo obtained May 31, 2020, courtesy of the Hennepin County Jail. (AFP Photo)
by Compiled from Wire Services Jun 08, 2020 9:24 pm

A judge on Monday set $1 million bail for a Minneapolis police officer charged with second-degree murder in George Floyd’s death.

Derek Chauvin, 44, said almost nothing during an 11-minute hearing in which he appeared before Hennepin County Judge Denise Reilly on closed-circuit television from the state’s maximum-security prison in Oak Park Heights. His attorney, Eric Nelson, did not contest the bail – raised from the $500,000 initially set in the case – and didn’t address the substance of the charges, which also include third-degree murder and second-degree manslaughter.

Nelson did not speak with reporters afterward.

Floyd died May 25 after the white police officer pressed his knee into his neck for several minutes even after the handcuffed black man stopped moving and pleading for air. His death set off protests, some violent, in Minneapolis that swiftly spread to cities around the U.S. and the globe. Chauvin and three other officers on the scene were fired the day after Floyd’s death.