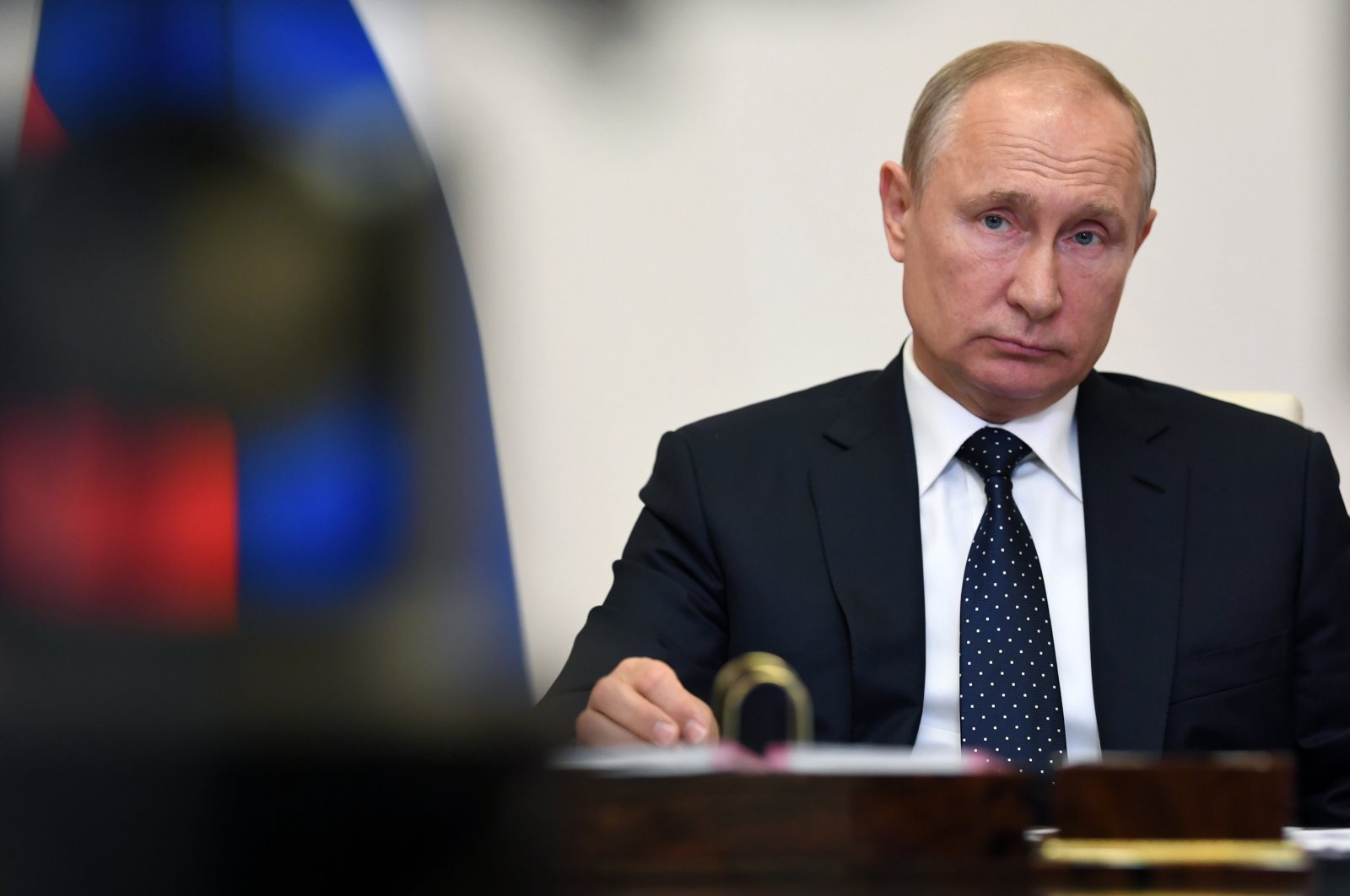 Russian President Vladimir Putin attends a meeting of the Supreme Eurasian Economic Council via teleconference at the Novo-Ogaryovo residence outside Moscow, Russia, May 19, 2020. (Kremlin Pool Photo via AP)
by Agencies Jun 03, 2020 3:36 pm
RECOMMENDED

Russia was excluded from the G-8 over its annexation of the Crimean Peninsula and the basis for that decision still stands, a German government spokesman said Wednesday, after U.S. President Donald Trump said he wanted to invite several other countries, including Russia.

"It is up to the Russian leadership to end this situation," government spokesman Steffen Seibert told a regular news conference in Berlin.

Russia was expelled from what was then the G-8 in 2014 after Moscow annexed Crimea from Ukraine. At the time, Trump's predecessor, Barack Obama, was president.

The EU's chief diplomat Tuesday warned Trump he did not have the power to change the format of the G-7 summit.

Trump said Saturday he would delay the summit scheduled for this month and invite other countries, including Russia, to join the meeting.

However, EU foreign affairs high representative Josep Borrell said Russia had not changed course since 2014 and so should not be readmitted.

"But changing membership, changing the format on a permanent basis, is not a prerogative of the G-7 chair."

Leaders from the G-7 – the U.S., Britain, Canada, France, Germany, Italy and Japan – had been scheduled to meet by videoconference after the coronavirus scuttled plans to gather in person at Camp David, the U.S. presidential retreat outside Washington.