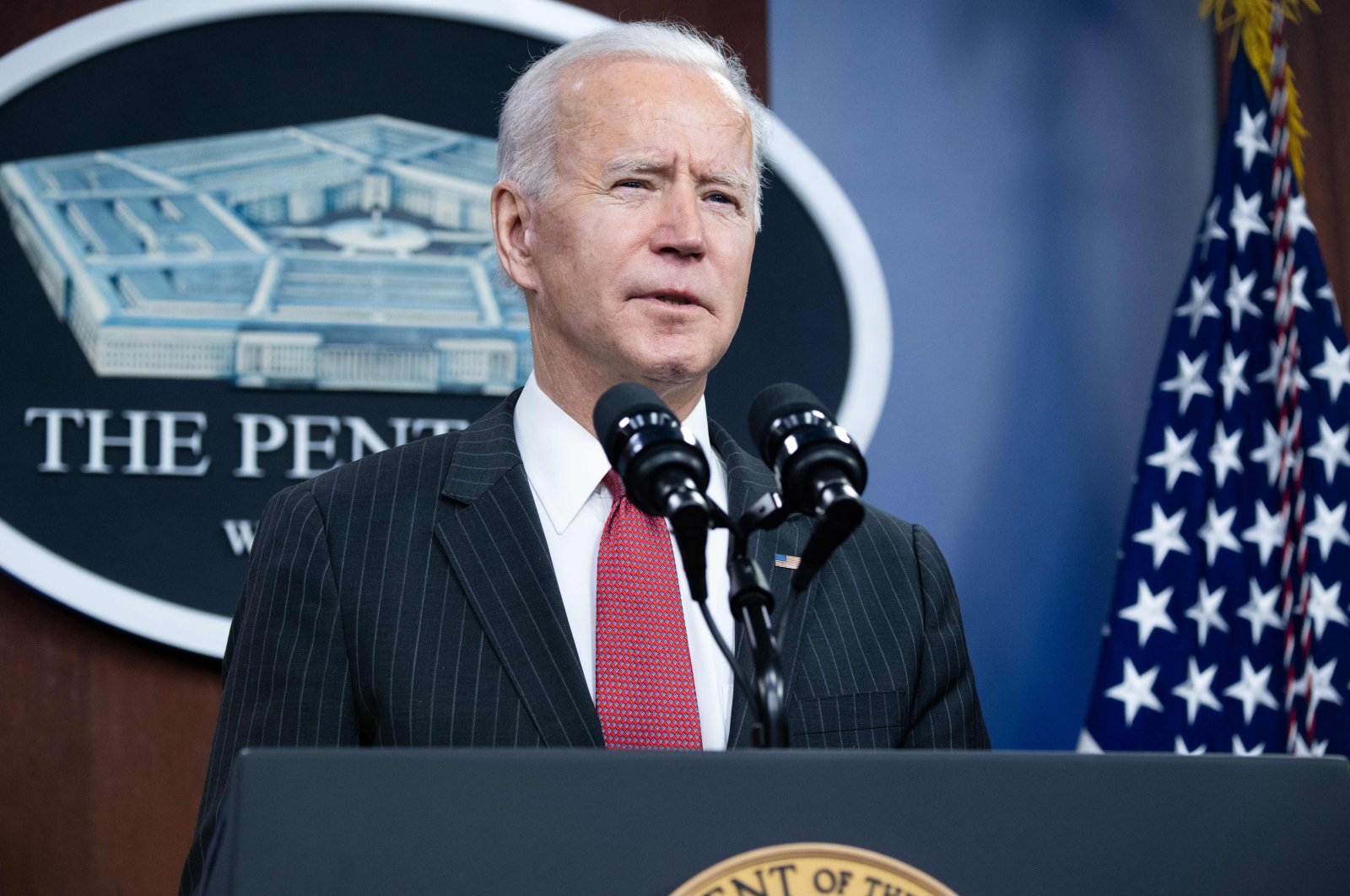 U.S. President Joe Biden and his Chinese counterpart Xi Jinping held their first telephone call as leaders, with Biden saying a free and open Indo-Pacific was a priority and Xi warning confrontation would be a "disaster" for both nations.

Biden also underscored his "fundamental concerns about Beijing's coercive and unfair practices, its crackdown in Hong Kong, reported human rights abuses in Xinjiang, and increasingly assertive actions in the region, including toward Taiwan," the White House said in a statement.

Xi told Biden that confrontation would be a "disaster" and the two sides should re-establish the means to avoid misjudgments, according to the Chinese foreign ministry's account of the call, which took place on Thursday morning Beijing time but Wednesday evening in the United States.

The Chinese leader maintained a hardline tone regarding Hong Kong, Xinjiang and Taiwan, which Xi told Biden were matters of "sovereignty and territorial integrity" that he hopes the United States will approach cautiously.

Taiwan's government, which has complained of China's repeated military drills near the Chinese-claimed and democratic island, thanked Biden for expressing his concern.

The telephone call was the first call between Xi and a U.S. president since the Chinese leader spoke with former President Donald Trump in March last year. Since then, relations between the two countries have plunged to their worst level in decades, with Trump blaming China for the COVID-19 pandemic.

During the Trump administration, the U.S. launched a series of actions against China, including a trade war, sanctions against Chinese officials and firms perceived to be security threats and challenging Beijing's South China Sea territorial claims. Xi congratulated Biden on his election in a message in November, even though Biden had called him a "thug" during the campaign and vowed to lead an international effort to "pressure, isolate and punish China." Chinese officials have expressed cautious optimism that bilateral relations will improve under Biden and urged Washington to meet Beijing halfway.

The U.S. and Chinese readouts of the call mentioned areas for potential cooperation, with both honing in on climate change and fighting the COVID-19 pandemic. "You have said that America can be defined in one word: Possibilities. We hope the possibilities will now point toward an improvement of China-U.S. relations," Xi told Biden, according to China's Foreign Ministry.

The Biden administration has made it clear that it will continue to maintain pressure on China, however, although it has also pledged to take a more multilateral approach. A senior Biden administration official told reporters ahead of the telephone call that Biden would be "practical, hard-headed, clear-eyed" in dealings with Xi, but wanted to ensure they had the opportunity to have an open line of communication, despite U.S. concerns about Chinese behavior.

The official said the call came at a time when the U.S. believed it was in a position of strength, after consultations with allies and partners, to lay out core concerns about China's "aggressive activities and abuses." The Biden administration will look in coming months at adding "new targeted restrictions" on certain sensitive technology exports to China in cooperation with allies and partners, the official said. He also said there would be no quick moves to lift the tariffs the former Trump administration left in place against Chinese imports. The call came after U.S. Secretary of State Antony Blinken spoke by phone to top Chinese diplomat Yang Jiechi on Friday.

That was the first announced high-level exchange between top diplomats from the two countries since former Secretary of State Mike Pompeo met Yang in Hawaii last June. In his call, Blinken said Washington would stand up for human rights in Xinjiang, Tibet and Hong Kong – all issues Yang had days earlier said the U.S. should stay out of.

Biden has said Beijing is Washington's "most serious competitor," and his administration has indicated it will broadly continue the tough approach taken by Trump.