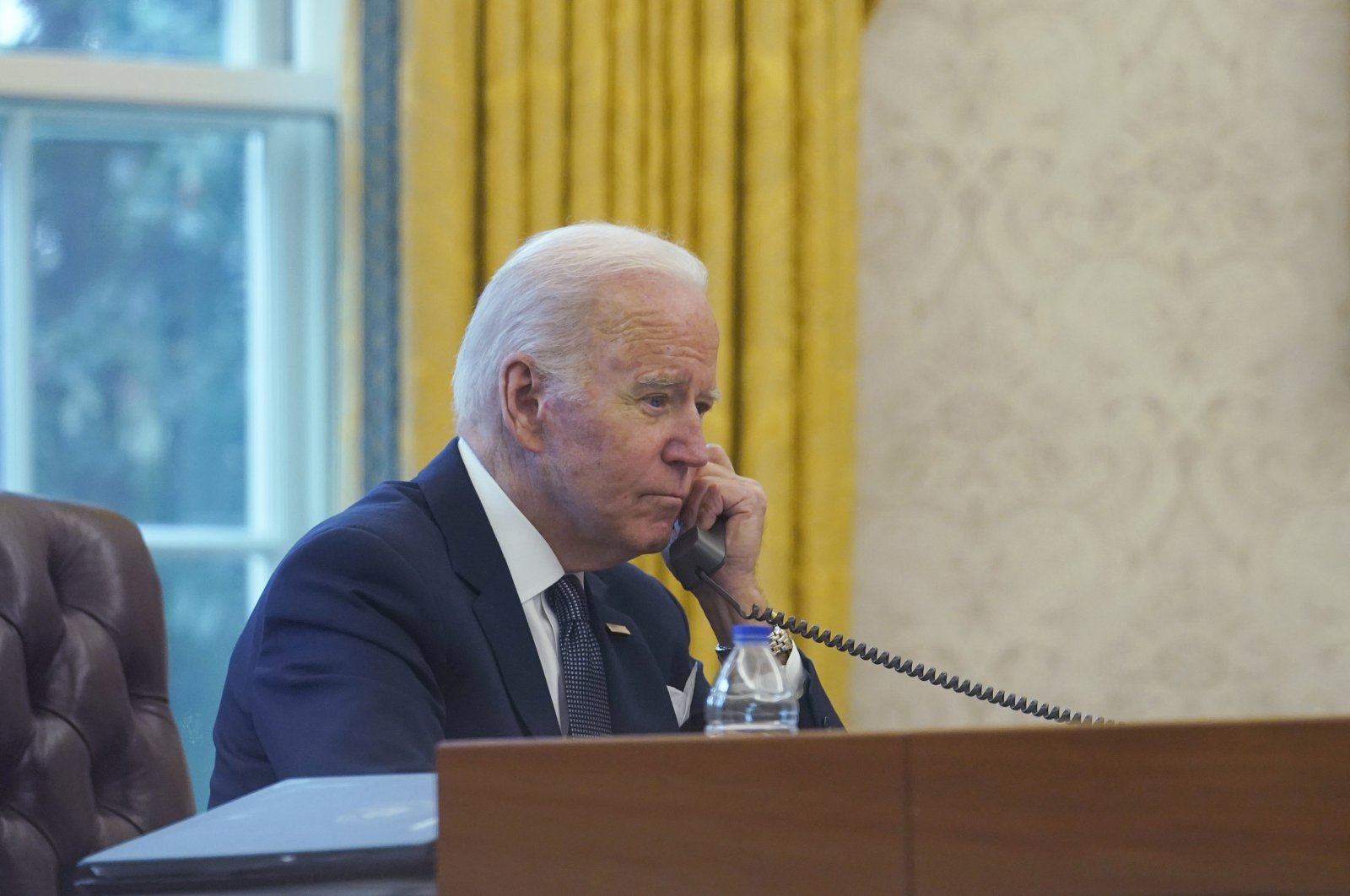 In this image made through a window, President Joe Biden talks on the phone with Ukrainian President Volodymyr Zelenskyy from the Oval Office of the White House in Washington, U.S., Dec. 9, 2021. (AP Photo)
by DAILY SABAH Dec 09, 2021 11:12 pm

"The president has asked his team to be prepared in the event that diplomacy fails and we must turn to other options," White House Press Secretary Jen Psaki told reporters.

"We will have no choice but to take additional measures," she added.

The latest round of talks began last week and was paused on Dec. 3 with Western participants accusing Iran of going back on progress made earlier this year.

International diplomats restarted the talks Thursday for what the chair of the negotiations called the "difficult endeavor" of reviving the 2015 deal between Iran and world powers.

The heads of delegations from the parties to the 2015 deal – Britain, China, France, Germany, Iran and Russia – were present at the talks in Vienna.

An American delegation plans to take part indirectly in the coming days.