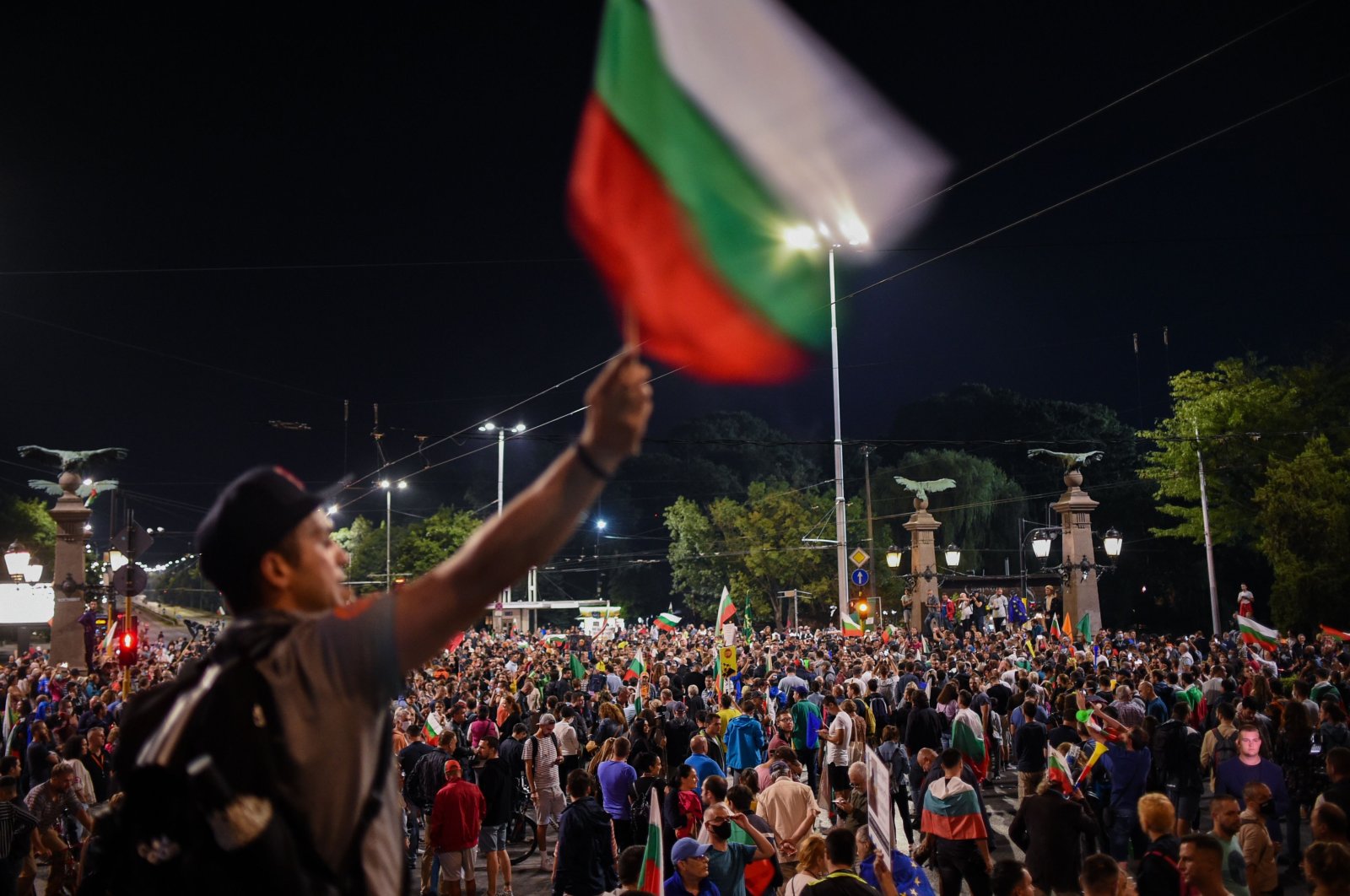 A protester waves the Bulgarian flag as people gather on a major crossroads in downtown Sofia during an anti-government demonstrations on Aug. 7, 2020,. (AFP Photo)
by German Press Agency - DPA Aug 09, 2020 2:20 pm

A month after protests began in Bulgaria, a prominent lawmaker said Saturday the government was ready for talks with demonstrators.

"We are ready for a dialogue," said GERB party politician, Toma Bikov, in an interview with the Bulgarian news agency, Focus.

He appealed to protesters, who belong to various different groups, to appoint representatives to put forward their demands.

Since July 9, thousands of protesters have turned out to call for the resignation of Prime Minister Boyko Borisov's government, as well as the country's state prosecutor Ivan Geshev.

They have also called for new elections, though the next regular elections are already due to take place in March 2021.

The demonstrators, supported by the opposition Socialists and Bulgaria's President Rumen Radev, say the government is corrupt and has links to oligarchs.

The nationalist-conservative coalition government, which has been in power since 2017, said Friday it would not stand down "under pressure from street protests."

There were also protests in the Black Sea city of Varna and in Plovdiv in the country's south.