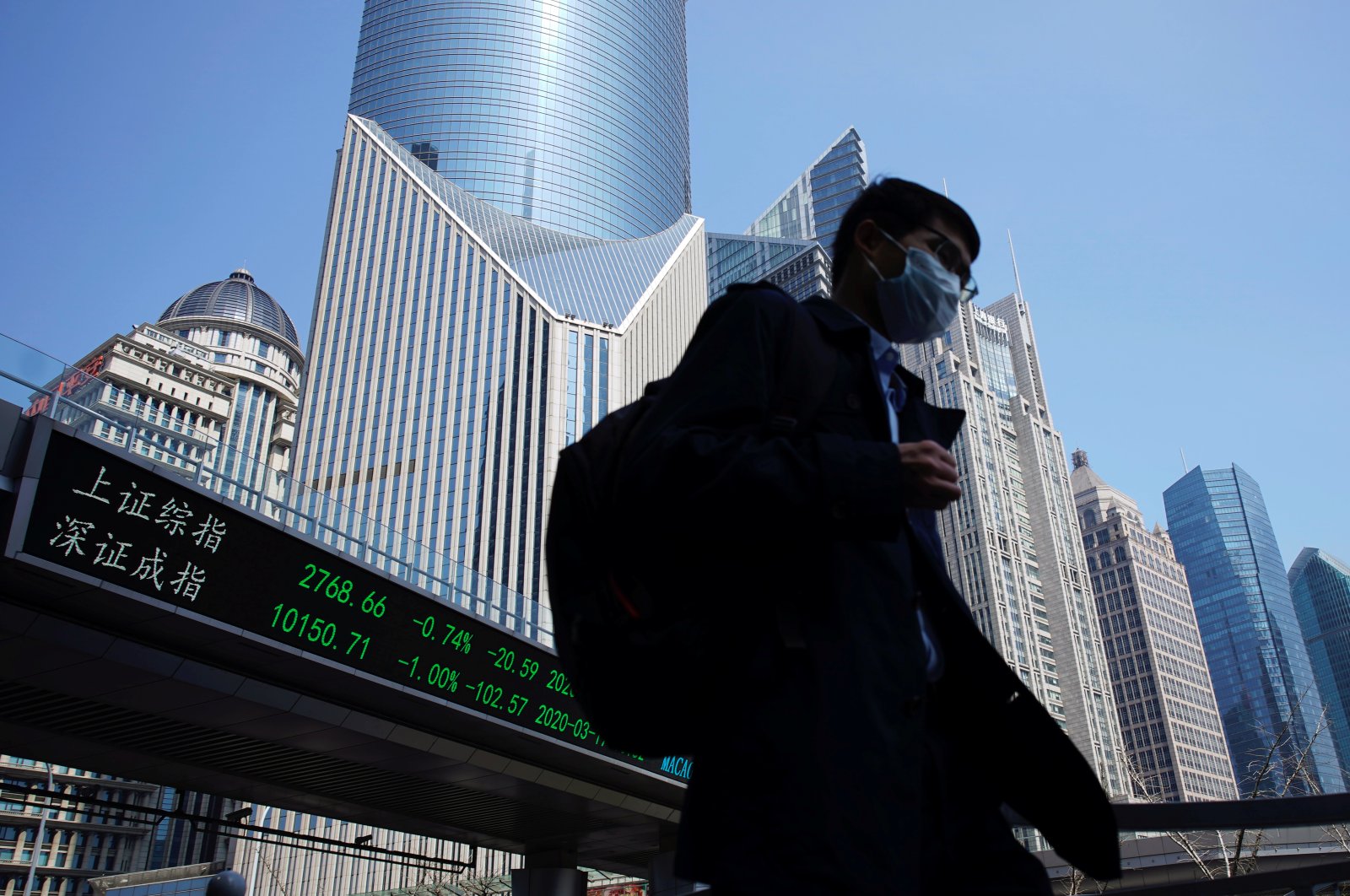 A pedestrian wearing a face mask walks near an overpass with an electronic board showing stock information, following an outbreak of a novel coronavirus in Shanghai, China, March 17, 2020. (Reuters Photo)
by Associated Press Mar 17, 2020 9:09 pm

China says it will revoke the credentials of Americans at three U.S. newspapers in response to new U.S. restrictions on Chinese media.

In a news release posted online, the foreign ministry said early Wednesday that China demands American journalists working for the New York Times, Wall Street Journal and Washington Post whose credentials are due to expire before the end of 2020 to hand back their press cards within 10 days.

The Chinese government says they won't be allowed to keep working as journalists in mainland China, Hong Kong or Macao.

The move comes after the Trump administration designated five Chinese media outlets as foreign missions and restricted the number of Chinese who could work for them.

China said that its steps were necessary and reciprocal countermeasures in response to what it called unreasonable oppression of Chinese media in the U.S.

The U.S. announced earlier this month that five state-controlled Chinese media outlets would be restricted to 100 visas, a de facto expulsion of about one-third of their Chinese staff. It cited increasingly harsh surveillance, harassment and intimidation of American and other foreign journalists working in China.

The Chinese outlets, which employ about 160 Chinese citizens in the U.S., include the official Xinhua News Agency and China Global Television Network, or CGTN, the overseas arm of state broadcaster CCTV.