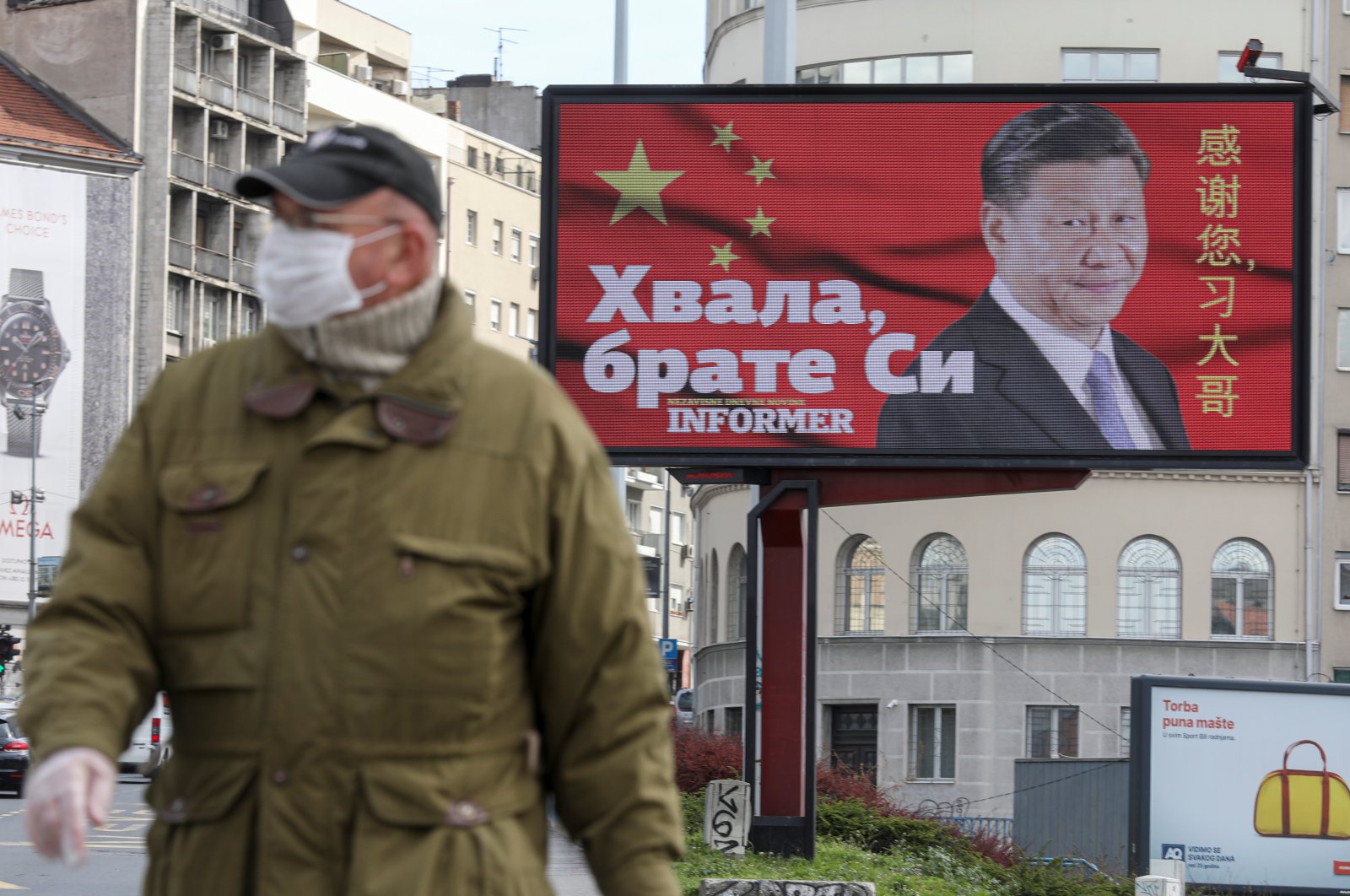 When China’s first shipment of coronavirus medical aid landed in Belgrade, the president of Serbia appeared kissing the Chinese flag. In Hungary, officials have played down assistance from the European Union and praised Beijing’s help. Meanwhile, in the Czech Republic, its president says that only China was there during the virus spread.

While elsewhere China tries to polish an image tarnished by its initial handling of the coronavirus outbreak, Beijing has no problem maintaining its hard-won influence in parts of Eastern Europe, where it battles for clout with the EU as well as with Russia.

China was criticized in the West for its early mishandling of the crisis due to politically motivated foot-dragging while the virus raced through a province and its capital, Wuhan. Now it is seeking to change perceptions through “mask diplomacy” – a mix of soft power policy, political messaging and aid shipments — to portray Beijing as a generous and efficient ally.

China for years has been increasing its political and economic influence in southeastern Europe through its Belt and Road global investment projects. Its image-polishing after the outbreak found fertile ground in places like Serbia and Hungary, whose populist leaders nurture close ties with Beijing or Moscow.

“We must be aware there is a geopolitical component, including a struggle for influence, through spinning and the politics of generosity,” EU’s top foreign policy official Josep Borrell recently wrote in a blog, referring to China. “Armed with facts, we need to defend Europe against its detractors.”

Chinese officials have repeatedly rejected claims that Beijing seeks political gains by giving the aid, saying the allegations result from deep-rooted misperceptions of China's goals in the West.

Chinese Foreign Ministry spokeswoman Hua Chunying said Beijing is doing what it can “to help those countries and people affected ... to save and safeguard people’s lives and health to the greatest extent across the world."

In Serbia, a candidate for EU membership, officials and state-controlled media have played down the millions of euros in grants and loans from Brussels while praising Chinese deliveries, donations and sales of supplies. Opposition groups have demanded the Chinese aid be disclosed and stacked up against the EU's apparently much larger assistance, but those calls have been ignored.

The pro-China narrative included billboards supporting Chinese President Xi Jinping, whom Serbian President Aleksandar Vucic routinely describes as his “brother,” as well as suggestions that a monument is erected to honor Belgrade's friendship with Beijing.

“European solidarity does not exist. Only China can help," Vucic said last month while announcing a nationwide state of emergency that gave him expanded powers in the health crisis.

The EU’s executive arm, the European Commission, has pledged 15 million euros in immediate support for Serbia’s health sector, plus 78.4 million euros for its social and economic recovery. The EU also has given 2 million euros to help pay for shipping more than 280 tons of emergency medical supplies that Serbia bought.

Responding to criticism from some European officials that he praised China while ignoring the EU aid, Vucic insisted in a state TV interview last week that the bloc was not willing to sell or provide breathing machines to cope with the medical crisis.

Vucic thanked the EU for the money but insisted China had given more, without providing details.

On Tuesday, Vucic's office said he had a phone conversation with the Chinese leader during which he praised Beijing for showing “brotherly care for the citizens of Serbia."

“When the first plane landed at Belgrade airport on March 21 with the great Chinese help in medical equipment and material, accompanied by Chinese experts, the Serbs were awakened with the new optimism as they knew that in this fight they will not be alone,” the statement said.

Serbia and Hungary have been important gateways to Europe for China through its infrastructure and investment projects.

China’s investments in Serbia include an estimated $6 billion in loans for highways, railroads and power plants as well as contracts for a 5-G network and facial recognition surveillance equipment. U.S. officials warned of Beijing's “debt trap" diplomacy that could cost them their sovereignty if they fail to service the loans.

Government officials in Hungary repeatedly praised China and other Asian countries, thanking them for supplying masks, breathing machines and other needed equipment. At the same time, Prime Minister Viktor Orban and other ministers have played down EU assistance and have belittled those critical of the extraordinary powers given to Hungary's leadership during the state of emergency amid the pandemic.

“All of Europe, including western Europe, is always extraordinarily critical and often ready to educate and lecture about the essence of democracy, (but) everyone is standing in line in China for the products needed for health protection,” Foreign Minister Peter Szijjarto said last week in Parliament. “So, it’s possible that after the end of the coronavirus, European policies regarding Eastern relations may have to be slightly reassessed.”

On Tuesday, a cargo plane with 80 tons of protective gear bought from China landed in Warsaw. Prime Minister Mateusz Morawiecki greeted the flight, which followed a donation to Poland from China of masks and equipment last month.

CHOICE, a group of experts monitoring Beijing's presence in southeastern Europe, warned in a report this month that “China has been increasingly active in political, economic and societal domains" in the region.

Czech President Milos Zeman, known for his pro-Russian and pro-Chinese views, said in a speech March 19 that “China was the only country that helped us have the (protective) gear delivered.”

China expert Martin Hala countered by criticizing what he called a “huge propaganda campaign that accompanies the so-called aid” from Beijing. He told Czech public TV it was“a normal commercial delivery,” not aid.