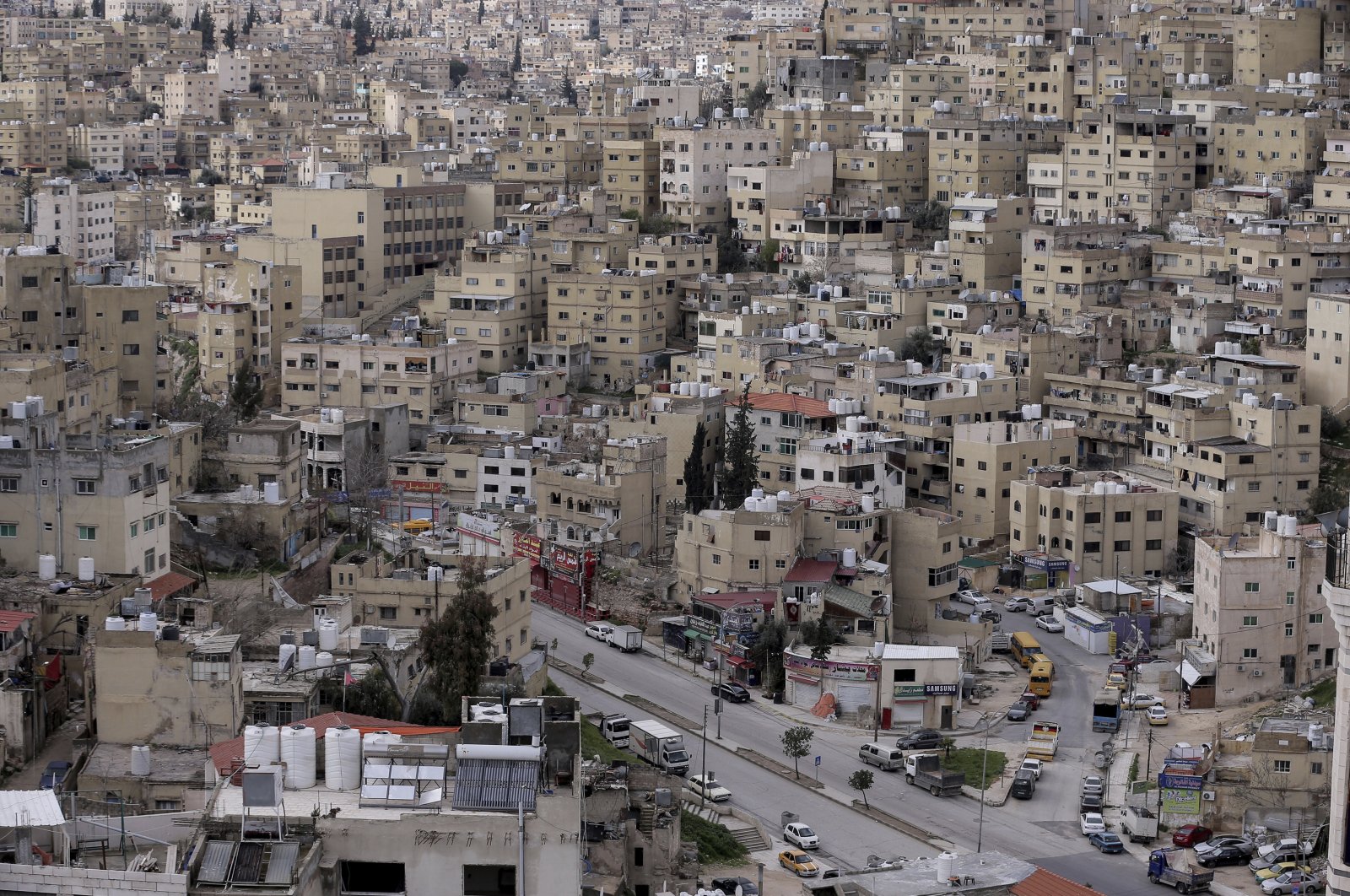 The streets of the Jordanian Capital are seen empty after the start of a nationwide curfew, amid concerns over the coronavirus pandemic, in Amman, Jordan, Saturday, March 21, 2020. (AP Photo)
by Associated Press Mar 21, 2020 6:48 pm
RECOMMENDED

Streets, squares and highways were deserted in large parts of the world Saturday as curfews and lockdowns multiplied in the face of a rapidly advancing virus that is severely straining many health systems.

Three American states with a combined population of 70 million are moving to restrict residents to their homes to prevent the spread of the new coronavirus. California started Friday and New York and Illinois were to follow this weekend. Connecticut and Oregon were preparing to do the same.

Almost a week into tight restrictions on free movement and the closure of most shops in Spain, police intensified their efforts to enforce confinement rules with fines and extra patrols to stop city-dwellers with second homes in the country from leaving town for the weekend.

Spain now has the third-highest number of infections worldwide. On Saturday it reported almost 5,000 new cases in the past day, bringing the total to nearly 25,000. The death toll rose to 1,326, up from 1,002 Friday.

As hospitals and nursing homes buckle under the burden of the virus outbreak, Spanish health authorities have acknowledged that some intensive care units in the hardest-hit areas are close to their limit and warned that they expect infections to continue to rise before measures to reverse the trend have an effect.

The army was building a field hospital with 5,500 beds in a convention center in Madrid, where hotels are also being turned into wards for virus patients without serious breathing problems.

In Germany's southern state of Bavaria, town squares were empty. Pigeons outnumbered people in London's usually bustling Trafalgar Square and Leicester Square a day after the British government ordered the closure of all bars, restaurants, movie theaters and other places where people congregate.

But shoppers still flocked to street markets in both countries, a sign that restrictions were being interpreted in a patchwork fashion.

The number of confirmed cases of COVID-19 recorded in Africa rose above 1,000 Saturday, according to the Africa Centers for Disease Control and Prevention. At least 40 of Africa’s 54 countries now have cases.

Almost 287,000 cases have been confirmed globally, including more than 11,900 deaths, according to a running tally by Johns Hopkins University. Nearly 89,000 people have recovered.

For most people, the new virus causes only mild or moderate symptoms, such as fever and cough. For some, especially older adults and people with existing health problems, it can cause more severe illness, including pneumonia. The vast majority recover.

Officials in many countries are desperate to prevent — or at least limit — a repeat of what has happened in China and southern Europe. The coronavirus outbreak overwhelmed medical services in the central Chinese city of Wuhan earlier this year and now is pushing them to the limit in Italy, Spain and France.

Italy’s surging case numbers have frustrated health officials. Statements by authorities earlier on in the outbreak had raised hopes that new infections might soon start dropping off. But on Friday, officials reported further record increases, with 5,986 new cases and 627 new deaths. The country, which has Europe’s largest outbreak, now has at least 47,021 cases and 4,032 dead.

Health Minister Roberto Speranza called for a “great alliance” between citizens and institutions, saying “what counts more is the behavior of every individual.” Giuseppe Sala, mayor of Milan, capital of the hardest-stricken region of Lombardy, tried to rally the city’s 1.4 million citizens, tweeting that “by now, we have understood, this is a marathon, not a sprint.”

Germany's southwestern state of Baden-Wuerttemberg on Saturday offered to take in patients from the neighboring French region of Alsace that's struggling with a surge of infections overwhelming hospitals.

Britain still lags behind Italy, Spain and France in the spread of the virus, but the country’s overstretched health system is creaking. The state-funded National Health Service has about 4,000 critical-care beds and some 5,000 ventilators and officials say that's far fewer than will be needed as the number of cases spike in the coming weeks. Britain, which has recorded 3,983 confirmed cases of COVID-19 and 177 deaths, has already asked 65,000 retired nurses and doctors to return to work.

In the U.S., the restrictions on movement take effect Saturday in Illinois and Sunday in New York. All workers in nonessential businesses will be required to stay home and gatherings of any size are banned in New York. Exceptions will be made for important errands, such as buying groceries and medicine and for exercise.

The lockdowns in California and other states sent stock markets tumbling again. Wall Street had its worst week since the 2008 financial crisis, with the Dow Jones Industrial Average falling more than 900 points and down 17% for the week.

Turkey more than tripled the number of countries to which flights have been suspended to 68, as authorities banned picnics, barbecues and send-off gatherings for new soldiers.