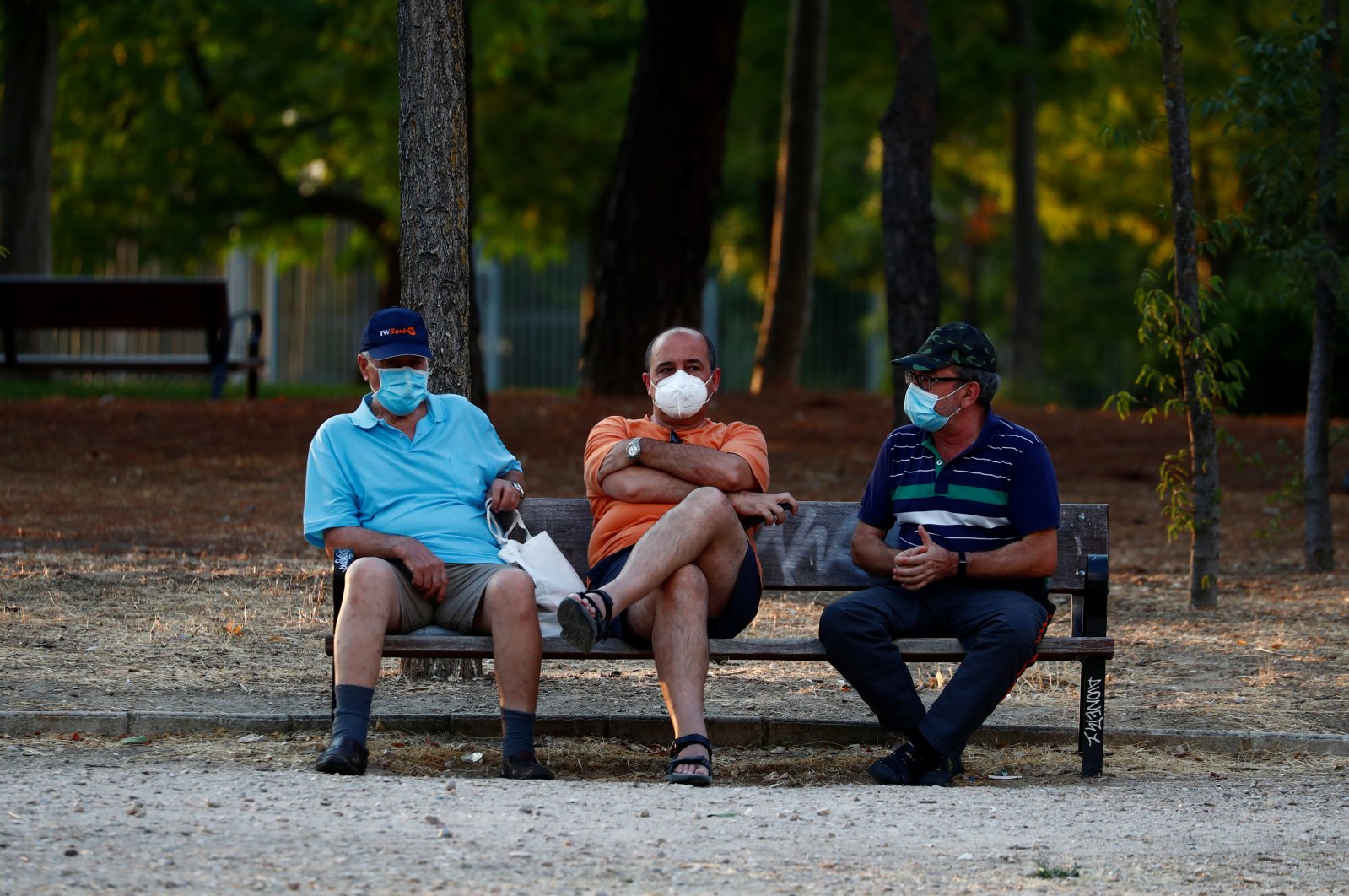 Numerous countries have tightened coronavirus restrictions amid fears of a second wave as the global death toll from the pandemic passed 650,000

Spain and Germany were among the countries tightening restrictions on Tuesday in a bid to cool coronavirus hot spots that have sparked fears of a second wave.

The World Health Organization (WHO) warned that the virus did not appear to be affected by seasonality, as the global death toll from the pandemic passed 654,000 Tuesday – nearly one-third of the dead in Europe, according to an AFP tally.

More than 100,000 deaths have been recorded since July 9, and the global toll has doubled in just over two months.

This is "more than three times the loss during the Global Financial Crisis of 2009," the Madrid-based body said in a statement.

The International Air Transport Association (IATA), meanwhile, warned that global air traffic would not return to levels seen before the coronavirus pandemic until at least 2024.

Spain, one of the countries hit hardest by the pandemic, insisted it was still a safe destination for tourists despite tackling 361 active outbreaks and more than 4,000 new cases.

The strict lockdown in Spain destroyed more than a million jobs during the second quarter of the year, the National Statistics Institute (INE) reported Tuesday – mainly in tourism.

Germany, which has registered an average of 557 new cases a day over the past week, also tweaked its mask rules, saying they must be worn outdoors wherever social distancing was not possible.

"We must prevent that the virus once again spreads rapidly and uncontrollably," its disease control agency said Tuesday.

Iran suffered its worst day yet of the pandemic, reporting 235 new deaths on Tuesday, a record toll for a single day in the Middle East's hardest-hit country.

Officials have made masks mandatory in enclosed public spaces and allowed Tehran and other hard-hit provinces to reimpose the restrictions progressively lifted since April to reopen Iran's sanctions-hit economy.

On Tuesday, it announced a full lockdown over the Muslim holiday of Eid al-Adha from July 30 until Aug. 3, and limits on bar and restaurant capacity.

Florida's virus death toll passed 6,000 on Tuesday as the disease claimed another 186 lives.

McDonald's, meanwhile, blamed coronavirus closures for a 68%drop in second-quarter profits to $483.8 million.

The virus continued to hit major sporting events, as Major League Baseball (MLB) on Tuesday shut down the Miami Marlins for the remainder of the week. Four more members of the virus-stricken franchise had tested positive for COVID-19.

And in American football, the New England Patriots' pre-season preparations were hit after six players opted out of the 2020 campaign over coronavirus fears.

The 2020-21 Belgian football season will begin behind closed doors following new measures announced by the government to stem a flare-up in coronavirus cases, the Pro League announced Tuesday.

Not a seasonal virus

In China, officials moved to head off the possibility of a second wave after a new cluster in the northwest port city of Dalian spread to other provinces.

Health authorities said the Dalian cluster had now spread to nine cities in five regions across the country, including as far away as the southeast coastal province of Fujian.

Beijing has tightened measures in the affected region, introducing mass testing in Dalian and heightened scrutiny of travelers arriving in the city.

China had largely brought the virus under control since it first emerged in the country late last year, through a series of strict lockdowns and travel restrictions.

Greece said it would reopen six of its ports, including Piraeus in Athens, to cruise ships at the weekend. But responding to a recent rise in infections, it made masks compulsory again in shops and public services.

"Season does not seem to be affecting the transmission of this virus," WHO spokeswoman Margaret Harris told reporters.

It is summer in the United States, which with nearly 148,000 deaths and close to 4.3 million cases is the hardest-hit country.

It is winter in the second most affected country Brazil, which has recorded more than 87,000 deaths.