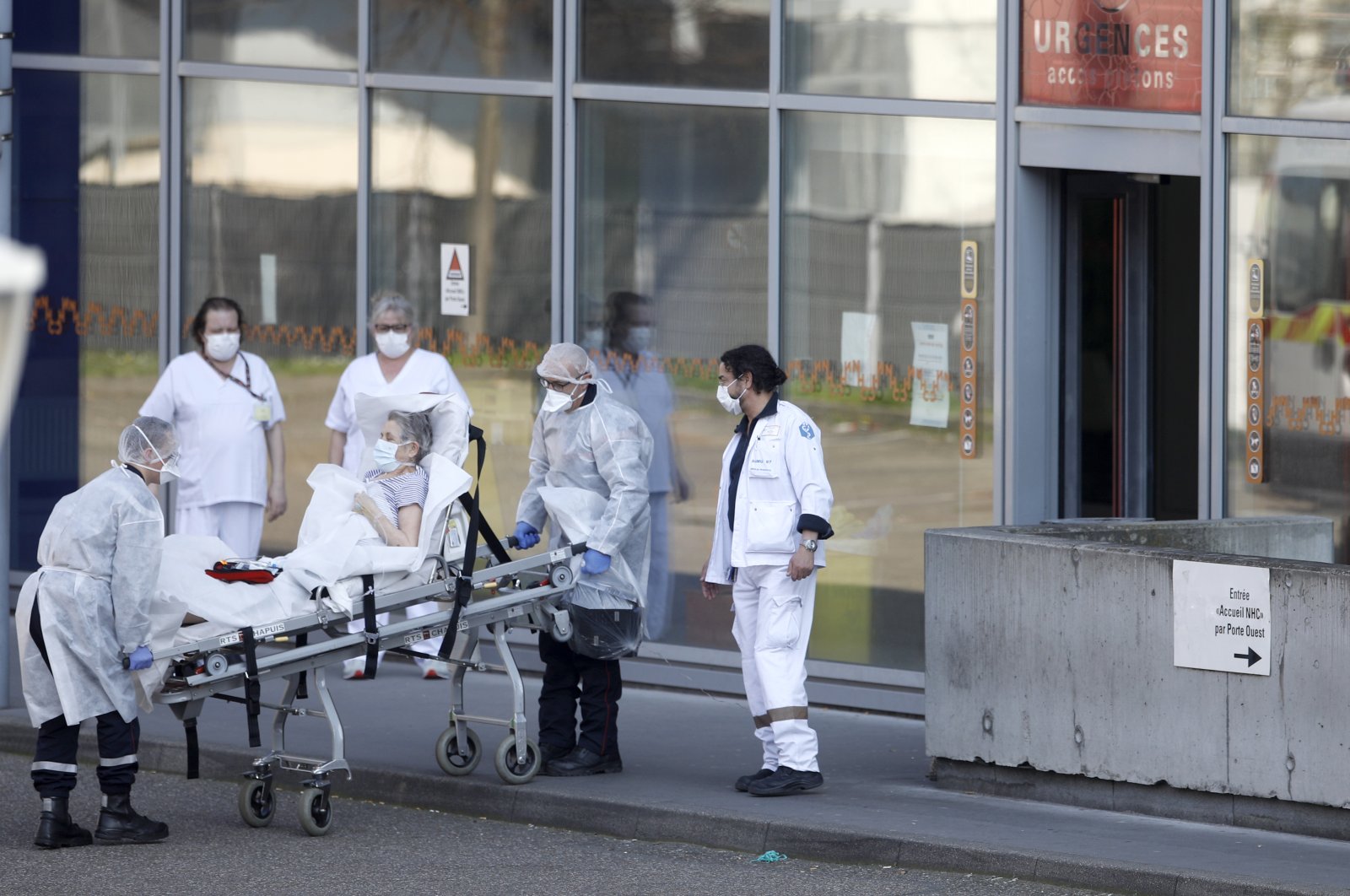 An elderly woman is admitted at the emergency service of an hospital in Strasbourg, eastern France, Thursday, March 19, 2020. (AP Photo)
by Daily Sabah with Wires Mar 20, 2020 8:35 am
RECOMMENDED

The global death toll from the novel coronavirus outbreak exceeded 10,000 as the epicenter of the pandemic shifted toward Europe and the U.S.

The disease caused by the virus, known as COVID-19, has infected more than 245,000 people across the world.

More than 79% of the fatalities occurred in the world's three worst-hit countries – China, Italy and Iran.

The Chinese city of Wuhan, where the virus was first detected, has recorded a second consecutive day with no new confirmed or suspected cases.

Nationwide, a total of 39 cases were recorded Friday, the health ministry said, all of them brought from overseas. Three more deaths were also registered, bringing China's total to 3,248, a figure surpassed on Thursday by Italy as the highest in a single nation.

China still leads in overall cases, with 80,967, more than 71,000 of whom have been declared healthy and sent home.

The country has loosened some travel restrictions in Hubei, the province surrounding Wuhan, although its provincial border remains closed and Wuhan itself remains under lockdown. Officials say they will only lift the quarantine after Wuhan goes 14 consecutive days with no new case.

Meanwhile, Italy's death toll from the outbreak surpassed the number of fatalities recorded in China on Thursday, even though the European country has had half as many cases as China.

All 40 million California residents were ordered to stay at home indefinitely Thursday in a bid to battle the coronavirus pandemic in the nation's most populous state.

The statewide directive, which Gov. Gavin Newsom said goes into effect "this evening," is the most dramatic containment measure yet by a U.S. state.

"There is a recognition of our interdependence that requires of this moment that we direct a statewide order for people to stay at home," he said.

No end date was set for the measure because the pandemic is a "dynamic situation," said Newsom.

California has been among the worst hit by the virus, with at least 18 confirmed deaths so far, according to a Johns Hopkins University tally. Around 1,000 Californians have tested positive.

Several European nations, including Belgium, France, Italy and Spain, have imposed lockdowns. Argentina also said it would go on a "preventative and compulsory" lockdown from Friday until March 31 in an effort to contain the virus.