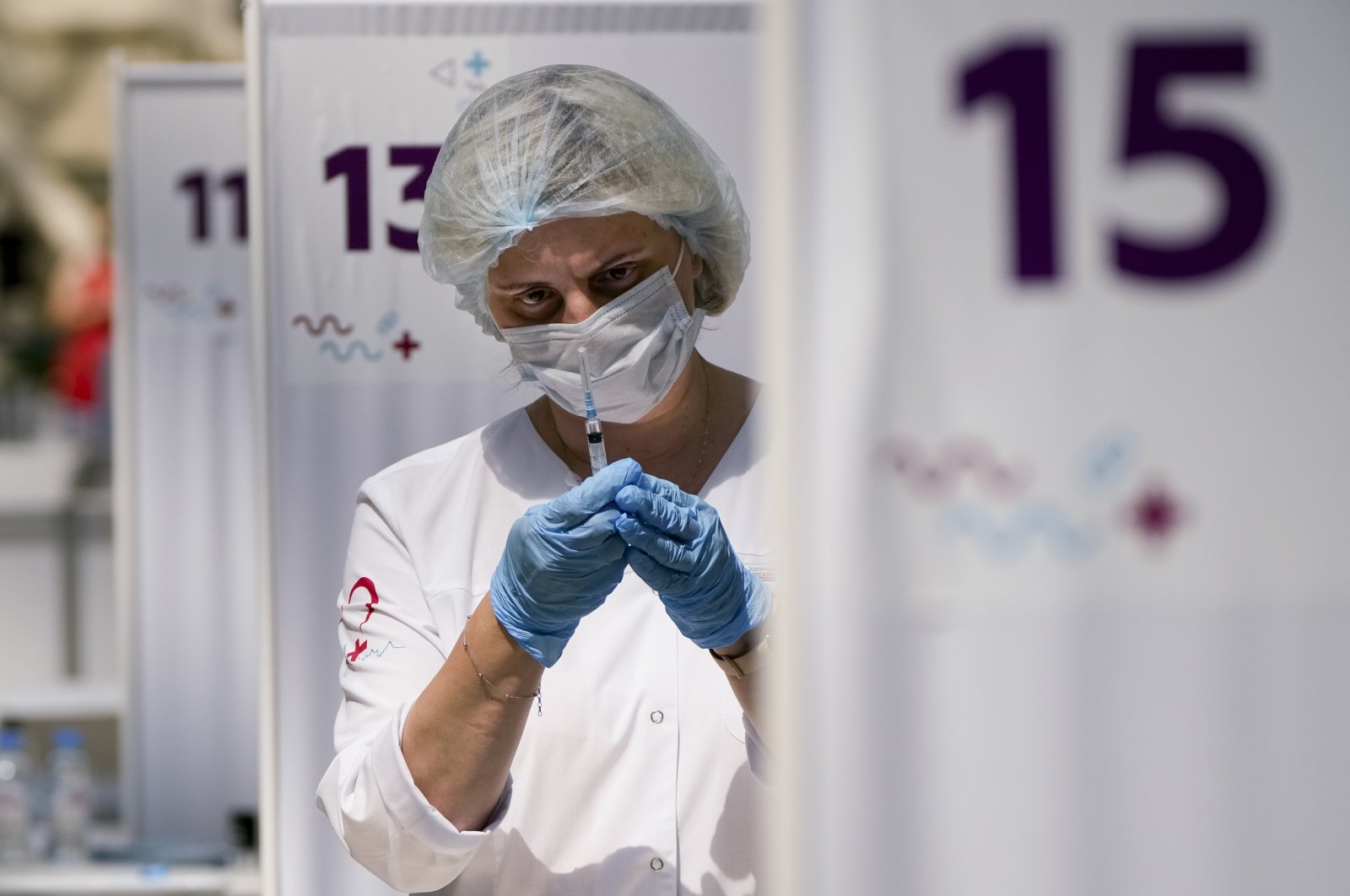 Between 80,000 and 180,000 health care workers may have been killed by COVID-19 as of May this year, the World Health Organization (WHO) said Thursday, urging to prioritize medical professionals for vaccination.

The WHO said the fact that millions of health workers remain unvaccinated is an "indictment" on the countries and companies controlling the global supply of doses.

WHO chief Tedros Adhanom Ghebreyesus said health care workers needed to be among the first immunized against the disease, as he slammed the global inequity in the vaccine roll-out.

"Data from 119 countries suggest that on average, two in five health and care workers globally are fully vaccinated. But of course, that average masks huge differences," he said.

He added: "We call on all countries to ensure that all health and care workers in every country are prioritized for COVID-19 vaccines, alongside other at-risk groups."

Annette Kennedy, president of the International Council of Nurses, said the organization grieved for all health care workers who had lost their lives in the pandemic – "many needlessly; many we could have saved."

Kennedy warned: "They are now burnt out, they are devastated, they are physically and mentally exhausted. And there is a prediction that 10% of them will leave within a very short time."

The WHO wants each country to have vaccinated 40% of its population by the end of the year, but Tedros said 82 countries are at risk of missing that target, chiefly through insufficient supply.

In high-income countries, as categorized by the World Bank, 133 doses have been administered per 100 people. In the 29 lowest-income nations, the figure drops to five.

Former British prime minister Gordon Brown, now a WHO ambassador for global health financing, said the Oct. 30-31 Group of 20 summit in Rome would be a critical juncture in combating the pandemic.

If the world's richest countries cannot mobilize an immediate airlift of doses to the unvaccinated in poorer nations, "an epidemiological, economic and ethical dereliction of duty will shame us all," said Brown, who hosted the 2009 G-20 summit.

He said that by February, wealthy nations could have built up an unused stockpile of 1 billion vaccine doses, and denying them to the unvaccinated would be "one of the greatest international public policy failures imaginable."

"It's a moral catastrophe of historic proportions that will shock future generations," he said.

The novel coronavirus has killed at least 4.9 million people since the outbreak emerged in China in December 2019, according to a tally from official sources compiled by Agence France-Presse (AFP), while nearly 242 million cases have been registered.

Brown said that without reallocating the growing stockpile, the WHO's latest forecast was that there could be 200 million more COVID-19 cases, with 5 million lives hanging in the balance.