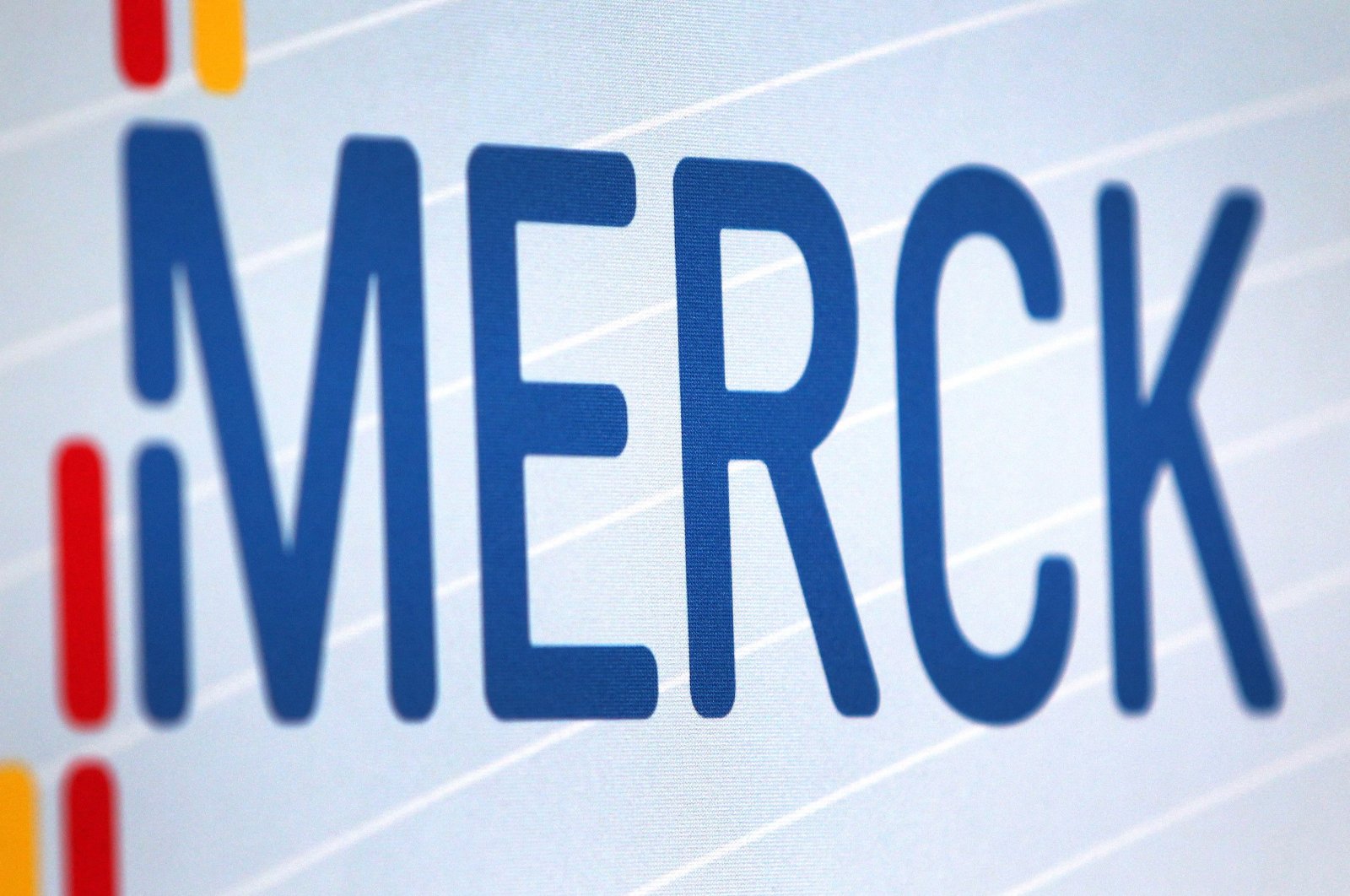 The logo of German pharmaceutical company Merck can be seen at the company headquarters in Darmstadt, Germany, March 3, 2015. (AFP Photo)
by Reuters Oct 17, 2021 6:31 pm
RECOMMENDED

At the start of the month, the American multinational pharmaceutical company Merck revealed that its experimental drug to treat COVID-19 was successful in reducing hospitalizations and deaths by half in people recently infected. Today, as the company takes small steps toward roll out, international health groups fear it may leave behind poorer and in need nations once again.

For example, only about 5% of Africa’s population is immunized, creating an urgent need for therapeutics that could keep people out of hospitals. That compares with more than a 70% inoculation rate in most wealthy nations.

Merck on Oct. 11 applied for U.S. emergency clearance of the first pill for COVID-19 after it cut hospitalizations and deaths by 50% in a large clinical trial. The medicine, made with Ridgeback Biotherapeutics, could gain authorization as soon as December.

The U.S. drugmaker has taken the unusual pandemic step of licensing several generics of its antiviral molnupiravir before its branded version was even authorized for marketing.

But international health officials said even that is not enough for the medicine to reach many in low- and middle-income countries in large enough numbers, while noting shortcomings and red tape among global organizations that could further slow distribution.

Merck this year plans to produce 10 million treatment courses of the pill, which is taken twice a day for five days, and another 20 million next year.

In addition, its licensing deals with eight Indian drugmakers will allow cheaper generic versions for 109 low- and middle-income countries including in Africa, a move international groups acknowledge is a positive concession.

But as wealthy nations secure molnupiravir supply deals – the United States has already locked up 1.7 million courses with an option for 3.5 million more by January of 2023 at about $700 per course – concerns grow over who might be left out.

Merck said it has worked on the technology transfer needed to start generic manufacturing, in contrast to vaccine makers who continue to resist calls to waive patents or allow for generic versions to boost supplies.

But a recent report prepared for the United Nations' Access to COVID-19 Tools Accelerator program tasked with buying COVID-19 therapeutics for poor countries cited concerns that U.N. agencies were not moving quickly enough to secure adequate volumes of potential new treatments ahead of time, including Merck's drug.

Medicines Patent Pool (MPP), a United Nations-backed public health organization, has 24 companies signed up and willing to make the drug if Merck agrees to expand the licenses.

"If you're not in the license, you're relying on Merck, and it looks to us that that could mean a potential supply shortfall as well as overpricing," said Peter Maybarduk of Public Citizen, who sits on the MPP governance board. He suggested that could lead to wealthy countries outbidding poor nations for the medicine.

It is unclear how many generic pills will be available or when. The licensed Indian manufacturers including Aurobindo Pharma, Cipla Ltd, Dr. Reddy’s Labs , Emcure Pharmaceuticals, Hetero Labs, Sun Pharmaceuticals, and Torrent Pharmaceuticals declined to provide details on production plans.

In addition, manufacturing for low-income countries in many nations also requires World Health Organization (WHO) approval, a regulatory process that typically takes months.

Merck said it is committed to providing timely access to its drug globally with plans for tiered pricing aligned with a country’s ability to pay. A spokesperson confirmed it is in discussions about expanding licenses for generic molnupiravir "to build sufficient global supply of quality-assured product to meet orders globally."

But middle-income countries will be hard pressed to negotiate against the richest nations, another MPP official said.

The governments of Australia, South Korea, Thailand, Taiwan, Singapore and Malaysia said they already had deals or were negotiating supply contracts with Merck. The EU is considering buying the pill after Merck applies for authorization in Europe.

The eight generic manufacturers chosen by Merck all have WHO pre-qualified facilities to allow them to supply buyers like the Global Fund, according to Paul Schaper, Merck's executive director of global public policy. They will set their pricing and decide how much they plan to manufacture.

"What we are anticipating and hoping for is that they will compete with each other on pricing,” Schaper said.