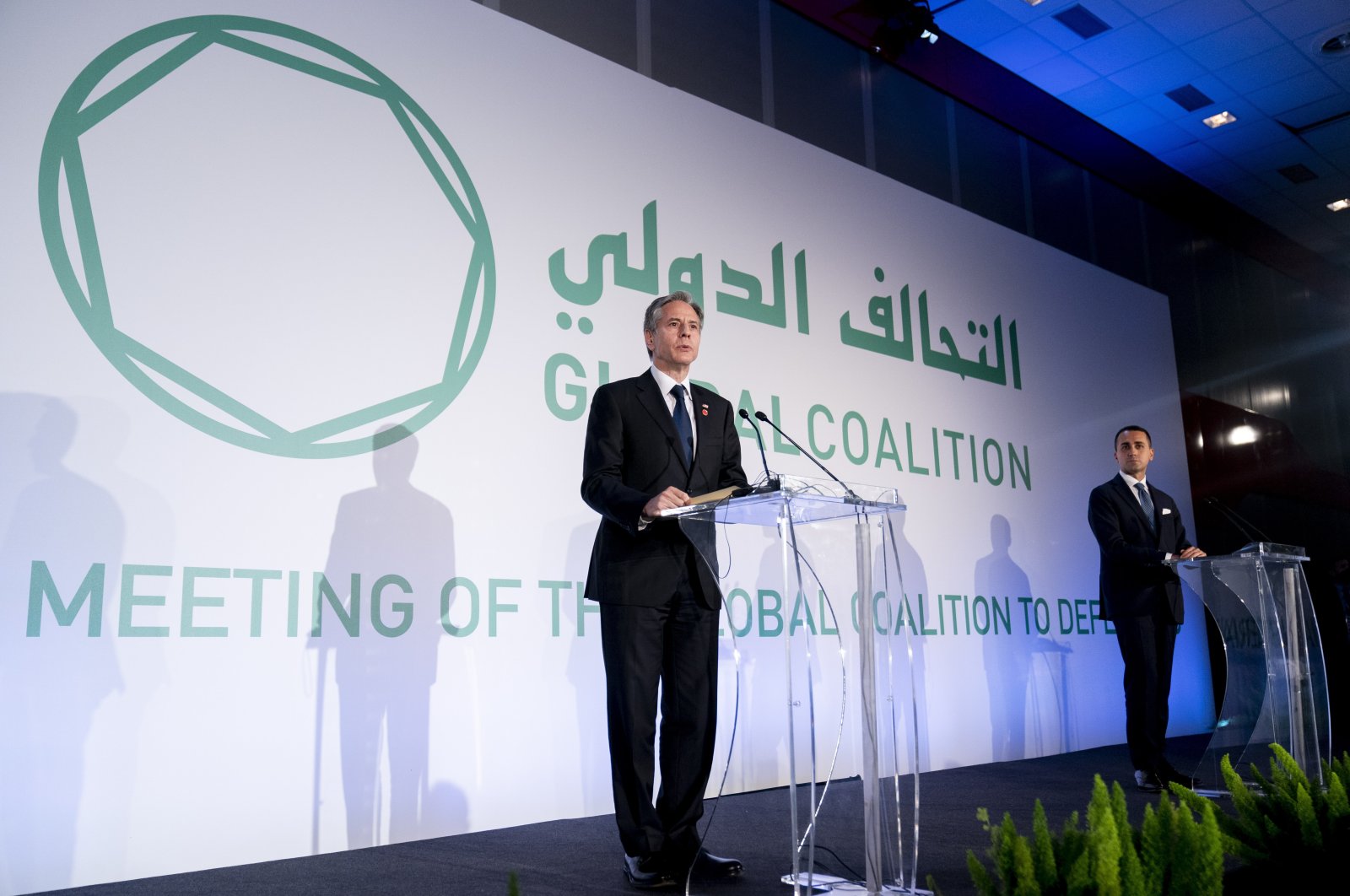 Members of the global coalition fighting Daesh met Monday in Rome to outline future steps against the terrorist group.

The meeting came just a day after the United States launched airstrikes against Iran-backed militias near the Iraq-Syria border.

U.S. Secretary of State Antony Blinken and Italian Foreign Minister Luigi Di Maio co-chaired the gathering of senior officials from the 7-year-old, 83-member bloc. Participants were taking stock of current efforts to ensure the complete defeat of Daesh, whose remnants still pose a threat in Iraq and Syria and have shown signs of surging in parts of Africa.

Amid significant other international priorities, including taming the coronavirus pandemic and stepping up the fight against climate change, the coalition is hoping to stabilize areas liberated from Daesh, repatriate and hold foreign fighters accountable for their actions and combat extremist messaging.

Blinken and Di Maio urged representatives of the 77 other countries and five organizations that make up the coalition not to drop their guard.

“We must step up the action taken by the coalition, increasing the areas in which we can operate,” said Di Maio.

Outside of Iraq and Syria, he said there was an “alarming” surge in Daesh activity, particularly in the Sahel, Mozambique and the Horn of Africa. He called for the coalition to create a special mechanism to deal with the threat in Africa.

Blinken noted that despite their defeat, Daesh elements in Iraq and Syria "still aspire to conduct large-scale attacks."

“Together, we must stay as committed to our stabilization goals as we did to our military campaign that resulted in victory on the battlefield,” he said.

Blinken announced a new U.S. contribution of $436 million to assist displaced people in Syria and surrounding countries and called for a new effort to repatriate – and rehabilitate or prosecute – some 10,000 Daesh fighters who remain imprisoned by YPG/PKK terrorists.

“This situation is simply untenable,” Blinken said. “It just can’t persist indefinitely.” However, no countries present made any new commitment to repatriating their citizens and it was unclear if the number of detainees could be reduced in any significant way in the near term.

Blinken also announced sanctions against Ousmane Illiassou Djibo, a native of Niger, who is a key leader of the Daesh affiliate in the greater Sahara. Djibo was designated a global terrorist, meaning that any of his U.S. assets are frozen and Americans are barred from any transactions with him.

In addition to the meeting on Daesh, foreign ministers of countries concerned about the broader conflict in Syria met in Rome ahead of a critical United Nations vote on whether to maintain a humanitarian aid corridor from Turkey. Russia has resisted reauthorizing the channel amid stalled peace talks between the Syrian regime and the opposition.

Two senior U.S. officials said Blinken told the Syria conference the U.S. believes the corridor must be reauthorized and expanded to prevent more deaths. The officials, who spoke on condition of anonymity because they were not authorized to publicly discuss the private diplomatic conversations, said Blinken made clear that any U.S.-Russia cooperation on Syria would be dependent on Moscow agreeing to the extension. Russia, however, was not present at the meeting.

Last week, the U.N. special envoy for Syria, Geir Pederson, said there were worrying signs that Daesh may be growing stronger in the country and called for a boost in cooperation to counter it. Pederson has also joined calls for new international talks on ending Syria's civil war.

Since the Syrian conflict erupted in March 2011, numerous high-level gatherings aimed at ending the fighting and guiding the country to a political transition have failed. The U.N., U.S., Russia and many other countries support a 2015 U.N. Security Council resolution endorsing a road map to peace in Syria that calls for a new constitution followed by U.N.-supervised elections.

Blinken, who also met with Italian Prime Minister Mario Draghi and President Sergio Mattarella Monday, hailed the state of U.S.-European relations, noting that Italy, France and Germany – the three countries he visited on his current European tour – are the only members of NATO, the Group of Seven and the European Union.

“We share a deep commitment to promoting democracy and human rights,” he said. “We see the same big challenges on the horizon. And we recognize that we can’t tackle them alone,” he added.

Blinken and Di Maio downplayed differences between the U.S. and Italy over China, saying there was an increasing awareness of the complexities and dangers of relations with Beijing.