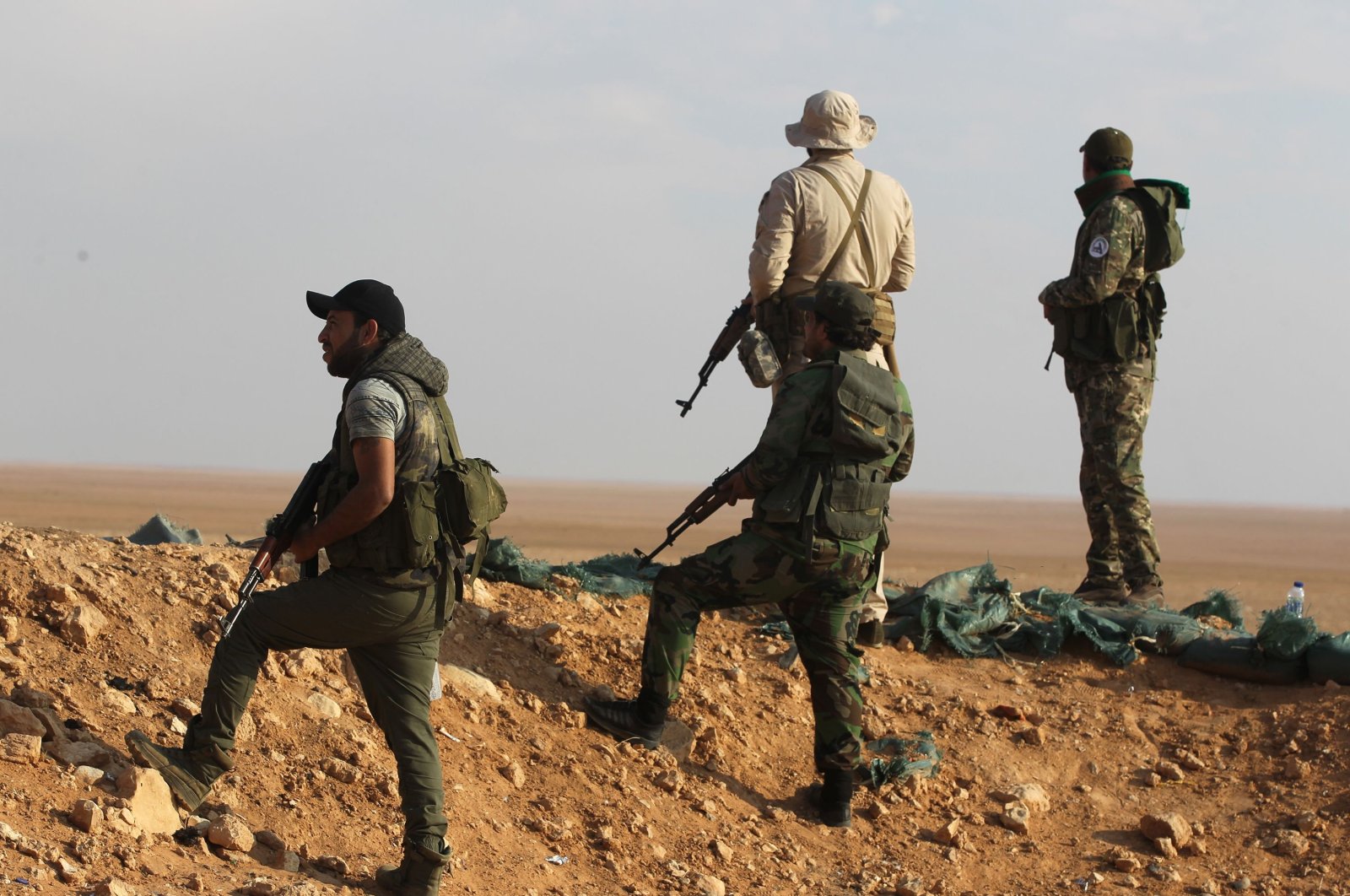 The United States conducted another round of air raids on Iranian-backed militias in Iraq and Syria in response to drone attacks on U.S. personnel and facilities in Iraq.

The strikes came under the direction of President Joe Biden, making it the second time he has ordered a retaliatory attack against Iranian-backed militias since taking office five months ago.

Pentagon Press Secretary John Kirby said the militias were using the facilities to launch unmanned aerial vehicle (UAV) attacks against U.S. troops in Iraq. Kirby said the U.S. military targeted three operational and weapons storage facilities Sunday – two in Syria and one in Iraq. He described the airstrikes as "defensive,” saying they were launched in response to the attacks by militias.

"The United States took necessary, appropriate and deliberate action designed to limit the risk of escalation – but also to send a clear and unambiguous deterrent message,” Kirby said.

The Pentagon said the facilities were used by Iran-backed militia factions, including Kata’ib Hezbollah and Kata’ib Sayyid al-Shuhada, two hardline Iraqi military factions with close ties to Tehran, it added.

Two Iraqi militia officials told The Associated Press (AP) in Baghdad that four militia members were killed in the airstrikes near the border with Syria. Both officials spoke on condition of anonymity because they were not authorized to give official statements. The Syrian Observatory for Human Rights, a Britain-based group that closely monitors the Syrian conflict through activists on the ground, reported that at least five Iraqi militia members were killed in the airstrikes.

Syria's state-run SANA news agency said one child had been killed, and that at least three other people were wounded, according to Agence France-Presse (AFP).

"These facilities are utilized by Iran-backed militias that are engaged in unmanned aerial vehicle attacks against U.S. personnel and facilities in Iraq," Kirby said.

"We took necessary, appropriate, deliberate action that is designed to limit the risk of escalation, but also to send a clear and unambiguous deterrent message," the U.S. Secretary of State Antony Blinken said on Monday. "This action in self-defence to do what's necessary to prevent further attacks sends a very important and strong message," he told reporters in Rome.

U.S. interests in Iraq have come under repeated attack in recent months, with the United States consistently blaming Iran-linked Iraqi factions for rocket and other attacks against Iraqi installations housing its personnel.

In February, U.S. strikes on facilities in east Syria used by Iran-backed militia groups left more than 20 fighters dead, according to the Syrian Observatory for Human Rights. The Pentagon said the strikes were retaliation for a rocket attack in Iraq that killed one civilian contractor and wounded a U.S. service member and other coalition troops.

At that time, Biden said Iran should view his decision to authorize U.S. airstrikes in Syria as a warning that it can expect consequences for its support of militia groups that threaten U.S. interests or personnel. "You can’t act with impunity. Be careful,” Biden said when a reporter asked what message he had intended to send.

On Sunday, Kirby said Biden "has been clear that he will act to protect U.S. personnel. Given the ongoing series of attacks by Iran-backed groups targeting U.S. interests in Iraq, the president directed further military action to disrupt and deter such attacks." The Pentagon spokesperson added: "As a matter of international law, the United States acted pursuant to its right of self-defense. The strikes were both necessary to address the threat and appropriately limited in scope.”

House Speaker Nancy Pelosi said in a statement Sunday that the U.S. airstrikes "appear to be a targeted and proportional response to a serious and specific threat,” adding, "Protecting the military heroes who defend our freedoms is a sacred priority."

Since the start of the year there have been more than 40 attacks against U.S. interests in Iraq, where 2,500 American troops are deployed as part of an international coalition to fight the terrorists Daesh group.

On a separate, diplomatic front, the U.S.-issued strikes come two days after the United States and France warned Iran that time was running out to return to a nuclear deal, expressing fear that Tehran's sensitive atomic activities could advance if talks drag on. A return to the 2015 Iran accord has been a key Biden promise after the nuclear deal was trashed by his predecessor Donald Trump.

"We have a national interest in trying to put the nuclear problem back in the box that it was in the JCPOA," U.S. Secretary of State Antony Blinken said, using the acronym for the accord's formal name. The U.N. nuclear watchdog said Friday it had received no reply from Tehran over the possible extension of a temporary agreement covering inspections at Iranian nuclear facilities which expired on Thursday.

In April, a drone packed with explosives hit the coalition's Iraq headquarters in the military section of the airport in Irbil, the Iraqi Kurdish regional capital. The tactic poses a headache for the coalition, as drones can evade air defenses.