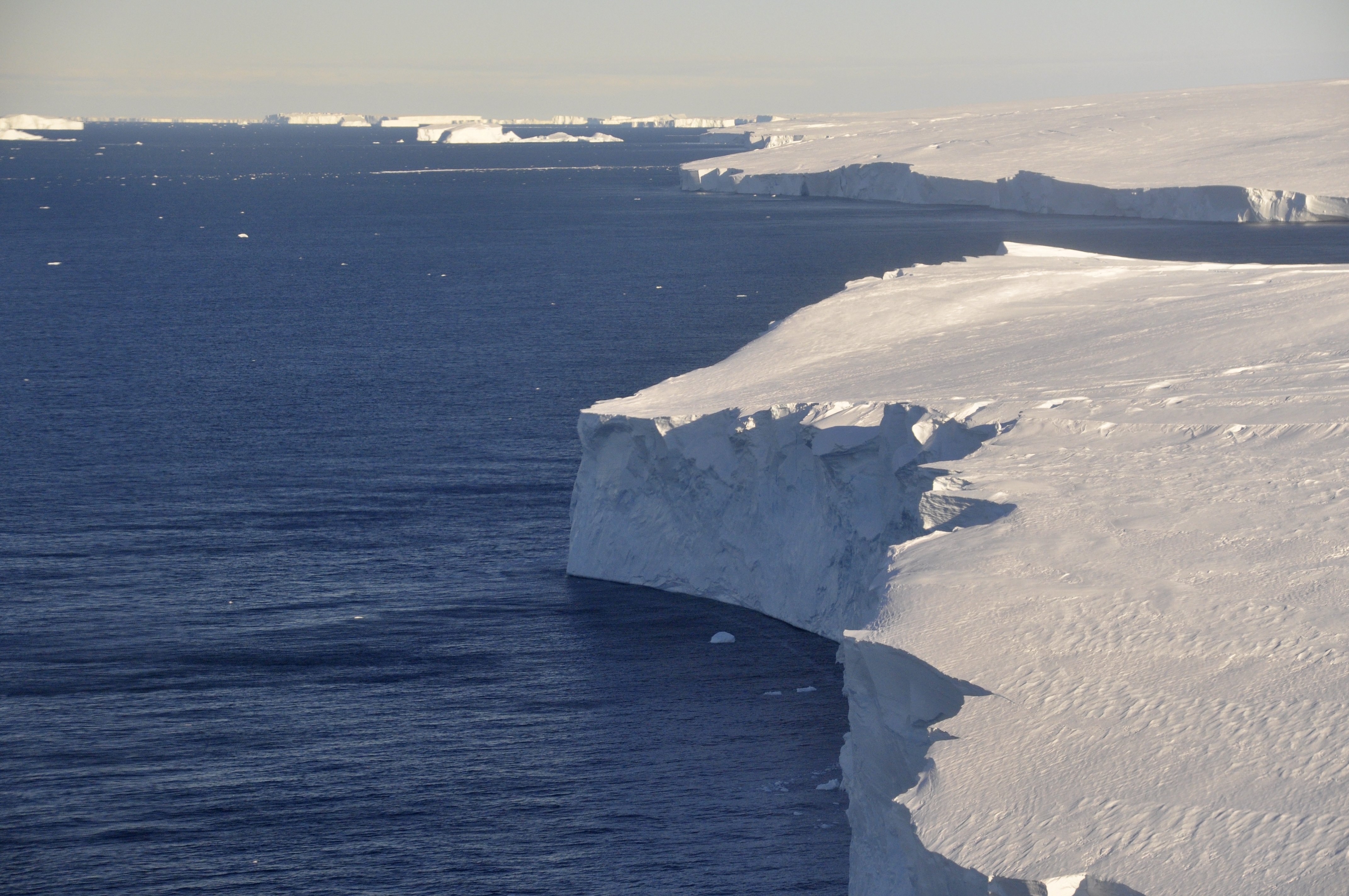 A team of scientists sailing to the massive but melting Thwaites glacier so they can figure out how much and how fast seas will rise because of global warming eating away Antarctica’s ice, Jan. 6, 2021. (AP Photo)
by ASSOCIATED PRESS Jan 13, 2022 9:40 pm
RECOMMENDED

According to the newly released temperature measurements, Earth simmered to the sixth hottest year on record in 2021.

And scientists say the exceptionally hot year is part of a long-term warming trend that shows hints of accelerating.

Two United States science agencies — NASA and the National Oceanic and Atmospheric Administration (NOAA) — and a private measuring group released their calculations for last year's global temperature on Thursday, and all said it wasn’t far behind ultra-hot 2016 and 2020.

Six different calculations found 2021 was between the fifth and seventh hottest year since the late 1800s. NASA said 2021 tied with 2018 for sixth warmest, while NOAA puts last year in sixth place by itself.

Scientists say a La Nina — natural cooling of parts of the central Pacific that changes weather patterns globally and brings chilly deep ocean water to the surface — dampened global temperatures just as its flip side, El Nino, boosted them in 2016.

Still, they said 2021 was the hottest La Nina year on record and that the year did not represent a cooling off of human-caused climate change but provided more of the same heat.

"So it’s not quite as headline-dominating as being the warmest on record, but give it another few years and we’ll see another one of those" records, said climate scientist Zeke Hausfather of the Berkeley Earth monitoring group that also ranked 2021 the sixth hottest. "It’s the long-term trend, and it’s an indomitable march upward."

Gavin Schmidt, the climate scientist who heads NASA’s temperature team, said “the long-term trend is very, very clear. And it’s because of us. And it’s not going to go away until we stop increasing the amount of carbon dioxide in the atmosphere.”

The last eight years have been the eight hottest on record, NASA and NOAA data agree. Global temperatures, averaged over a 10-year period to take out natural variability, are nearly 2 degrees Fahrenheit (1.1 degrees Celsius) warmer than 140 years ago, their data shows.

The other 2021 measurements came from the Japanese Meteorological Agency and satellite measurements by Copernicus Climate Change Service i n Europe and the University of Alabama in Huntsville.

There was such a distinctive jump in temperatures about eight to 10 years ago that scientists have started looking at whether the rise in temperatures is speeding up. Both Schmidt and Hausfather said early signs point to that but it's hard to know for sure.

"If you just look at the last the last 10 years, how many of them are way above the trend line from the previous 10 years? Almost all of them," Schmidt said in an interview.

There’s a 99% chance that 2022 will be among the 10 warmest years on record and a 10% chance it will be the hottest on record, said NOAA climate analysis chief Russell Vose in a Thursday press conference.

Vose said chances are 50-50 that at least one year in the 2020s will hit 1.5 degrees Celsius (2.7 degrees Fahrenheit) warming since pre-industrial times — the level of warming nations agreed to try to avoid in the 2015 Paris climate accord.

While that threshold is important, extreme weather from climate change is hurting people now in their daily lives with about 1.2 degrees Celsius (2.2 degrees Fahrenheit) warming, Vose and Schmidt said.

The global average temperature last year was 58.5 degrees Fahrenheit (14.7 Celsius), according to NOAA. In 1988, NASA’s then-chief climate scientist James Hansen grabbed headlines when he testified to Congress about global warming in a year that was the hottest on record at the time. Now, the 57.7 degrees (14.3 Celsius) of 1988 ranks as the 28th hottest year on record.

Last year, 1.8 billion people in 25 Asian, African and Middle Eastern nations had their hottest years on record, including China, Nigeria, Bangladesh, Iran, Myanmar and South Korea, according to Berkeley Earth.

The deep ocean, where most heat is stored in the seas, also set a record for warmth in 2021, according to a separate new study.

The last time Earth had a cooler than normal year by NOAA or NASA calculations was 1976. That means 69% of the people on the planet — more than 5 billion people are under the age of 45 — have never experienced such a year, based on the U.N. data.

North Carolina state climatologist Kathie Dello, 39, who wasn’t part of the new reports but said they make sense, said, "I’ve only lived in a warming world and I wish that the younger generations did not have to say the same. It didn’t have to be this way."