Global warming or heating: What is behind climate change 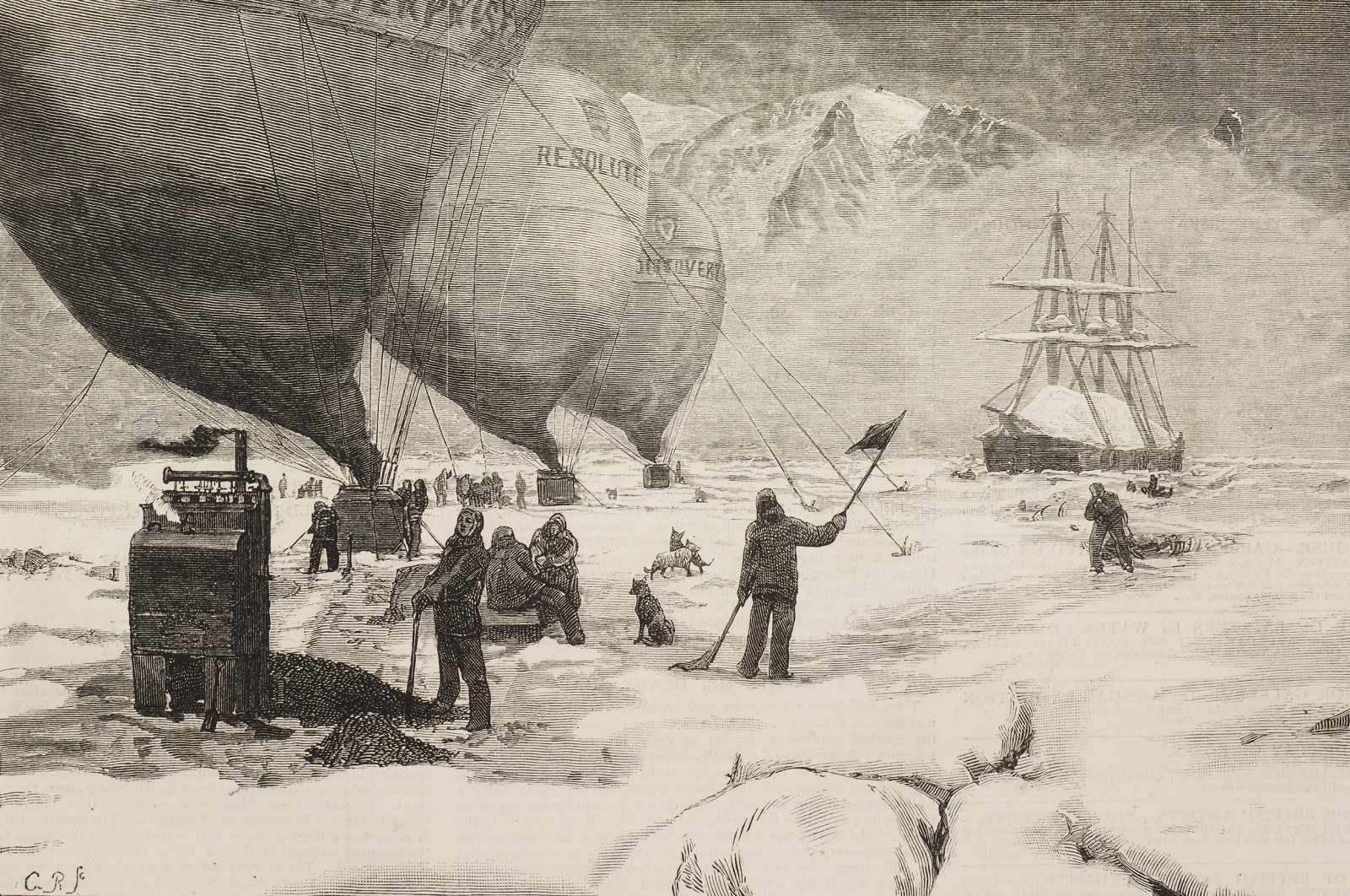 Climate change and the melting of glaciers has always been a current issue in every field, including adventure novels like Jules Verne's “The Purchase of the North Pole." (Getty Images)
by Mehmet Hasan Bulut Sep 17, 2021 1:50 pm

From sci-fi fiction to NASA research, climate change has always been a subject of debate in every field. Is this is a simple shift in weather patterns due to human-driven global warming or produced with tricks?

Following the wildfires all over the world, climate change and the melting of glaciers have once more become current issues on the global agenda. However, what is surprising is that some who raised hell while warning about global cooling a while back have been complaining about global warming recently. Well, let’s look at what is behind this dichotomy.

Travel to the Poles

We have known French writer Jules Verne since our childhoods, with stories such as “Around the World in Eighty Days,” “Five Weeks in a Balloon,” “Twenty Thousand Leagues Under the Sea” and “Journey to the Center of the Earth.” Verne was curious to explore the world, to learn about the secrets under the earth and other esoteric subjects.

The adventure novel “The Purchase of the North Pole” was among his lesser-known works. In the first two books of this sequel, “From the Earth to the Moon” and “Around the Moon,” the Baltimore Gun Club – a post-American Civil War society of weapons enthusiasts – travels to the moon. In this last sequel, they want to melt the poles by changing the Earth's axis. Although their main purpose is to stabilize the Earth's climate, they also have another goal: to seize the coal mines under these lands after ice melts.

Unfortunately, changing the climate by the hand of humans is not a whim that remains only in science fiction stories. The National Aeronautics and Space Administration, or NASA, whose adventures of traveling to the Moon and Mars are streamed on the screens, has a report titled "A Recommended National Program In Weather Modification" from November 1966. In this report, it is recommended that the climate should be changed for various purposes, especially agriculture. Besides, it must be a strange coincidence that the founding of NASA (1958) and the signing of the Antarctic Treaty (1959), which paved the way for free scientific investigation in the continent, were almost at the same time.

In fact, it was William Thomson, 1st Baron Kelvin, who first came up with the idea of melting the poles. The kelvin unit of temperature was named after this engineer, physicist. One of the friends of the baron, who was a member of The Royal Society, was Thomas Henry Huxley – known as Darwin's Bulldog. Huxley, after whom NASA named a crater on the Moon, had a grandson named Julian, who was the first director of UNESCO. His brother Aldous was the famous author of the dystopia “Brave New World,” which we live and experience today. Huxley proposed the idea of melting the poles with atomic bombs to obtain new water sources, during the period in which atomic weapons were first used in war, on Hiroshima and Nagasaki during World War II.

Human interference in the climate was also a popular topic during the Cold War between Russia and the United States. Both sides were looking for ways to harm their opponent by changing the climate. Apart from that, the Soviet Union was considering building a dam in the Bering Strait between Russia and America (Alaska) in the 1950s. This would change the direction of the ocean currents, which would cause the melting of the glaciers. In this way, new land and resources would be obtained. Russia still needs the melting of glaciers in order to export oil over the Arctic sea.

The most popular name working on climate change on the U.S. side during the Cold War was meteorologist Harry Wexler. Wexler recommended thermonuclear explosions to melt the poles. As a result of these explosions, the temperature on Earth would increase by approximately 1.3 degrees.

Wexler was also involved in a project on atomic radiation funded by the Rockefeller Foundation in 1955. This involvement is not surprising because the American Rockefeller family, which even has a plateau bearing their name in Antarctica, had a special interest in this continent. The foundation's report "Oil and Other Minerals in the Antarctic," dated March 5-8, 1979, also shows the reason for the institution’s interest in Antarctica.

The High-frequency Active Auroral Research Program (HAARP) of the U.S. Air Force, which started in 1990, did not forget Antarctica either. In the program, research was carried out in airspace by sending electromagnetic waves to the ionosphere.

A heat wave was also pumped into Ukraine's Antarctic station within the program. Choosing Antarctica to send the heat wave seems like an interesting choice.

In fact, Jules Verne's curiosity about the underground was not in vain. The elite class itself, which offers a narrow and materialistic world view and education to the common people, shows a great interest in what the common see as superstition. Some of the people of this class claim that there is a kingdom called Agartha or Shambhala in the Earth’s core. They believe that this underground kingdom is also entered through the poles.

Moreover, scientists such as the Jesuit scholar and polymath Athanasius Kircher, after whom NASA named a crater on the Moon, believed in Agartha. American Admiral Richard E. Byrd, who went to the South Pole with the finance of the Rockefellers, said that there were unexplored lands larger than America here and wrote in his diary that he met the representative of Agartha at the pole.

A large number of studies are carried out in Antarctica by scientists affiliated with NASA. For example, NASA, which we found in the poles while searching in the sky, carries out researches under the ice in Antarctica with the devices it has developed, claiming that it will be used in new planets to be discovered.

Scientists working here say that the world's water resources are decreasing, and this research is done to obtain new resources. Whether the purpose of these efforts is to reach Agartha or to find new resources, it seems that the melting of the poles is actually a disaster that some people want.