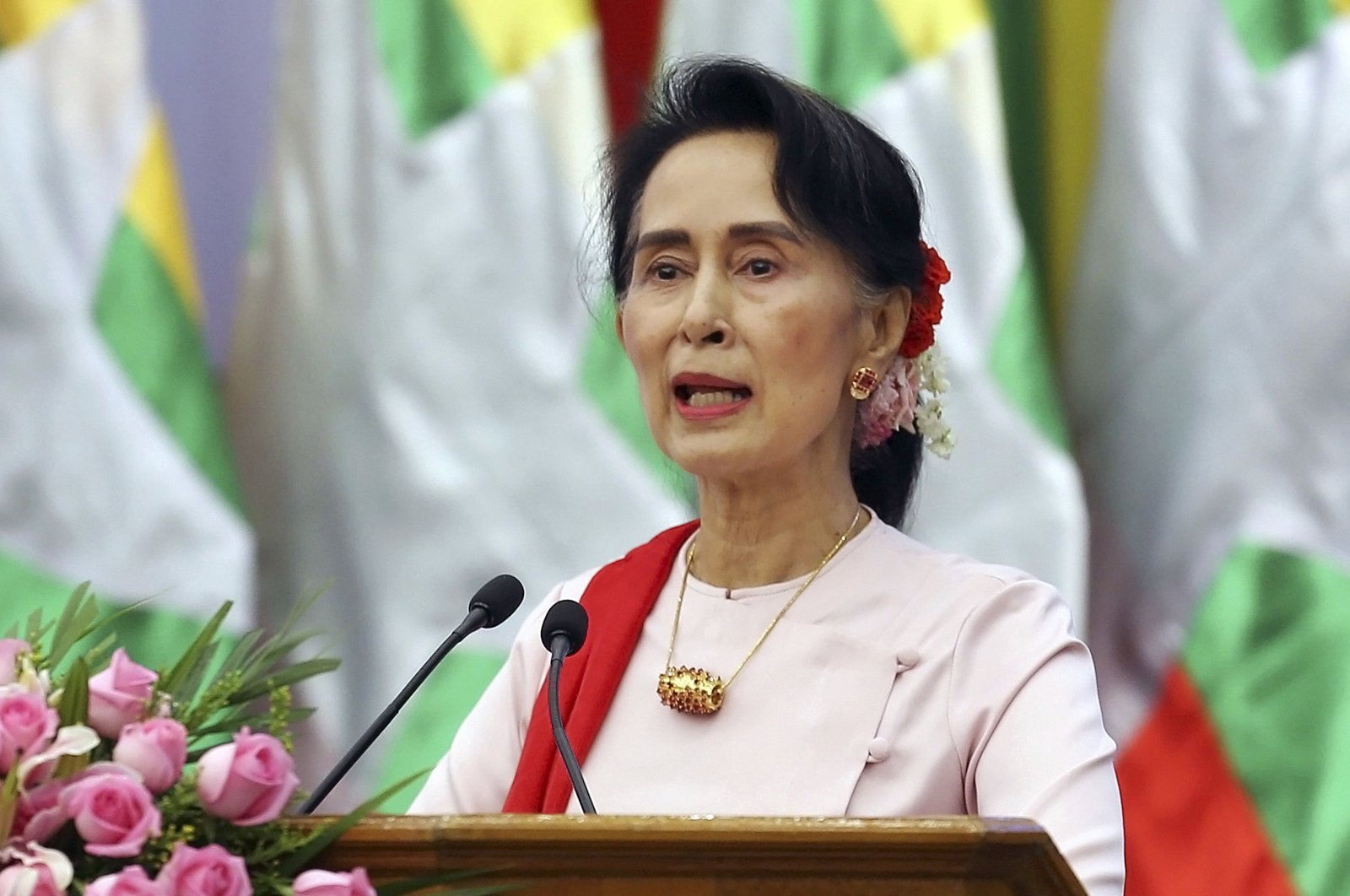 Nobel peace prize winner and Myanmar's leader Aung San Suu Kyi will no longer be invited to events of the European Parliament’s human rights prize, which she won in 1990, EU lawmakers said on Thursday, a protest over accusations of genocide in her country.

Suu Kyi, a former political prisoner of Myanmar’s then ruling military junta in the 1990s who now rules as state counselor, was awarded the parliament’s Sakharov Prize in 1990. As part of that honor, she is also invited to gatherings of prize laureates, EU lawmakers and rights organizations to campaign on rights issues internationally.

"This decision sanctions her lack of actions and her acceptance of the ongoing crimes against the Rohingya community in Myanmar," European Parliament spokesperson Jaume Duch said on Twitter.

With this suspension, she is formally excluded from all activities of the Community of Sakharov Prize laureates, which connects parliamentarians with awardees and civil society.

The parliament awarded her the prize in 1990 for her fight for democracy in Myanmar, but she could only collect it in 2013 after being released from house arrest. The prize is awarded annually to people for their defense of human rights.

The 75-year-old has been heavily criticized for her inaction in response to what U.N. investigators said were killings with genocidal intent of the Rohingya by Myanmar's military.

Suu Kyi previously lost other human rights awards, such as the Amnesty International's Ambassador of Conscience Award, but retains her Nobel peace prize.

The EU parliament said she was not stripped of the prize or asked to return the 50,000 euro ($59,000) prize money because the award was for her pro-democracy role in opposition at the time when she was repeatedly imprisoned and placed under house arrest until her release in 2010.

"Today's decision is a clear response to her lack of action, her aiding and enabling of the persecution of the Rohingya in Myanmar and her denial of responsibility of her country's government for the ongoing crimes against this community," she said.

"She has ignored the European Parliament requests and has not lived up to the values for which the Sakharov Prize stands," Hautala said.