1 dead after vehicle drives into crowd in Berlin 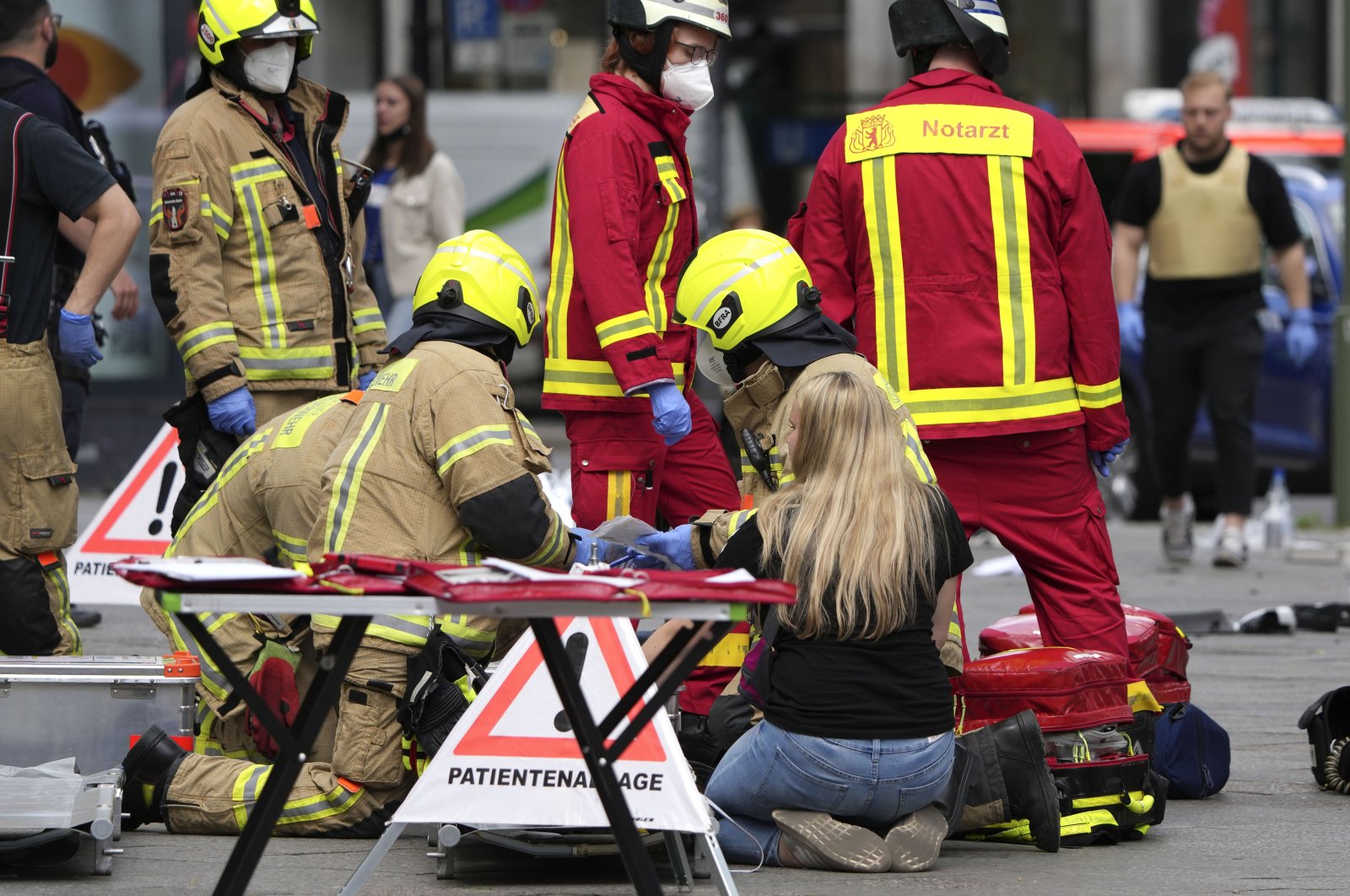 A vehicle drove into a crowd of people in a popular Berlin shopping district on Wednesday, killing at least one person and leaving five with life-threatening injuries, a fire service spokesperson said.

More than a dozen people were injured, a police spokesperson at the scene in western Berlin said, next to the war-ravaged Kaiser Wilhelm Memorial Church, one of the German capital's best-known landmarks.

"A man is believed to have driven into a group of people. It is not yet known whether it was an accident or a deliberate act," police said, adding that bystanders had detained him at the scene before handing him over to authorities.

"We are currently on the scene with about 130 emergency personnel," the police added. "The vehicle, a small car, was secured on site."

The driver was apparently detained by passersby before being arrested swiftly by a police officer who was near the scene, police spokesperson Thilo Cablitz said.

Police later tweeted that the driver was a 29-year-old German-Armenian who lives in Berlin. They did not give further details, and it was not immediately clear what if anything he had told them in questioning.

Investigators were looking into whether the incident was a deliberate attack or possibly an accident with a medical cause, another police spokesperson said. Police were investigating all possibilities, the spokesperson said, adding that the driver had received some medical treatment.

The incident took place near the scene of a fatal attack on Dec. 19, 2016, when Anis Amri, a failed Tunisian asylum-seeker with militant links, hijacked a truck, killed the driver and then plowed it into a crowded western Berlin Christmas market, killing 11 more people and injuring dozens of others.