1 Parisian infected with coronavirus every 30 seconds 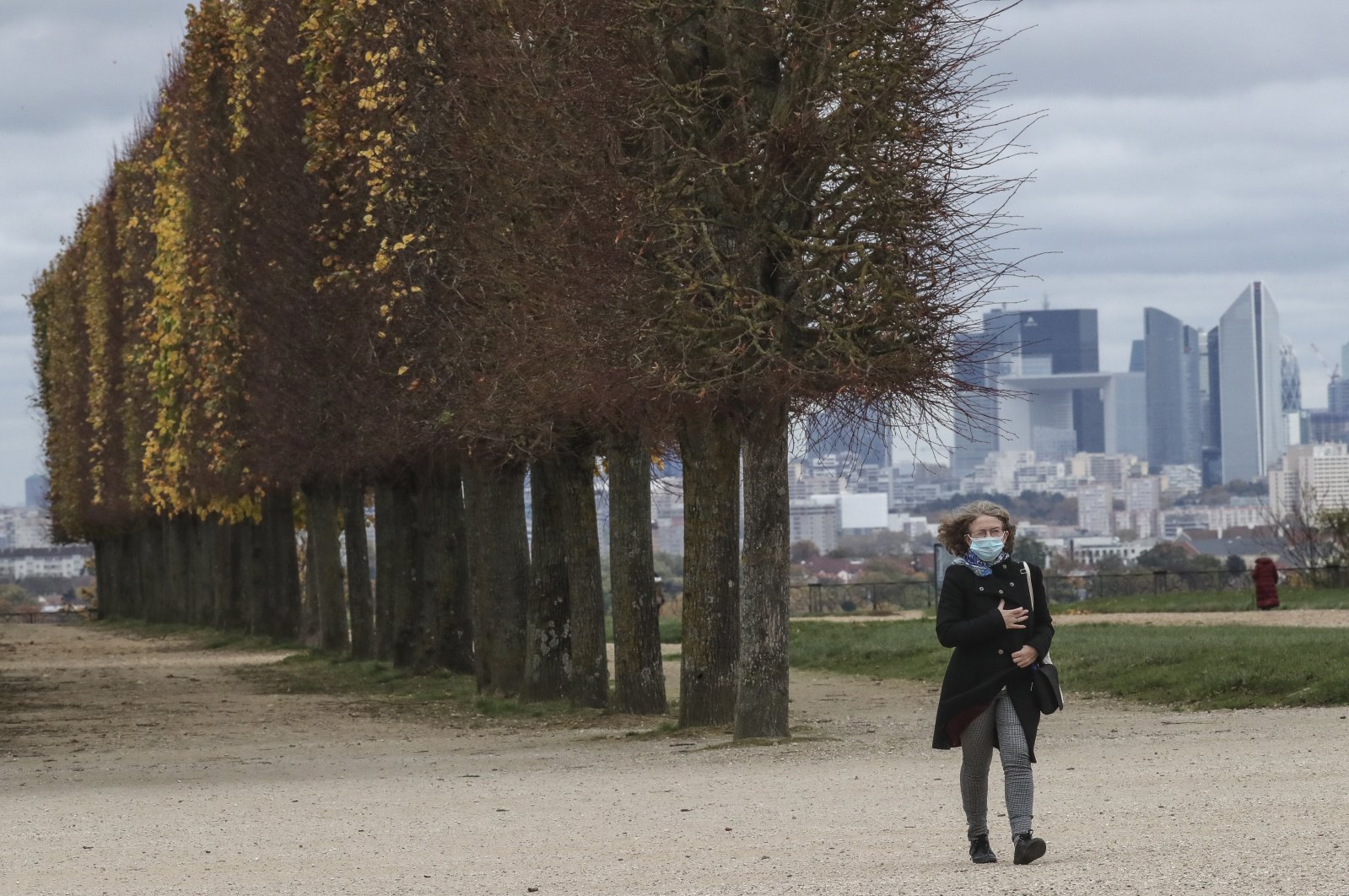 A woman wearing a mask as a precaution against the coronavirus walks through the garden of Saint-Germain-en-Laye, west of Paris, Nov. 2, 2020. (AP Photo)
by Agencies Nov 03, 2020 10:28 am
RECOMMENDED

One Parisian is infected with COVID-19 every 30 seconds, while every 15 minutes there is a Parisian arriving in hospital, the French health minister said, warning over the dire situation in the country as Europe deals with a record number of daily infections and hospitals buckle under the strain of new admissions.

Olivier Veran made the comments to RTL Radio in response to demands by Paris Mayor Anne Hidalgo to open up small bookshops and other smaller stores to try to keep commerce and social activity ticking despite a new lockdown in France.

Veran said any such move was too risky given the high COVID-19 infection rates in the French capital. "She cannot ignore the fact that every 15 minutes, in the hospitals of Paris, there is someone ill who has been hospitalized with COVID. She cannot ignore the fact that every 30 seconds, there is a Parisian who has been contaminated," said Veran. "We want to save the Parisians and the French people and we do that with determination and consistency," he added.

France reported 410 virus-related deaths in hospital in a single day Monday, the highest one-day rise since April. The country is reporting tens of thousands of new infections per day, and COVID-19 patients now occupy 73% of the country's intensive care beds, a rapidly rising proportion that prompted the government to impose the new lockdown.

Nations are scrambling to get ahead of the virus that has rampaged across the globe, causing more than 1.2 million deaths – more than 270,000 of them in Europe, according to a tally by Johns Hopkins University.

New coronavirus restrictions took effect Tuesday in Austria and Greece, while Germany and the U.K. announced plans to expand testing for the virus as European nations battled rapidly increasing infections and hospitalizations that strained their health care systems.

The moves followed a partial shutdown that Germany began Monday and tighter rules in Italy, Kosovo and Croatia. Residents in England are also expected to face a near-total lockdown beginning Thursday, with an exception to keep schools and universities open.

In Britain, the government plans to try out a new COVID-19 testing program in Liverpool, offering regular testing to anyone living and working in the city of 500,000 in an effort to slow the spread of the virus. "These more advanced tests will help identify infectious individuals who are not displaying symptoms ... so they can self-isolate and prevent the virus from spreading," the Department of Health said.

The trial in Liverpool, which has one of the highest infection rates in England with more than 410 cases per 100,000 people, is seen as a test of how Britain might roll out mass testing across the country.