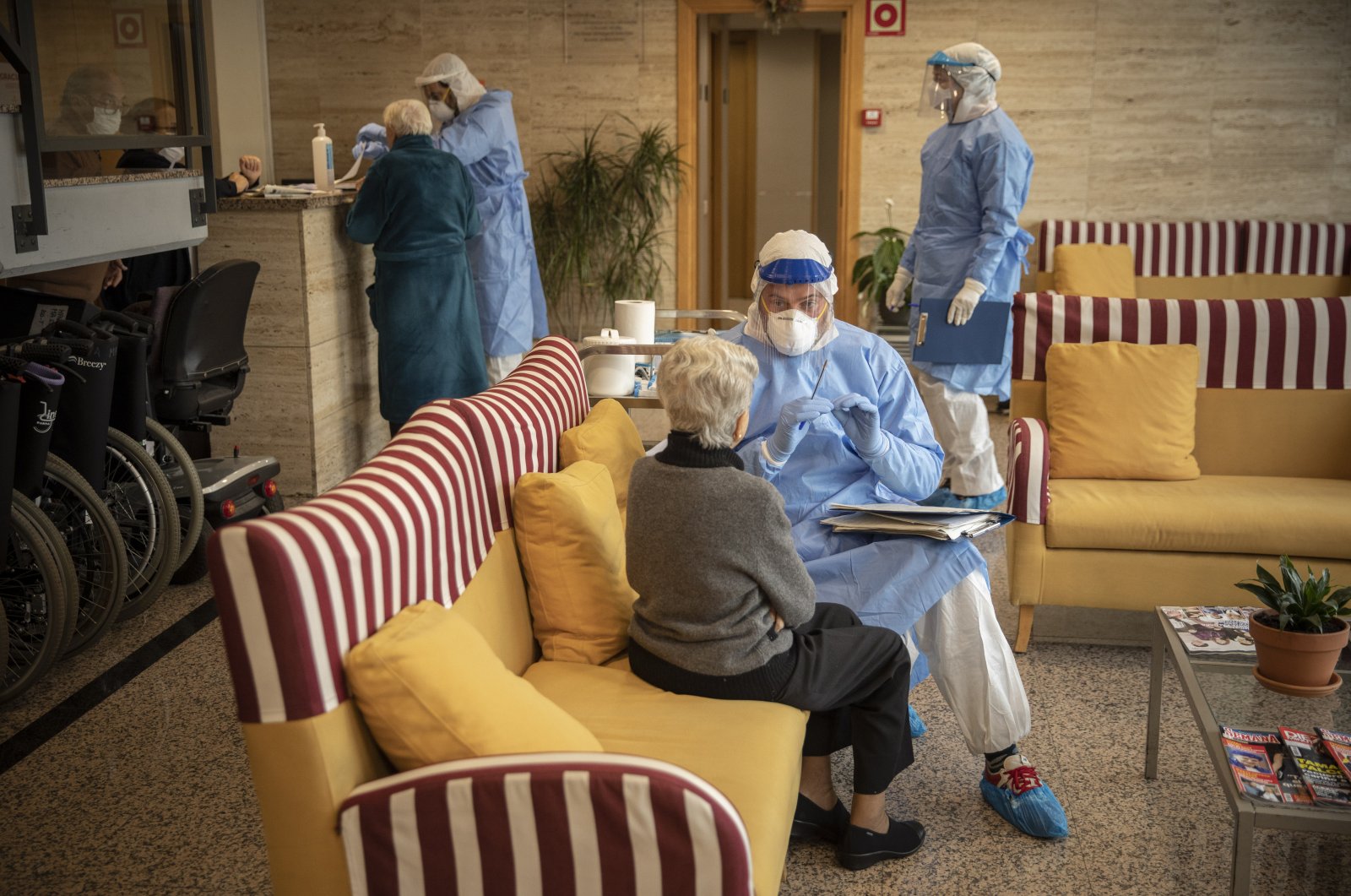 In this photo taken Wednesday, April 1, 2020, an aid worker from the Spanish NGO Open Arms talks to an elderly woman before a test at a nursing home in Barcelona, Spain. (AP Photo)
by Compiled from Wire Services Apr 05, 2020 7:08 pm
RECOMMENDED

A woman in northern Italy who is due to turn 104 in August has successfully fought off COVID-19, the disease caused by the novel coronavirus, according to the Italian daily La Repubblica.

Ada Zanusso fell ill in early March in the Residenza Maria Grazia, a nursing home in the northwestern province of Biella, about 100 kilometers west of Milan.

In the same nursing home, 21 other residents succumbed to COVID-19, La Repubblica said.

"Someone up there forgot about me," the paper quotes Zanusso as saying.

According to her son Giampiero, who keeps in touch via video calls, "she still reads without glasses, she's curious, she always wants to know what we are doing."

Italy has the world's highest coronavirus death toll at more than 15,000. However, the country cheered after seeing the number of intensive care virus cases drop for the first time on Saturday.

Even some of the most cautious Italian health officials seized on the figures as evidence that the tide may be turning in the deadliest disaster the country has faced since World War II.

Worldwide, more than 1.2 million people have been confirmed infected with COVID-19 and almost 65,000 have died, according to Johns Hopkins University. The true numbers are certainly much higher, due to limited testing, different ways nations count the dead and deliberate under-reporting by some governments.

Almost 250,000 people have recovered from the virus, which is spread by microscopic droplets from coughs or sneezes. The virus causes mild to moderate symptoms in most but for some, especially older adults and the infirm, it can cause pneumonia and lead to death. The World Health Organization says 95% of the known coronavirus deaths in Europe have been in people over 60.