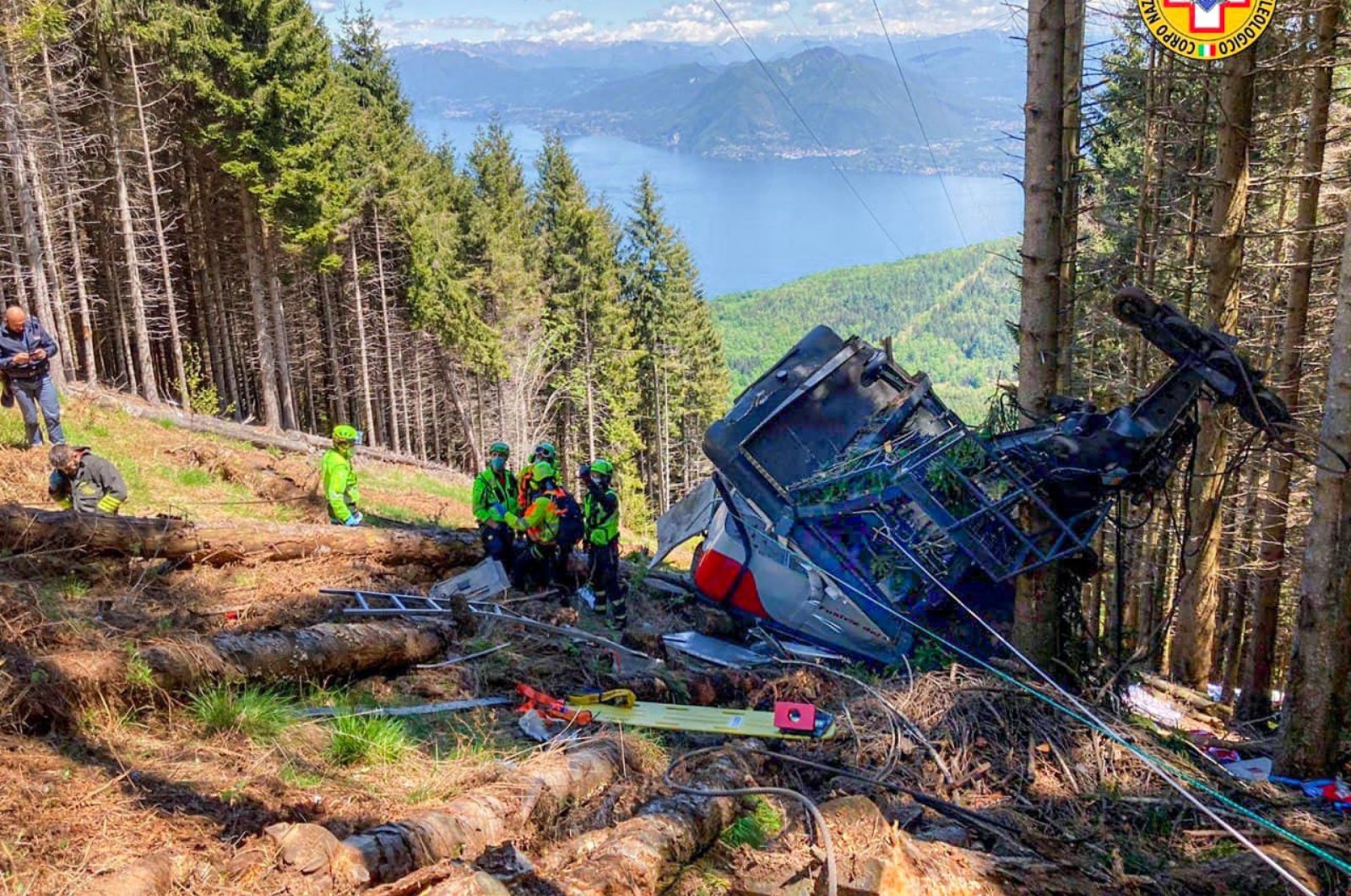 A handout photo made available by the press office of the Corpo Nazionale Soccorso Alpino Speleologico (CNSAS), Italy's national mountain rescue service, shows the scene of a cable car accident near Lake Maggiore, in Verbania, northern Italy, May 23, 2021. (EPA Photo)
by Agencies May 23, 2021 4:04 pm

At least 13 people have died after a cable car connecting Italy's Lake Maggiore with a nearby mountain plunged to the ground on Sunday, emergency services said Sunday.

Initially, they reported eight dead while two more were said to be seriously injured.

The Stresa-Mottarone cable car takes tourists and locals from the famous town of Stresa, on Lake Maggiore, up almost 1,400 meters (4,593 feet) above sea level to the top of the Mottarone mountain in 20 minutes.

"The provisional toll is eight dead and two injured" who were rushed to a pediatric hospital in the city of Turin, emergency services spokesperson Walter Milan previously told Agence France-Presse (AFP).

"It is a very serious accident," he said. The rescue call arrived just after midday that the cable car had fallen from very high up and was now sitting "crumpled" in the woods below, Milan added.

Images from the fire service show debris from the cabin in a wooded area where a steep slope makes access difficult.

The accident, which occurred around 300 meters from the summit, may have been caused by a broken cable at the top of the system, the Ansa news agency said.