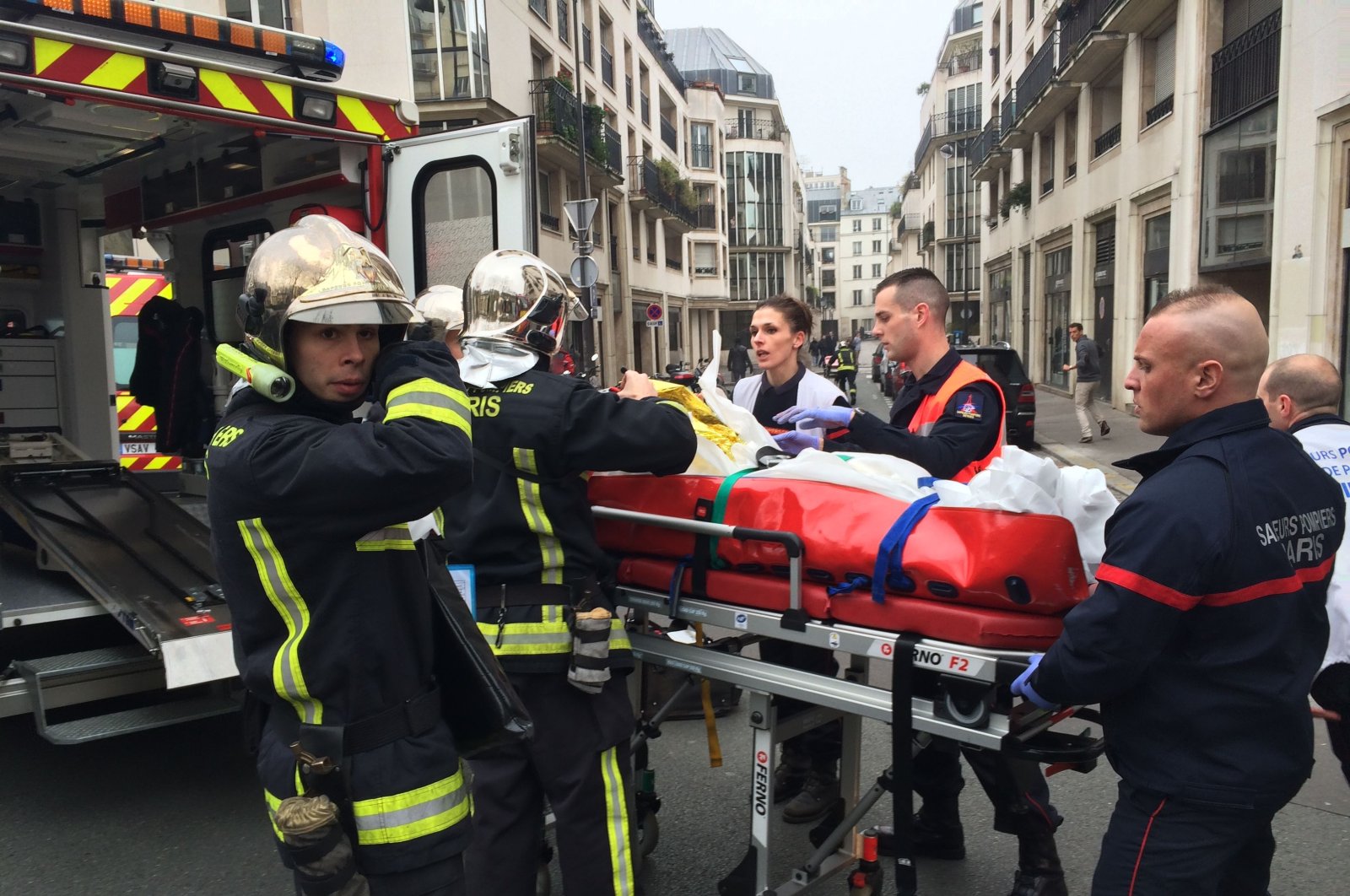 Firefighters carrying an injured man on a stretcher in front of the offices of the French satirical newspaper Charlie Hebdo in Paris, France on Jan. 7, 2015. (AFP Photo)
by French Press Agency - AFP Dec 16, 2020 8:40 pm
RECOMMENDED

Fourteen people accused of helping organize a terrorist attack on the offices of the French satirical magazine Charlie Hebdo and a kosher supermarket in January 2015 were found guilty by a court on Wednesday, according to French media.

However, the court rejected some terrorism-related charges sought by prosecutors against several of the defendants.

Prosecutors have demanded prison time of between five years and life for the attackers, three of whom are being tried in absentia.

The court has yet to announce the sentences of the convicted.

One of the main defendants was Ali Rıza Polat, who played a central role in preparing the attacks.

He was found guilty of aiding and abetting crimes with a terrorist motive, among other charges, French media reported. He faces a possible life sentence if convicted.

The court has considered not only the attack on Charlie Hebdo, but also the attack which followed on a kosher supermarket in the south of Paris.

The three gunmen who carried out the attacks on Charlie Hebdo magazine, on police and on a kosher supermarket, in which a total of 17 people died, were all killed by police at the time.

Those on trial were accused of providing them with logistical aid or weapons. Three of the accused are thought to have traveled to territory held by the Daesh terrorist group in Syria shortly before the attacks and are being tried in absentia.

The attacks were the first in a series of major extremist atrocities that cost more than 230 lives in France in 2015 and 2016.