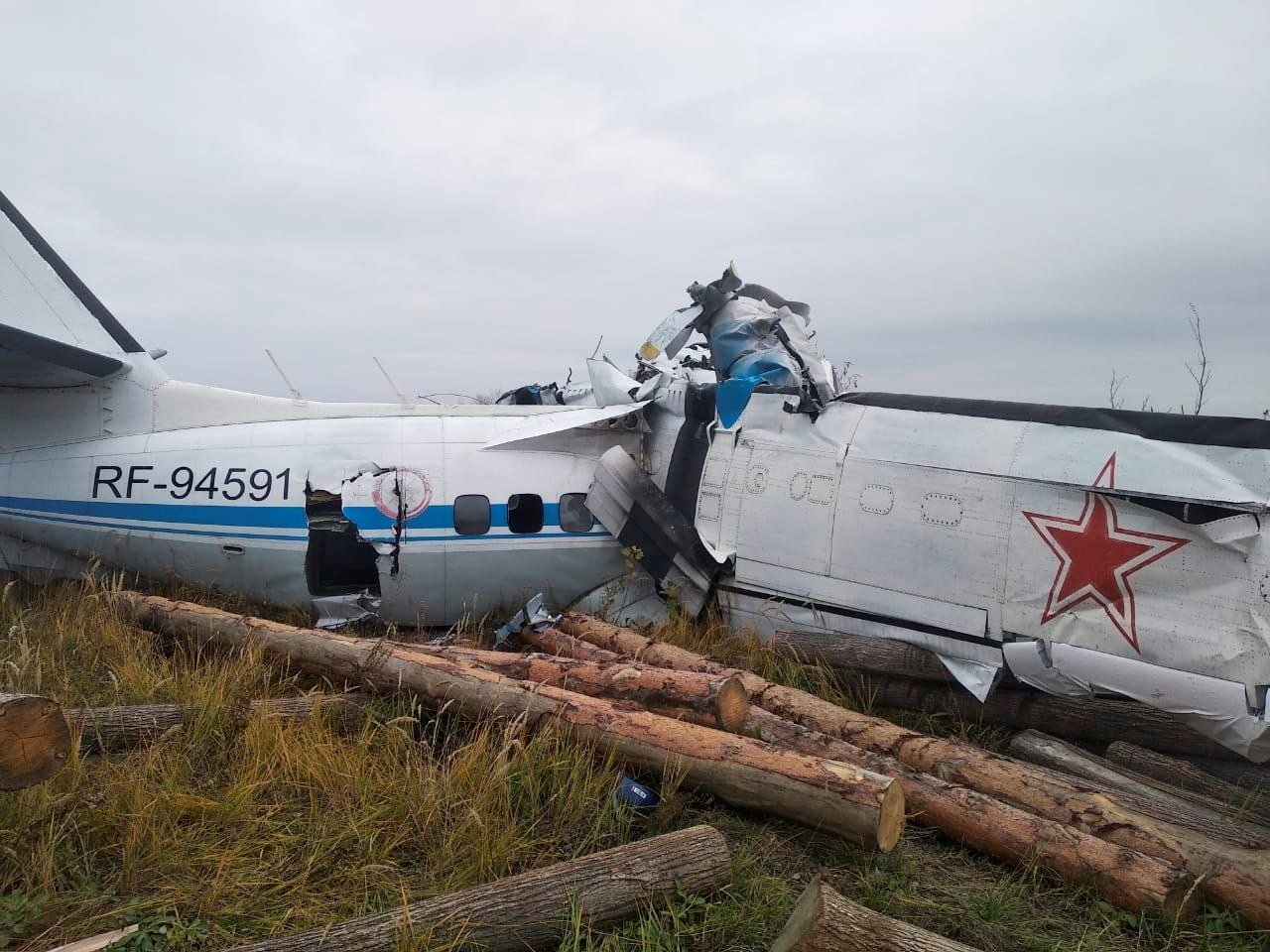 An L-410 plane crashed near the town of Menzelinsk in Russia's republic of Tatarstan on Sunday, killing 16 parachutists and injuring six, the RIA news agency cited the emergency services as saying.

The plane had been carrying a group of parachute jumpers, the Emergencies Ministry said, according to the TASS news agency.

The L-410 crashed around 9:23 a.m. local time (6:23 a.m. GMT) during a flight over the republic of Tatarstan, the ministry said on its Telegram channel, adding that six have been rescued from the debris.

"Six people were rescued, 16 were taken out without signs of life," the ministry said.

The ministry had earlier said that 15 people died and that the aircraft was carrying 23 people.

Images published by the ministry showed the aircraft broken in half with a severely dented nose. The six survivors were being hospitalized, the local health ministry told the Interfax news agency.

Tatarstan President Rustam Minnikhanov offered his condolences to the victims' families and ordered a day of mourning today. He said the pilots had reported shortly after takeoff that an engine had failed and that they were going to try and make an emergency landing.

According to Interfax, the plane belonged to the Voluntary Society for Assistance to the Army, Aviation and Navy of Russia (DOSAAF), which describes itself as a sports and defense organization. The head of the organization's regional branch said the parachuting club that organized the flight was not to blame.

"We are the best, we are among the top five clubs," Ravil Nurmekhametov told TASS, adding that the club had hosted European and World championships. "Cosmonauts train here," he said.

The plane was a Let L-410 Turbolet, which is a twin-engine short-range transport aircraft. Russian aviation safety standards have improved in recent years but accidents, especially involving aging planes in far-flung regions, are not uncommon.

An aging Antonov An-26 transport plane crashed in the Russian far east last month killing six people. All 28 people on board an Antonov An-26 twin-engine turboprop died in a crash in Kamchatka in July.