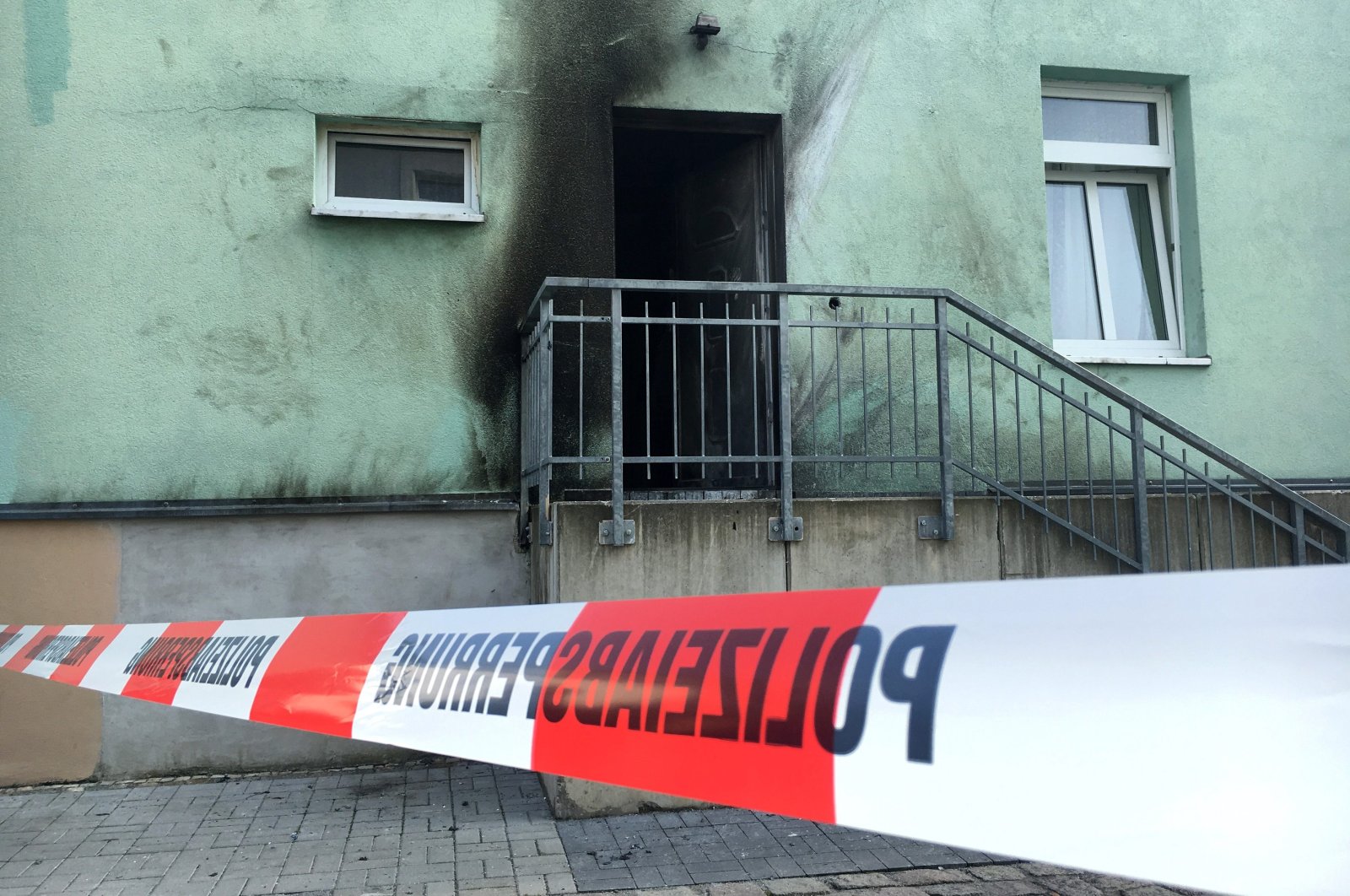 This undated photo shows a mosque in Dresden, one day after an improvised bomb destroyed the entrance, Germany. (Reuters Photo)
by DAILY SABAH WITH AA
Oct 09, 2020 10:47 am

German police recorded 188 anti-Muslim hate crimes in the second quarter of this year, Germany's Interior Ministry said. At least 15 mosques were attacked between April and June of 2020 and dozens of Muslims were physically assaulted or verbally harassed on the street or in a public place, the latest figures released by the ministry showed. Nine Muslims were injured in these attacks.

While criminal investigations were opened against several suspects, no arrests have been made so far, the ministry confirmed. Nearly 40 of the anti-Muslim hate crimes were recorded in the capital Berlin.

Germany has witnessed growing racism and Islamophobia in recent years, fueled by the propaganda of neo-Nazi groups and the far-right opposition Alternative for Germany (AfD) party. Germany is home to 81 million people and is home to the second-largest Muslim population in Western Europe after France. Of the country’s nearly 4.7 million Muslims, at least 3 million are of Turkish descent.

The country has been recording Islamophobic crimes separately since 2017. The total number of cases in 2019 has not been officially announced. In 2018 there were 910, including 48 attacks on mosques alone, a little lower than 2017 with 1,095 crimes. More than 90% of these were attributed to politically motivated crimes by the far-right. Considering that the overall number of crimes has decreased, the assaults have increased, Die Tageszeitung stressed. In 2017 authorities reported 56 Islamophobic assaults with a total of 38 injuries. In 2018, there were 74 offenses with a total of 52 injuries – including two attempted murders.

The latest violent anti-Muslim attacks took place in the town Hanau on Feb. 19. Tobias Rathjen, a terrorist harboring racist views, gunned down nine people of immigrant backgrounds, including five Turkish nationals, before killing himself. The Hanau attack ignited the debate over the seriousness of far-right terrorist threats often ignored by authorities. It was one of the worst acts of terrorism with racist motives in recent memory.

Racist attacks targeting Muslims or immigrants increasingly make the headlines as white supremacists become more efficient in an age where their ideals, or at least parts of them, are going mainstream. Not a single, large terrorist group harboring a racist agenda against Muslims and immigrants exist, but copycat attacks apparently inspire more to take up arms. The tolerant political climate under the pretext of freedom of speech helped far-right sympathizers with violent tendencies expand their support.