2 found guilty of manslaughter in UK of 39 Vietnamese migrants 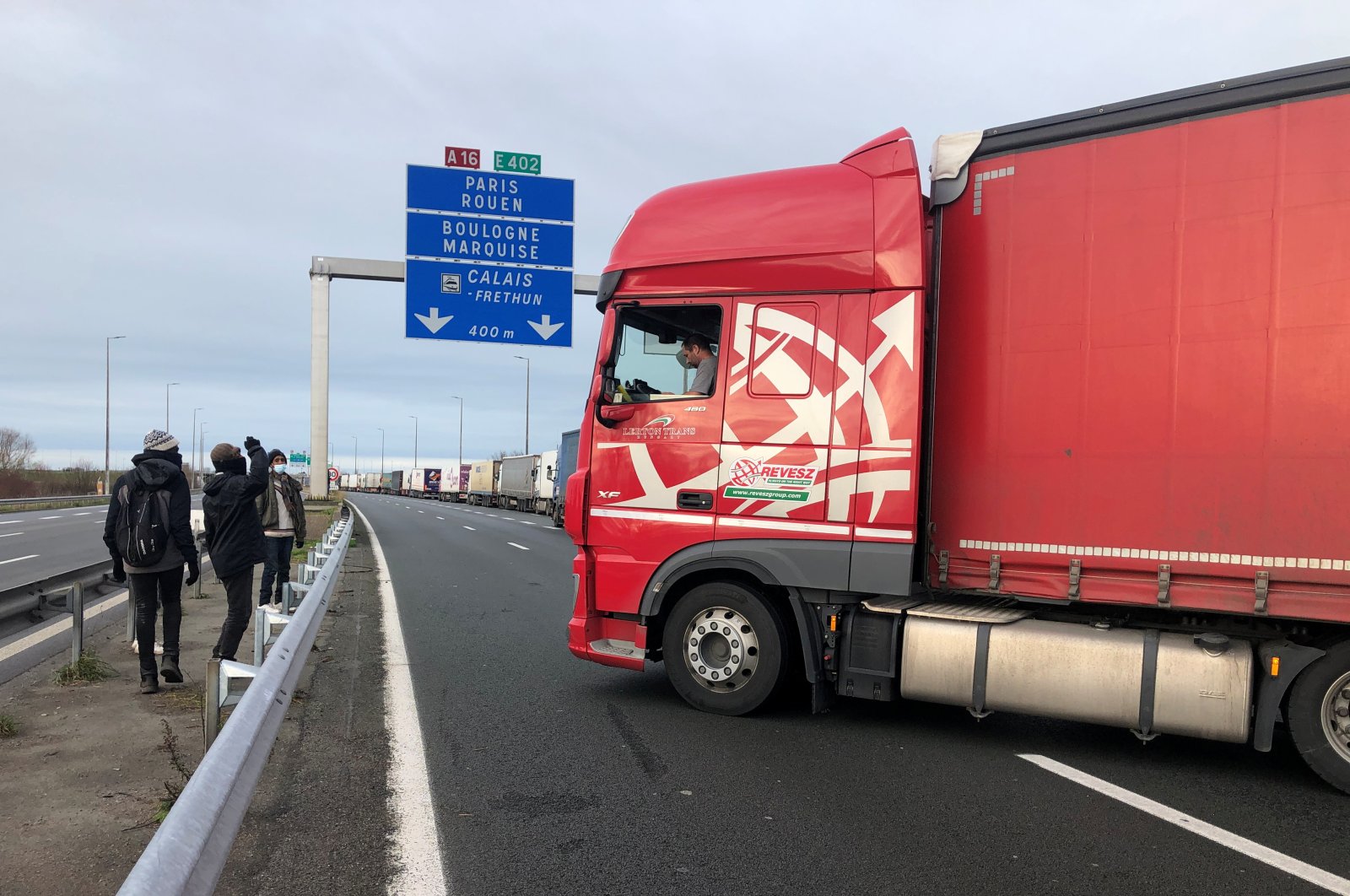 Two people were found guilty on Monday of manslaughter and people smuggling after the gruesome discovery of 39 dead Vietnamese migrants in the back of a truck in England last year.

The bodies of the men and women, who suffocated in sweltering temperatures, were found inside a sealed container near London in October 2019.

Truck driver Eamonn Harrison, 24, from Northern Ireland, and Romanian national Gheorghe Nica, 43, were found guilty on 39 counts of manslaughter by a London court.

They are expected to be sentenced early in January.

Christopher Kennedy, 24, and Valentin Calota, 38, were also convicted for their part in the smuggling operation after the 10-week trial.

All four were found guilty over their roles in a lucrative smuggling ring which prosecutors said had been motivated by greed.

Interior Minister Priti Patel said Monday's verdict had motivated her "to do all I can to go after the people smugglers who prey on the vulnerable and trade in human misery."

"I'm determined to bring callous people, smugglers, to justice and keep our communities safe from the actions of horrendous organized crime groups."

Monday's convictions bring the total number found guilty in the U.K. in connection to the crime to eight.

Prosecutors are considering charges against a further three people.

Maurice Robinson, 26, who collected the container and found the bodies, had already pleaded guilty to 39 counts of manslaughter and conspiring to smuggle people.

The bodies were discovered at the southeastern English port of Purfleet after being sealed inside the container for at least 12 hours, in unbearably high temperatures.

A forensic expert calculated it would have taken about nine hours for the air to turn toxic in the trailer and death would shortly follow.

The victims were between 15 and 44 years old.

Prosecutors said the trapped Vietnamese migrants had no phone signal inside the container, which had its cooling system turned off.

Mobile phones recovered from the bodies of the 39 victims showed that they had tried to raise the alarm and left messages for family members as they ran out of air.

Others had tried to use a metal pole to puncture a hole through the roof and attract attention, the court heard.

During the trial, British police officer Jack Emerson described finding the trailer "full of bodies" when he first arrived on the scene and searched for signs of life.

He said he was unable to check if all who were inside were still alive since they were "closely packed" in the back of the truck.

The deaths of the Vietnamese victims in the U.K. have highlighted the vast and unscrupulous trafficking networks spanning the globe.

Many of them had come from poorer regions of Vietnam with their families, and like others, were plunged into thousands of dollars of debt to people smugglers to pay for the dangerous journeys.

Seven individuals were convicted in September in Vietnam for varying degrees of involvement in the trafficking in the country's central Ha Tinh province.

Investigations in France and Belgium also led to dozens of suspects being charged following an investigation led by the EU's law enforcement cooperation agency Eurojust.