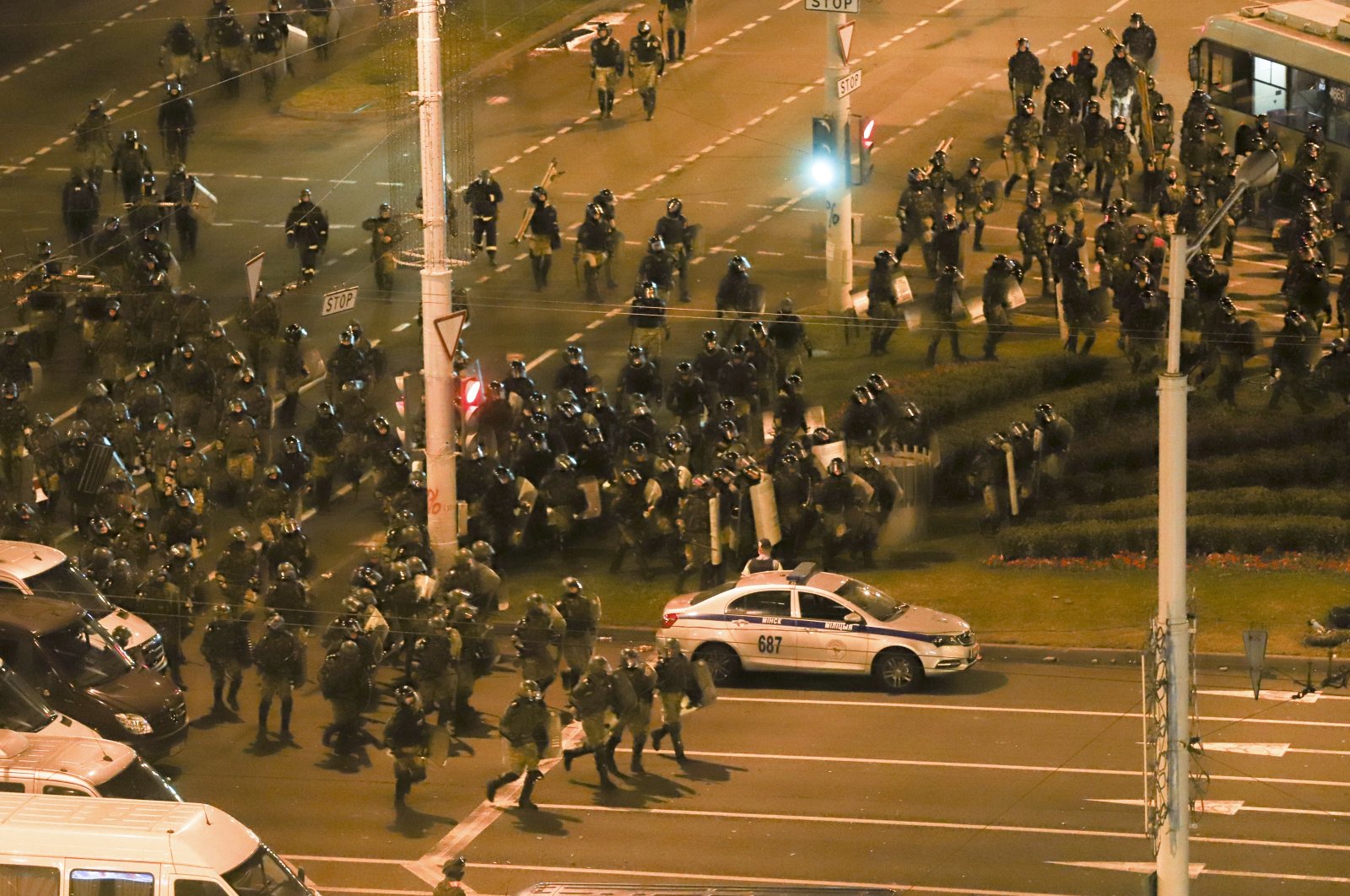 A second protester has died in violent demonstrations sparked by Sunday's disputed election result in Belarus, the country's Investigative Committee said in a statement. The 25-year-old man died after he was detained on Sunday for taking part in illegal protests in the southeastern city of Gomel and sentenced to 10 days in prison.

Riot police have detained thousands at street protests across the country after long-serving leader Alexander Lukashenko claimed a landslide victory. The strongman's opponents accuse him of rigging the election against his main rival, massively popular opposition candidate Svetlana Tikhanovskaya. For the past three nights of protests, at least 6,000 people have been detained and hundreds injured, according to the official count, but even that high toll appeared to downplay the scope. Anguished relatives were besieging prisons across Belarus trying to find their missing family members.

Previously, police said one protester died when an explosive device went off in his hand on Monday. The latest death came as opposition protesters took to the streets to condemn police violence. In the capital Minsk, several hundred women joined hands to form a human chain, many wearing white and holding flowers.

Belarusian officials on Thursday have begun releasing some of the thousands of people detained in a crackdown by strongman Lukashenko that had prompted the European Union to consider imposing sanctions.

Some of those freed in the capital Minsk had bruises and described being tightly packed inside cells and complained of mistreatment, including beatings. A spokeswoman for the interior ministry declined immediate comment.

One of the freed detainees, who declined to give his last name, said there had been 28 people in a cell that would normally contain five. Prisoners took turns sleeping, he said, and were given a single loaf of bread to share over the two days.

"They did not beat me in the cell. They took me out of the cell and beat me there," he added.

Vartan Grigoryan, another freed detainee, had traces of severe beatings on his face.

"I was seized, beaten, taken to prison and beaten again," he told Reuters. "After that, I felt bad and was taken to the hospital by ambulance."

The European Union will likely impose new sanctions on the country as soon as later this month, diplomats and officials said.

Germany, Lithuania, Latvia and Sweden have spoken publicly in favor of sanctions and Austria was another hawk, according to the sources, who spoke on condition of anonymity ahead of emergency talks between EU foreign ministers on Friday.

On Thursday, German Foreign Minister Heiko Maas called on his EU colleagues to increase the pressure on Lukashenko.

At a joint press conference with his Norwegian counterpart, in Berlin for talks, Maas said that the bloc's members were in intensive talks about measures, including sanctions, ahead of a meeting of EU foreign ministers.

"The brutality and the detention of peaceful protesters and journalists in Belarus aren't acceptable in the Europe of the 21st century," Maas told a news conference. "This is why we have to increase the pressure on those in power there."

Michelle Bachelet, the U.N. human rights chief, has also condemned the mass detentions "including bystanders, as well as minors, suggesting a trend of massive arrests in clear violation of international human rights standards."

Meanwhile, Russia's foreign ministry said it was concerned by the situation in Belarus and said there were attempts by outside forces to meddle in and destabilize the country following Sunday's contested election.

The 65-year-old Lukashenko has led the former Soviet state of 9.5 million people since 1994, relentlessly stifling dissent and winning the nickname “Europe’s last dictator” in the West. This year, the economic damage caused by the coronavirus and the president’s swaggering response to the pandemic, which he airily dismissed as “psychosis,” has fueled broad anger, helping swell the opposition ranks – but Lukashenko has dismissed them.