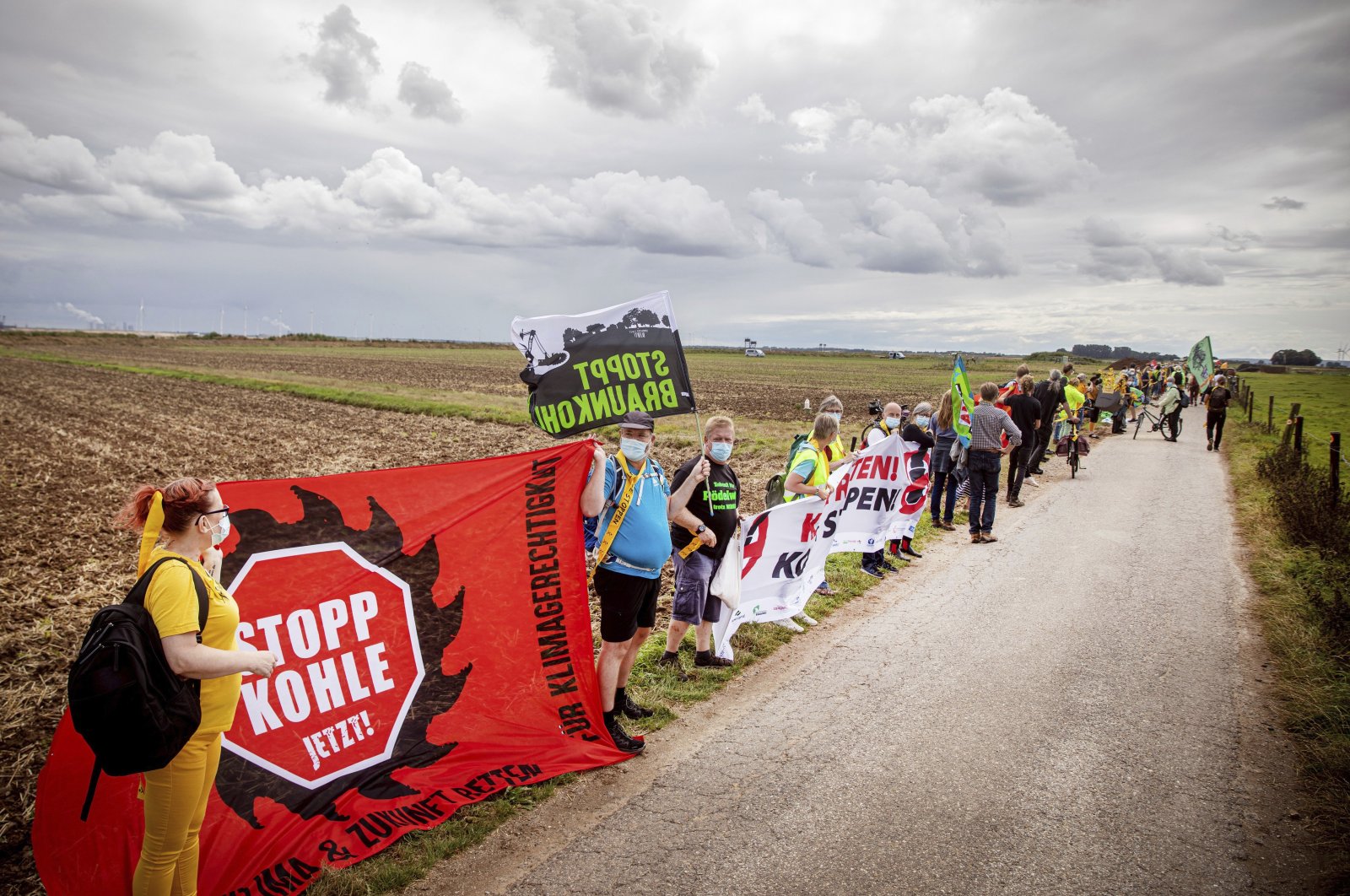 Environmental and climate activists, as well as residents of neighboring villages, form a human chain on the edge of the Garzweiler open-cast mine in Juechen, Germany, Aug. 7, 2021. (Malte Krudewig/dpa via AP)
by German Press Agency - DPA Aug 07, 2021 5:16 pm
RECOMMENDED

Social distancing took a back seat to environmental concerns on Saturday as nearly 2,500 demonstrators linked hands and arms to form a human chain at the Garzweiler open-pit lignite mine in Germany's western state of North Rhine-Westphalia.

In the first major protest action at the site in two years, demonstrators connected the mining villages of Luetzerath and Keyenberg, 4 kilometers (2.5 miles) apart, as they demanded a faster phase-out of coal mining in the country.

The aim was to show that the reduction in damaging emissions laid out in the Paris Agreement could be met.

The environmental organization BUND and the local organization Alle Doerfer Bleiben (All Villages Remain), among others, had called for the protest. The police spoke of a "powerful, peaceful protest."

Several villages have to be cleared in the process of extracting the lignite and Luetzerath is set to be the next one.

Whether other villages that belong to the town of Erkelenz still have to make way for coal mining is to be decided by the end of 2026.

According to a decision of the federal government and the Bundestag, coal mining in the area is to end by 2038 at the latest, when the country's last coal-fueled power plant is scheduled to be taken offline.

The future of coal is a contentious issue in the European Union, especially in countries like Poland, which in May refused an order to shut down one of its coal-burning power plants. Poland is not due to phase out coal mining until 2049.