3 dead, over 40 injured in train collision in Czech Republic 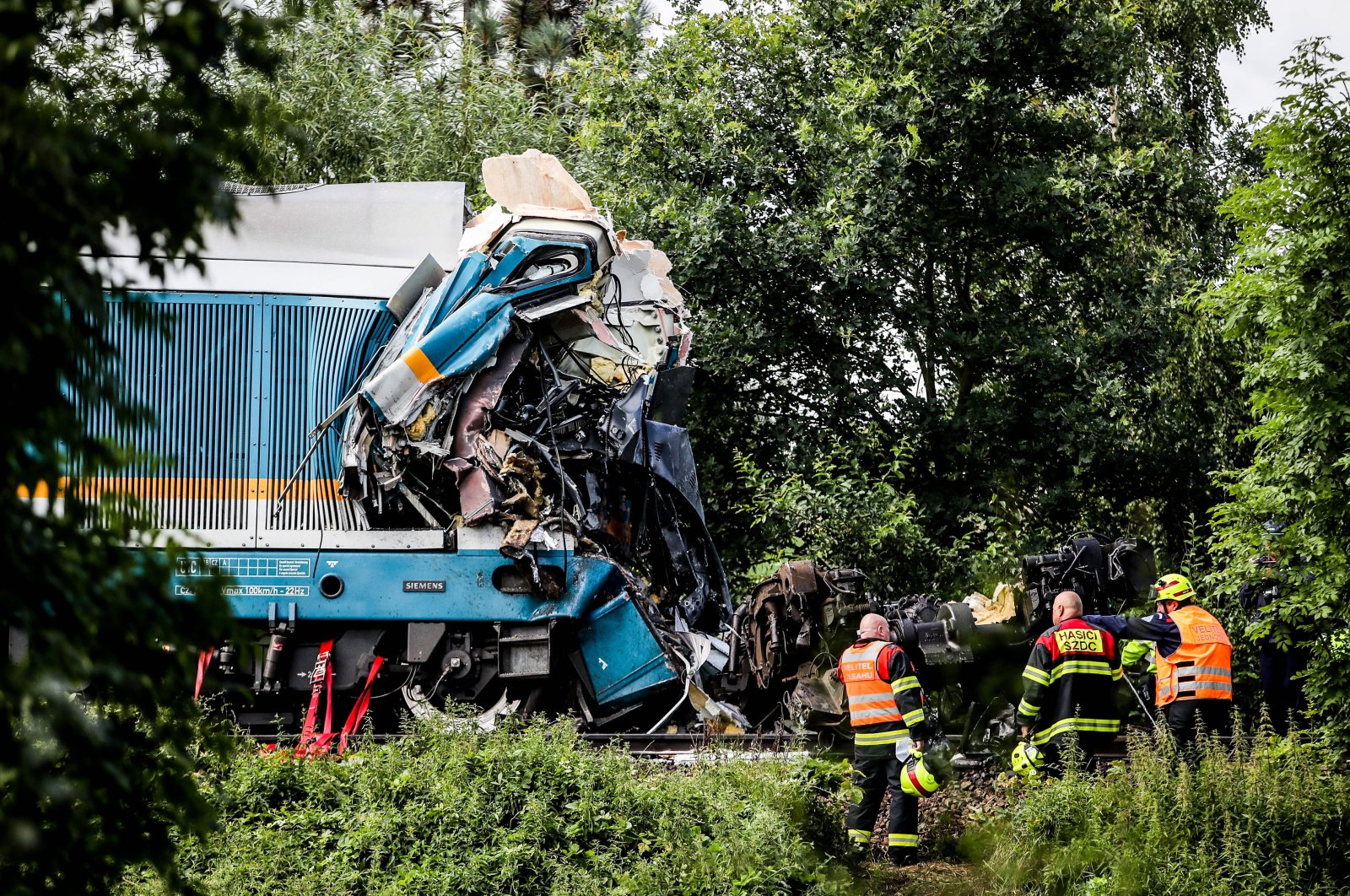 Three people have died and more than 40 others have suffered injuries when a fast train from Munich collided with a commuter passenger train in the Czech Republic on Wednesday.

CTK news agency said emergency services deployed four helicopters after the crash, which occurred after 8 a.m. local time (6:00 a.m. GMT) near the village of Milavce, 140 km (87 miles) southwest of Prague. The regional rescue service said that four people who were seriously injured had been taken away by helicopter and seven others required surgery, while 31 were lightly injured in the crash.

"The Ex 351 went through a signal indicating Stop ... and collided with a passenger train," Transport Minister Karel Havlicek said on Twitter, referring to the express train from Munich to Prague.

TV footage on Czech Television showed the smashed driver's cabin of the fast train's locomotive, as well as the front part of the local train. Both trains remained upright on or near the tracks.

Commander Jaroslav Hrdlicka of the regional fire department said on Czech Television that rescue workers were still looking for one missing person in the wreckage.

"At the moment 31 people whose lives are not in danger are being treated, seven people are in a critical state and two are dead," Plzen region rescue teams' spokesperson Maria Svobodova told iRozhlas.cz.

"The situation is serious," Czech Transport Minister Karel Havlicek said on television after rushing to the scene. He praised the response of the emergency services, members of which had arrived quickly at the scene with dozens of helpers and four rescue helicopters.